Up in Bonner’s Ferry, Kootenai River Brewing is quietly brewing up fine beers and big meals 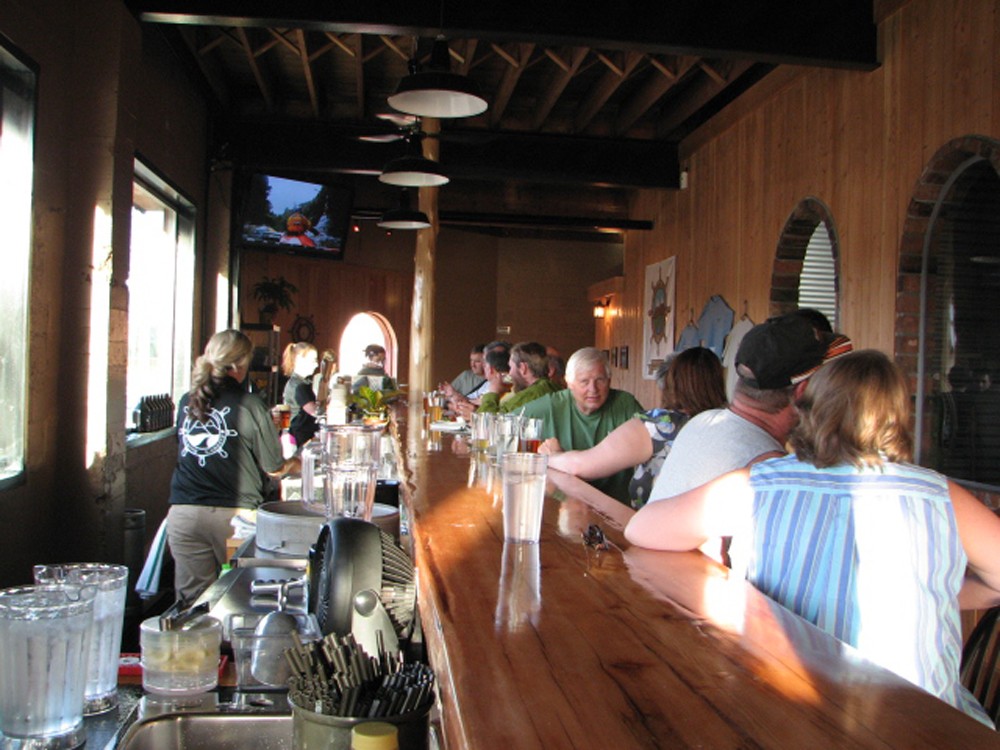 Some people retire and take up fishing or golf. Mike Naumann, who retired from law enforcement in 2009, opened a brewery. A successful brewery, at that, with five beers on tap and a beefy menu that has us wondering if this is a brewery with a restaurant or a restaurant with its own brewery.

When Bonners Ferry-based Kootenai River Brewing Company celebrates its one-year anniversary in August, it will do so as the northernmost brewery in Idaho. Its 10-barrel operation produces five standard beers: crisp pilsner, pale ale, a malty IPA, huckleberry wheat (using local berries), and a dark, chewy porter. Tasters ($7) are served on a wagon wheel in order from from light to dark.

Handsome steel brew tanks are visible inside this renovated 1940s-era automotive service building, yet the real view is outside. One wall faces Bonners Ferry’s historic downtown as it backs up to busy Highway 95, while another wall faces Kootenai River. Outside is an upper deck for warm-weather dining and a spacious concrete patio for live music and special occasions.

We sampled crunchy black and tan fish and chips with dill caper sauce ($12) and the pulled pork sandwich with smoky chipotle BBQ sauce ($8). Other temptations include the garlic burger ($9), gorgonzola pasta ($11) and prime rib ($18/$22) on the weekends.

Kootenai River’s appetizers and a salad could easily be a meal. Choices include beer-steamed clams with sausage and onions ($11) or tempura mushrooms ($6) and Brewer’s Salad of blue cheese, caramelized onions and tomatoes ($8). The Brie plate with bourbon apple chutney would pair well with any of their featured wines from brother Don Naumann’s California vineyards. Guess it runs in the family.