Vancouver's Said the Whale still searches for a stateside audience 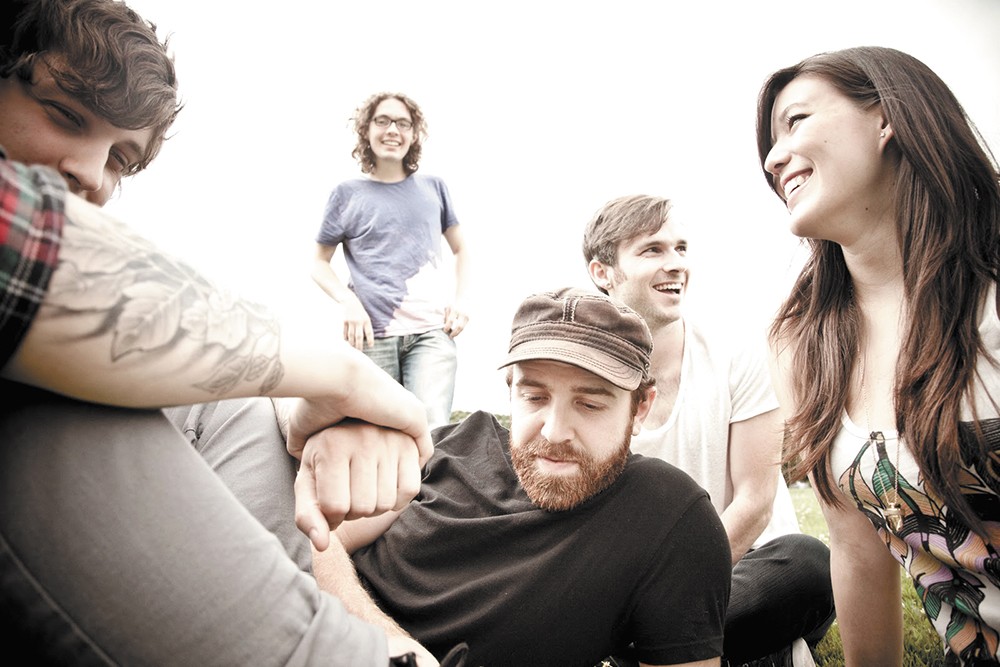 Pop rock quintet Said the Whale has received plenty of acclaim in their home country of Canada.

Songwriting. Recording. Touring. Paperwork. Band practice. Promotion. Live show. Paperwork. This is all just part of the routine for Vancouver, B.C., indie pop quintet Said the Whale. In order to survive as a band in Canada, especially one with aspirations of breaking big in the United States, there's a never-ending cycle of applying for grant money.

Canada has an extensive grant program for bands the same way traditional arts organizations do in the U.S. Groups can apply for funding to help with their next career steps and proudly represent Canadian music on the global scene. The process for getting that money (i.e.: filling out forms) can be as dry and boring as one might expect, but Said the Whale isn't scoffing at it.

"That funding is always being threatened in one way or another by government cutbacks," says singer/guitarist Tyler Bancroft. "But while it exists now, we're all tremendously lucky to have it. There are a lot of tours that would be impossible if it weren't for arts grants."

Said the Whale's sound is centered on the two-singer dynamic of Bancroft and Ben Worcester. Bancroft's songs tend to be more of the shiny pop singles and hushed love songs, while Worcester sings more folk-tinged tales about nature's beauty and old love. Even their looks contrast, Bancroft appearing more the casual rock frontman who could make teen girls swoon. The bearded and hat-adorned Worcester seems like he'd be most at home strumming around a campfire. The mix makes for wonderfully appealing feel-good pop rock that's received plenty of acclaim up north. In 2011, the group won the Juno (Canadian Grammy) for New Group of the Year.

Unfortunately, homeland success doesn't always cross the Canada-U.S. border. "That invisible line is deafening," Bancroft says. In order to truly make this a career, Said the Whale — like just about every other Canadian group — needs to find a stateside audience. The band's quest to break into the U.S. was even captured in the Canadian Broadcast Corporation's 2011 documentary Winning America, which shows the spirit of frustration of a band trying to break out at South by Southwest.

After receiving some American airplay last year with "I Love You" — the infectious single from the superb album hawaiii — and opening U.S. tours for Tokyo Police Club and Stars, Said the Whale is ready to gauge its stateside popularity once more.

"This tour will be a litmus test for if our extensive touring has paid off," Bancroft says. ♦