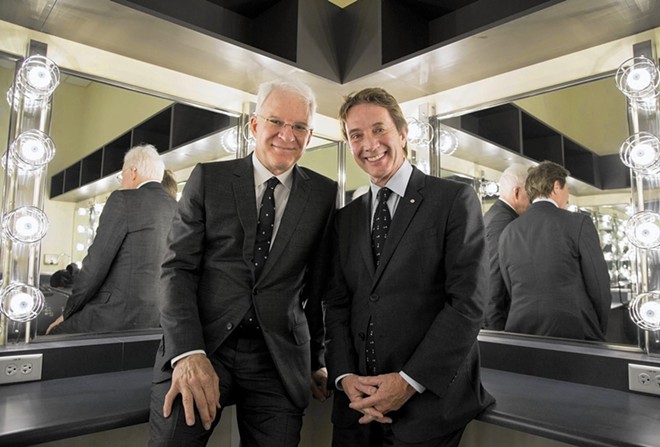 Get excited, music fans. Northern Quest Resort & Casino has announced its first summer concerts for 2019, and the roster has something that should please just about everybody.

All tickets go on sale this Friday, Dec. 7. Here's what you can look forward to:

June 19 — Judas Priest
The British heavy-metal band pioneered both the look and sound of the genre in the early '80s, finding mainstream success with hits like "Breaking the Law" and "You've Got Another Thing Comin'." $49-$99.

July 21 — Steve Martin & Martin Short
The legendary comedians canceled their 2016 tour stop in Spokane, but they're finally making it up to us. Following the release of a Netflix special this year, they're back on the road with a new stand-up and variety show dubbed "Now You See Them, Soon You Won't." $69-$119.

Aug. 18 — "Weird Al" Yankovic
The beloved pop parodist was just in Spokane in May — read our interview with him here — and he'll be returning with a full orchestra and a setlist of his biggest hits. $39-$69.