Tina Fey and Paul Rudd do their best, but can’t buoy Admission 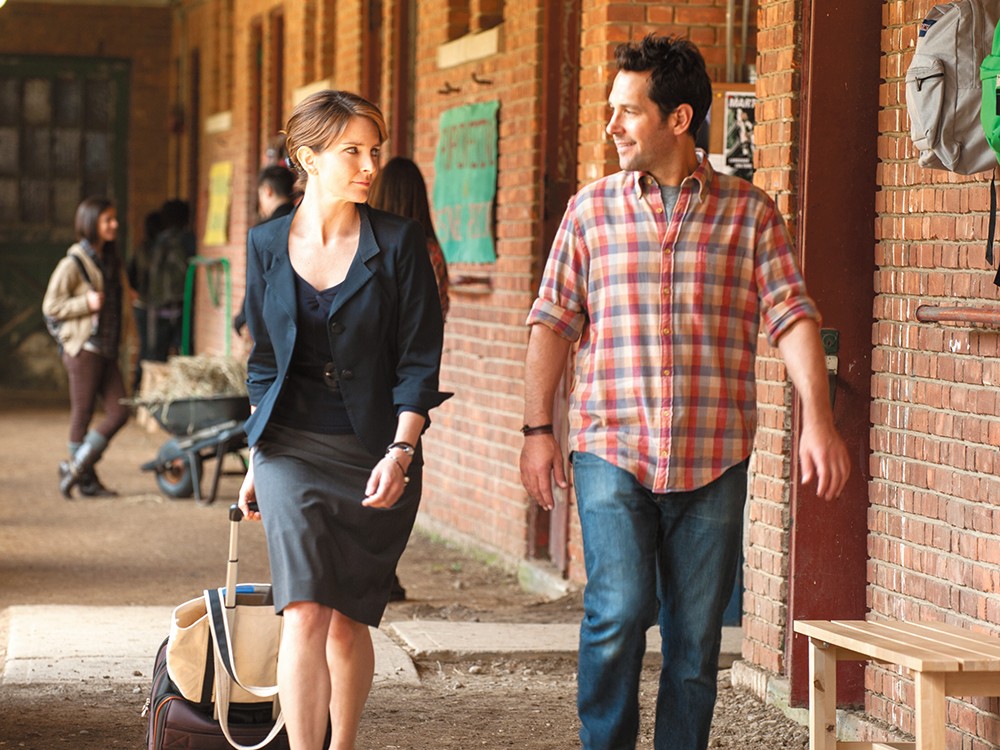 Tina Fey fans probably won’t be disappointed in this lightweight film, even though Fey plays it more bland than funny, as is called for her character. But fans of the novel it’s based on are going to have some problems, in that so many of the story’s elements have been changed beyond recognition.

The basic plot is about Princeton admissions officer Portia Nathan (Fey) having some difficulties concerning Jeremiah (Nat Wolff), a bright but quirky high schooler who’s applying there. There’s also John Pressman (Paul Rudd), who runs the developmental high school that Jeremiah goes to. And for any feminists out there, don’t worry: Portia’s mom, Susannah (Lily Tomlin), has some screen time. Book and film are similar on those points.

But even though this still remains a study of parent-child relationships, book-to-film changes in plot development, message and eventual outcome are likely going to outrage certain readers.

Too bad that’s not the only problem. The film stands on its own, but it doesn’t stand very tall. Both Fey and Rudd really underplay their roles. Rudd is usually good at this kind of thing, letting a mischievous glance reveal what he’s planning to do, or putting on a blank expression that lets you feel his character’s exasperation. But this time he comes across as a shy dullard, a guy who wants to do the right thing — help get this kid into college — but doesn’t know where to begin. Fey appears to be the victim of a director who’s told her to hold back until it’s time to unleash her inner self, which she does a couple of times in what amounts to nothing more than an emotional catfight with a coworker. You want to feel for these two nice, caring people, but it’s difficult when they’re so uninteresting.

On the positive side, there’s Tomlin, who lights up the screen as the feisty Susannah, an independent spirit who was no doubt up in the front lines when the women’s movement got its start and has never backed off. One of the film’s best — and most meaningful — sight gags is the tattoo of Bella Abzug on her shoulder. (Those of you too young to get it should Google her.)

Director Paul Weitz is a little too loose with the film’s moods, as they change from way up to way down too quickly. But neither he nor scriptwriter Karen Croner can be blamed for the hard-to-take, not-very-believable ending. That problem rests solidly with novelist Jean Hanff Korelitz and the way she ended the book. Why couldn’t the filmmakers have changed that?