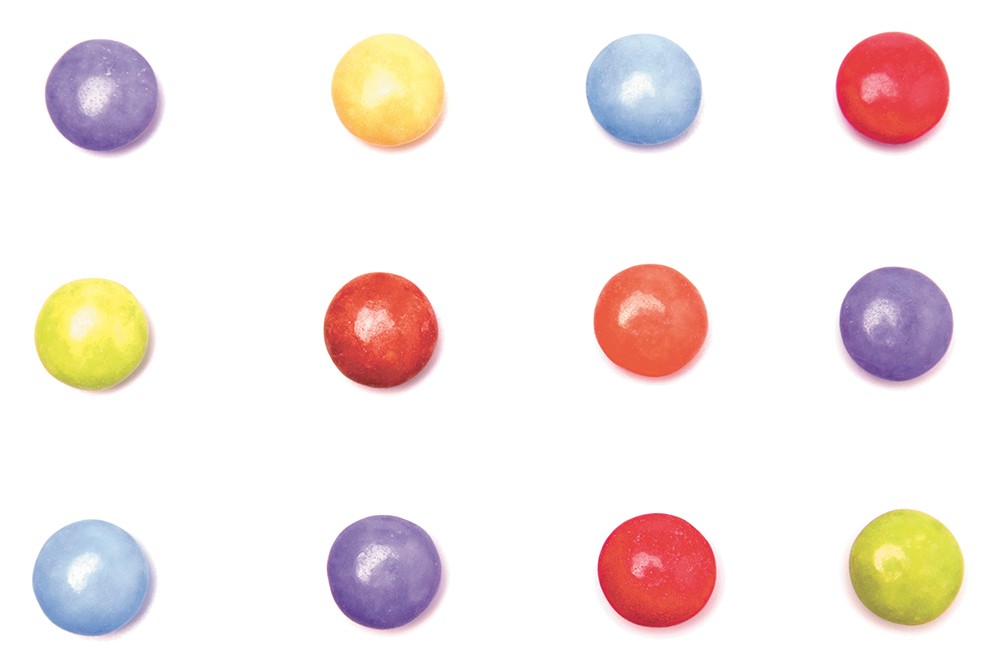 and flavors from its candy bars. The company said it was doing so in response to consumer preferences, not because there was anything dangerous about the artificial products it was using.

Nestlé isn't the only company making the switch. Hershey's is beginning its journey in this direction as well. Luke J.W. Haffenden, the chief flavorist with Novotaste, a Montreal-based flavor solutions provider, told me he thinks these moves are just the tip of the iceberg, especially with regard to phasing out artificial colors.

"In the food industry, in the last couple of years, it has been a hot topic of discussion. You go to any of these huge conventions, and a significant portion of companies are manufacturing, selling and/or distributing natural color options," Haffenden says. "Some of these companies are making lots of noise, because they think that it will be a marketing advantage. And some are quietly reformulating and hoping nobody notices."

It's part of a general trend toward moving to natural ingredients, in terms of colors, flavors and other functional ingredients, such as preservatives, he says. This change is being driven as much by consumer sentiment as it is by the increasing availability of viable natural alternatives. Only in late 2013, for example, did a naturally derived blue coloring come on the market, an extract of the bacteria spirulina. But there are also health considerations percolating, often below the surface, and with health concerns come legal concerns. Artificial colors are of particular concern, Haffenden says.

"When you have a company like Nestlé that has a worldwide initiative to remove all artificial coloring, that says something. And they aren't just doing this for the marketing value," Haffenden says.

At home, Haffenden is picky about what kinds of food colorings his two children consume, regardless of whether they're currently approved by government regulatory bodies. "If it's got Blue #2, for example, I would prefer that my kids limit the consumption of this product over an extended period of time. Though generally speaking, I'm more concerned about the sugar content."

Haffenden is hardly one to fear chemicals simply because they are synthesized in a lab, or have unpronounceable names. His job involves using chemicals to manipulate the taste, texture, color, and other properties of processed foods. When it comes to safety, Haffenden evaluates these on a case-by-case basis, with an understanding of what certain chemical structures can do physiologically. With chemical structures, he says, "there tends to be relationships between activity, toxicity, odor and taste, as well as other chemical and physical properties."

He emailed me the chemical structure of Red #2, which has been banned from use as a food additive since 1976, as a suspected carcinogen. Synthesized from petroleum products, it consists largely of circular carbon chains called benzene rings, with some protruding groups of sodium sulfate. Haffenden also sent the structures of several other artificial colors that are currently approved for use, and pointed out how similar the structures of these are to the banned Red #2.

"Many natural colors have degradation products that are very useful to the body," he wrote. If a chemical that is found in nature is synthesized in a lab for use in food, he's OK with that too. But he's suspicious of synthesized chemicals that do not have comparable natural analogs.

"As a food chemist/flavorist, I realize that there is a reality that products need to be colored properly, because a consumer's decision making is based on multisensory cues," he wrote. "But more and more, as a dad, I prefer to buy products with ingredients that exist in nature. Such pigments are more likely to be antioxidants."

By contrast, Haffenden referred me to the orange pigments beta-carotene, found in carrots and chili peppers, among other foods, and lycopene (found in tomatoes) as not only less troublesome, but potentially beneficial. Beta-carotene is a precursor to vitamin A, and lycopene is an antioxidant thought to help with a range of medical issues helping to ward off prostate cancer.

This isn't to say Haffenden thinks that just because something is "natural" it's OK. But on balance, he says, there's more to like, and less to fear, with naturally derived colorants. With the recent approval of a natural blue food coloring, food companies have one less excuse for making the switch.

Not only do colors with natural analogs come with fewer unknowns and even the occasional health benefit, he said, they also can add subtle complexity to the flavor of the products they color. He points to Smarties, a Nestlé product that in his native Canada is something like what we would call M&Ms:

"I love the new Smarties because the natural colors contribute a residual taste in some cases. The colors are all extracts from plants, fruits, vegetables and spices, and they add a subtle element. You've got that candy coating that has something there, but you can't put your finger on it, and then you bite in and the chocolate flavor comes in. It's a much more complex taste." ♦