Nothing But A Number 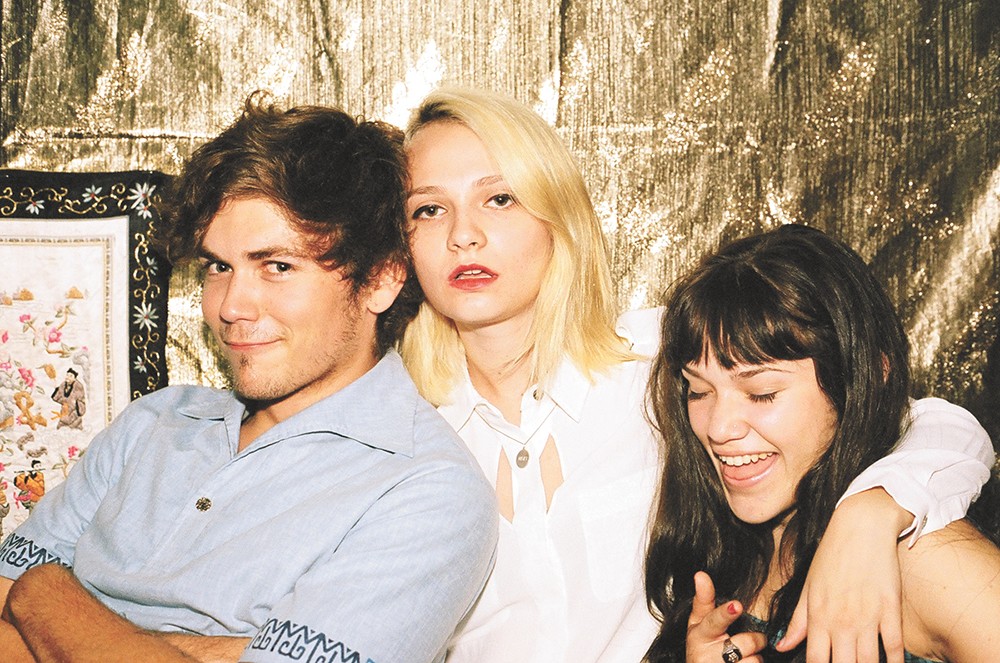 With an average age of 19, the members of Los Angeles garage-rock trio Cherry Glazerr understand their youth is an interesting selling point. But that doesn't mean they like it.

One aspect of being a teen in a band that's not so easy to ignore, however, is high school. Uribe attends an arts school, but class and music don't always go hand-in-hand. March's South by Southwest music festival, for example, found Uribe struggling to complete assignments between shows.

Uribe says her parents understand that she wants to pursue music and education, and don't push her towards one path.

"They want me to do my best in school and have fun with the band," Uribe says. "They know I'm serious about both things, so they're totally supportive in both areas."

After Creevy met bassist Sean Redman, 23, at a Musicians Institute program, the group began working on what would become 2013's Papa Cremp. The trio was soon back in the studio, reworking Papa Cremp songs and writing new material for their full-length debut, January's Haxel Princess.

"I had a lot of fun collaborating with Clem and Sean," Uribe says. "We were getting to know each other as a band and seeing what sounded right."

Album opener "Cry Baby" has a surf-pop vibe, while the title track and "White's Not My Color This Evening" are fuzzy punk jams with riot grrrl attitude. "Trick or Treat Dancefloor" is dark dream-pop through and through.

There's a refreshingly straightforward quality to Creevy's lyrics. "Grilled Cheese" is about a sandwich; "White's" is a rant against Aunt Flo. In "Bloody Bandaid," Creevy tells a former crush, "I like the way you smell/And I wanna go to shows at The Smell with you."

Currently on summer vacation, Uribe has one year of school left and is contemplating her future plans. She wants to keep playing music but hasn't ruled out college.

"That decision is going to be tough when it comes around," Uribe says.

For someone so young, she's got plenty of time to figure things out. ♦