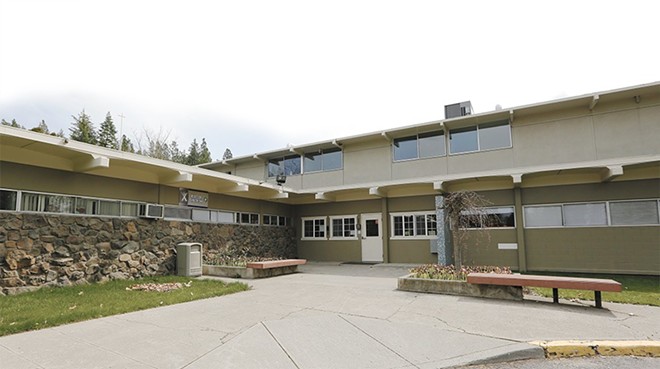 Young Kwak photo
Excelsior says it's shifted its focus since this picture was taken in 2017.

Two years ago, Excelsior Youth Center couldn't get out of the headlines.

Kids staying in Excelsior's residential child welfare program were constantly running away and landing on the street. Neighbors of the center in northwest Spokane were getting aggravated with the crime. And the state had to be careful about placing foster kids who need behavioral health treatment at Excelsior, especially if those kids had a history of running away from placement. (We wrote a cover story explaining these issues in-depth at the time.)

But it appears the issue with kids running away from Excelsior has turned around. Data from the Spokane Police Department shows a drastic drop in runaway reports and calls in 2018. There were 910 runaway reports in 2017, according to SPD data. In 2018, there were only 65.

It's a transformation that Spokane Police Chief Craig Meidl calls "nothing short of miraculous." Meidl says the Police Department began partnering with Excelsior in late 2017 to "increase the safety" of the people living and working there.

"This is a clear indication of Excelsior's desire to help those who are experiencing difficulties in their lives while also being mindful of their surrounding neighbors," Meidl says in a statement. "I could not be more pleased with the collaboration and progress that has transpired in such a short amount of time."

The drastic reduction in runaway reports coincides with a shift in focus for Excelsior. Two years ago, Excelsior was called "Excelsior Youth Center." Now, it has rebranded to "Excelsior Wellness Center," to reflect an emphasis on treating not just youth, but entire families, says Ryan Kiely, chief integration officer for Excelsior. Youth in residential treatment now have access to wraparound services, which Kiely says has been a "huge benefit to the stabilization of our campus." He adds that Excelsior has focused on more activities so that the campus environment is more fun and engaging.

Yet one of the main contributors to the reduction in runaways is the overall reduction in kids in the residential program. Residential treatment went down by about 50 percent from 2017 to 2018. There are about 20 kids in the program currently.

"It has been way reduced," Preuninger says.

Kiely adds that Excelsior is currently working on building a new 32-bed facility to expand beds for psychiatric and mental health services. Most of the kids currently in residential treatment will move over to those beds, he says, likely in the fall. That will allow Excelsior to expand other lines of treatment, he says.

All of it has contributed to a change at Excelsior, he says.

"It's a dramatic shift in our focus," Kiely says, "and then in our outcomes."