Open enrollment begins on October 1. Here’s what you need to know 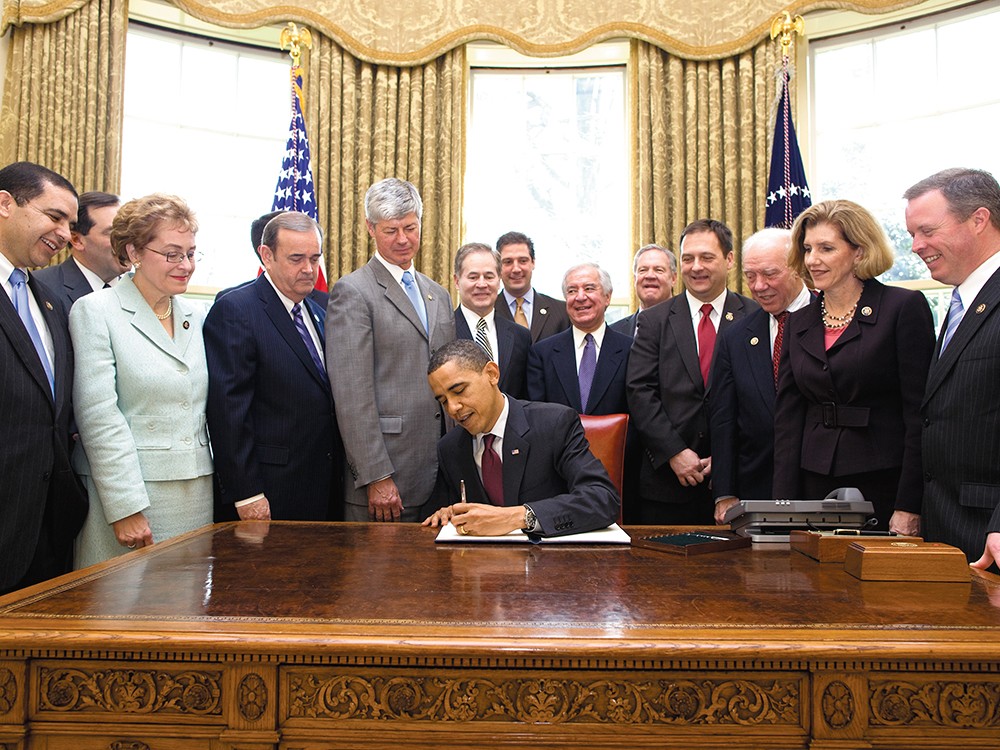 Open enrollment in Washington and Idaho’s health insurance exchange is a mere month away, and yet widespread public ignorance about President Obama’s Affordable Care Act persists. A Kaiser Family Foundation study found in June that a full 45 percent of people knew “nothing at all” about the online marketplaces where consumers can compare and shop for insurance plans starting on Oct. 1. To clear up any lingering confusion, here’s brief a primer on what you need to know. Got more questions? Send them to editor@inlander.com, and we’ll answer them on Inlander.com.

Who has to purchase health insurance from the exchange?

Who doesn’t have to?

Indian tribal members, undocumented immigrants, incarcerated individuals and religious objectors are exempt from this rule, as are people who don’t make enough income to file taxes (about $9,500 for individuals and $19,000 for married couples) and those who would have to spend more than 8 percent of their monthly income to afford the cheapest policy. And if you’re one of 250 million Americans who is already insured — through your or your family’s employer or a government program, like Medicare or Medicaid — you’ve satisfied the individual requirement.

How much will I have to pay?

Monthly premiums for health insurance bought through the exchange will vary by age, geographic area and tobacco usage. Older people, for instance, can be charged three times as much as younger people, and smokers could face a 50 percent surcharge. There will be four tiers of plans available on the exchange, differing in cost and coverage. “Bronze” plans will have the lowest premiums, but the most out-of-pocket expenses; insurers will cover only 60 percent of medical costs. The three higher tiers — silver, gold and platinum — have progressively heftier premiums, but insurances companies will provide more coverage: 70 percent, 80 percent and 90 percent of medical bills, respectively. No matter which plan you choose, the law requires all insurance plans to cover 10 broad “essential health benefits” categories, including mental health treatment, maternity care, prescription drugs and hospitalizations. Under ACA, it’s illegal to deny patients coverage due to pre-existing conditions and charge women higher prices based on their gender.

What if I can’t afford my monthly premium?

If you purchase insurance from the exchange and your income is up to 400 percent of the poverty line (about $45,960 for an individual and $94,200 for a family of four), you can apply for a subsidy from the federal government to offset the cost of your premium. These premium subsidies are “advanceable tax credits,” explains Sallie Sanford, an assistant law professor at the University of Washington, “so they basically act as a discount,” meaning the money will be paid directly to the insurer. People with lower incomes will qualify for larger subsidies. You can estimate the size of your subsidy using the Kaiser Family Foundation’s interactive calculator (available at kff.org/interactive/subsidy-calculator). But if you’re poor, uninsured and live in Idaho, where the state Legislature has chosen not to expand Medicaid coverage, “you’re really in a pickle,” says Sanford. In states that haven’t expanded Medicaid, non-Medicaid-eligible people with incomes below the poverty line will not qualify for health insurance exchange subsidies. “Community health centers are an option for people who don’t have health insurance because they offer care on a sliding-scale basis,” says Sanford.

I’m young, healthy and uninsured. Should I still get insurance?

Accidents happen. Illnesses strike. If you want to be prepared for the worst, health insurance is a smart idea. But it’s expensive. The good news is if you live in Washington, where lawmakers have opted to expand Medicaid for people who earn up to 138 percent of the federal poverty level, you can stay on your parents’ health insurance plan until you’re 26. If you’re under 30 and have limited income, you can purchase a “catastrophic” plan from the exchange to protect you from unexpected costs of a major injury or illness. It will cover all the essential benefits, but its deductibles will be higher. Catastrophic plans aren’t eligible for premium subsidies. If you need help weighing your options, “navigators” will be available to guide you through the online exchange through the enrollment period ending on March 31, 2014.

The Affordable Care Act is the president’s signature legislative achievement; it’s unfathomable that Obama would cave to Tea Party activists and sign off on the bill’s demise. At a town hall last week, Republican Rep. Cathy McMorris Rodgers admitted as much, saying defunding or repealing ObamaCare simply isn’t “realistic.” “I do think there are provisions in the law that we can get delayed,” she added. “Or provisions in the law we can get defunded.” As it stands, Republicans in Congress simply don’t have the votes. Sens. Mike Lee, R-Utah; Ted Cruz, R-Texas; and Marco Rubio, R-Fla., so far have collected just over a dozen signatures from their Senate colleagues pledging to shut down the government at the end of September if ObamaCare isn’t gutted. They need 41.