for many people in the Inland Northwest. For those with the "endless summer" mindset, it's the sudden realization that the temperature has dropped and the summer is over; it'll be another eight months before the boats go back in the water, shorts and flip-flops are the regular attire and summer nights go well into the late hours of the evening.

Then there are those who only tolerate the hot weather and lack of clothing as a means to an end, when the temperatures start dropping again, ski resorts start posting weather predictions for the upcoming winter, and ski and snowboard shops bring in all of their new gear for the upcoming season. Typically, these folks work endless hours in the summer, so their winter can remain wide-open for those unexpected powder days and storm-chasing adventures.

Then there are those who make the most of all four seasons, only using the "shoulder" seasons as a means to get those "honey-do" lists completed before taking advantage of all the Inland Northwest has to offer.

October brings an urgency matched by no other month, no matter which category you fall into. For those stoked about the upcoming season, it's about the urgency of getting into slope-worthy shape, buying the new gear you're reading about in the newest publications, anticipating the first snowfall and waiting for your favorite resort to announce Opening Day. For those less stoked for snow and winter's arrival, there's an urgency to buy a plane ticket to somewhere tropical and a need to avoid the inevitable inversion that brings grey skies and frigid temperatures for what can sometimes be several months. For those who take advantage of all four seasons in the Inland Northwest, there's no urgency at all: They're enjoying the cold, crisp days, hiking, biking and getting those to-do lists done in time to make first chair on Opening Day.

October can be a hard month, as the weather can't make up its mind — snow in the morning, sunshine in the afternoon and the sun setting earlier every day. For those looking forward to this winter, there's good news: Those much-anticipated Opening Days should be arriving within the next month or so. ♦ 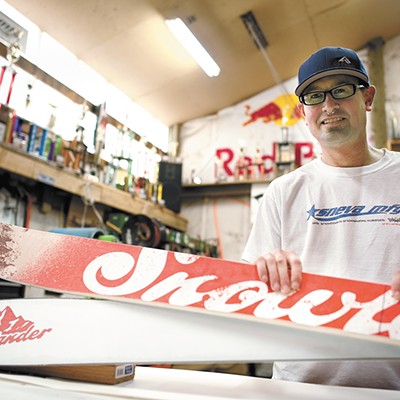