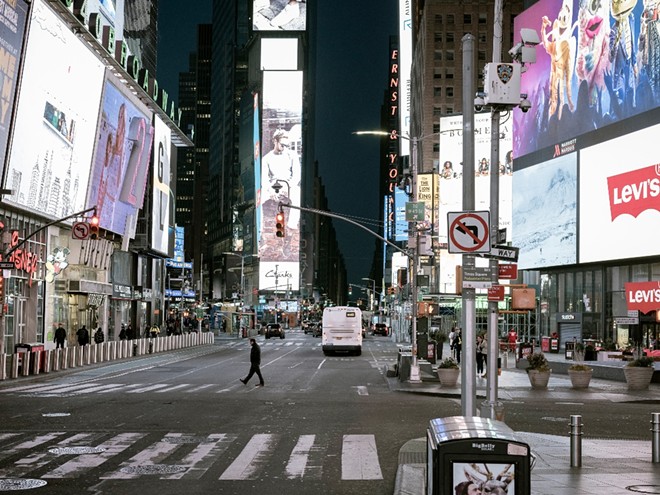 The pandemic recession is officially over. In fact, it has been over for more than a year.

The National Bureau of Economic Research, the semiofficial arbiter of U.S. business cycles, said Monday that the recession had ended in April 2020, after a mere two months. That makes it by far the shortest contraction on record — so short that by June 2020, when the bureau officially determined that a recession had begun, it had been over for two months. (The previous shortest recession on record, in 1980, lasted six months.)
But while the 2020 recession was short, it was unusually severe. Employers cut 22 million jobs in March and April, and the unemployment rate hit 14.8%, the worst level since the Great Depression. Gross domestic product fell by more than 10%.

The end of the recession doesn’t mean that the economy has healed. The United States has nearly 7 million fewer jobs than before the pandemic, and while GDP has most likely returned to its prepandemic level, thousands of businesses have failed, and millions of individuals are still struggling to get back on their feet.

To economists, however, recessions aren’t simply periods of financial hardship. They are periods of economic contraction, as measured by employment, income, production and other indicators. Once growth resumes, the recession is over, no matter how deep a hole remains. The recession that accompanied the 2008 financial crisis, for example, ended in June 2009 — four months before the unemployment rate hit its peak, and years before many Americans began to experience a meaningful rebound.

The unusual nature of the pandemic-induced economic collapse challenged the traditional concept of a “recession.” The National Bureau of Economic Research defines a recession as “a significant decline in economic activity that is spread across the economy and that lasts more than a few months.” Taken literally, the latest downturn fails that test — the recession lasted mere weeks. But the bureau’s Business Cycle Dating Committee decided that the contraction should count nonetheless.