Europa has been pulling diners into its home below the train tracks for nearly 30 years. 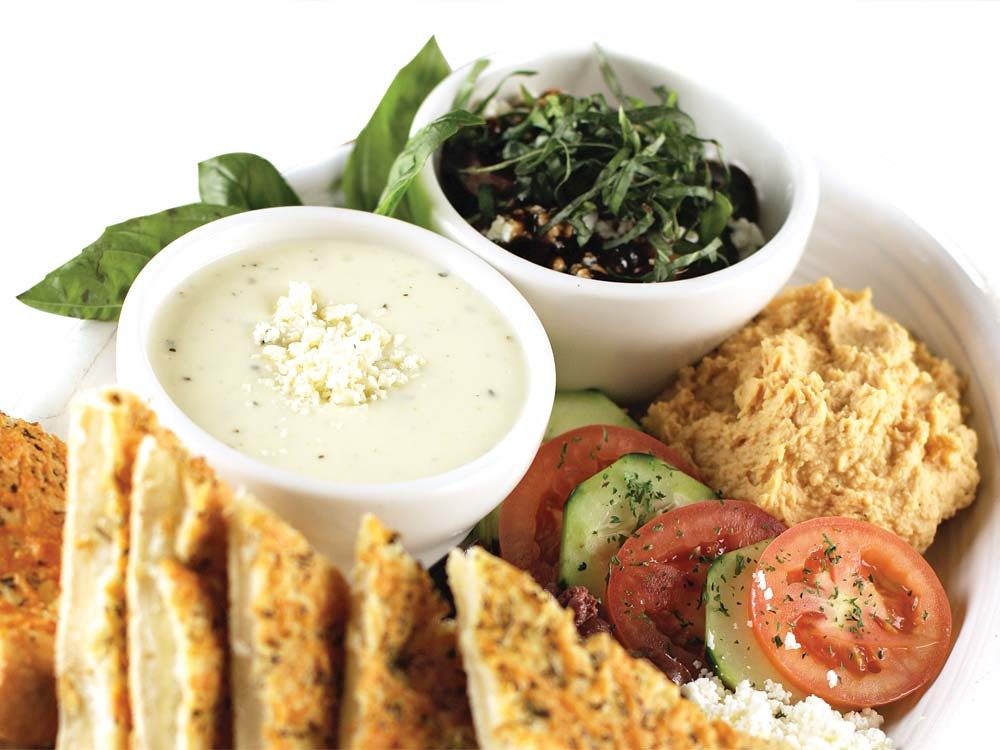 A lot has happened since 1982, the year Michael Jackson released Thriller. In the food world, there’s been a revolution with international flavors, haute cuisine and local ingredients being mixed and matched. In Spokane, Europa Restaurant has been a crowd-pleasing favorite all that time for its ample, affordable portions of rich comfort food. Staying in business 30 years is quite an accomplishment, and it makes you wonder: How do they do it? By adapting to the changing times or by offering more of what’s been working for so long?

That was my question as I surveyed Europa’s pleasant little dining room, with its cheery wall of trompe l’oeil vistas through faux Italianate arches that evoked Tuscan hills facing walls of exposed brick that evoked Spokane’s history. The bar area next to where we were seated is as comfortable as your own living room.

But the aging décor really wasn’t our main concern; when our server arrived with menus and the wine list (nice local choices, by the way), my companion and I got down to business. We were hungry.

We started with the sampler appetizer platter ($11).

The “basil romas” — Roma tomatoes with basil, feta and olive oil drizzled with a delightfully sweet balsamic reduction — were served in a bowl. I liked the feta standing in for the more common fresh mozzarella. And in spite of the fact that it’s January, the to matoes

were surprisingly flavorful. The combination was delicious on the hot, fresh focaccia bread. I also enjoyed the crisp, cold cucumber slices and more tomatoes with the hummus, our second appetizer. The hummus had a nice texture, but a little too much raw garlic. The third selection in our trio was the gorgonzola fondue. A little of this extraordinarily rich dip goes a long way. Overall, a bright — and filling — start to our meal.

Next up were soup and salads. Our server particularly recommended the Mulligatawny stew, definitely not what comes to mind in an Italian restaurant, but since I love curry, I had to have it. The soup, while nicely spiced, arrived looking so haggard, with a thick, gluey texture, that I quickly lost interest in it.

My companion went for a dinner-salad version of the harvest pear salad. It featured heaps of heavily candied nuts, dried cranberries, poached pears dressed with a raspberry vinaigrette, on a base of baby greens. He liked the poached pears, but the whole thing was on the sweet side. “This is more like a dessert than a salad,” he said.

There are a number of very reasonably priced pasta entrees on Europa’s menu — from spaghetti with meat sauce ($11) or marinara ($11), to lasagna

($13). One of the most popular menu items, according to our server, is the chicken piccata ($16) served with linguine. I decided to try the sampler of two items ($13) — I chose sweet pepper tortellini and manicotti. The menu touts the restaurant’s “famous sweet red pepper cream sauce,” and it’s worth noting. The red pepper gave the sauce a lovely rosy-orange color and a piquant flavor. Tangy, yet rich, it was a nice complement to the not-too-cheesy tortellini.

The manicotti was stuffed with a mixture of ricotta, feta and spinach, topped with mozzarella and meat sauce and baked.

This was an acceptable take on an Italian restaurant staple, though I wished for more of the nicely balanced meat sauce.

My companion chose chicken Florentine pizza ($13.50) from the extensive pizza and calzone side of the menu. His pizza, with a white sauce, was topped with spinach, basil, artichoke hearts, sundried tomatoes, whole cloves of roasted garlic, chicken, Parmesan and mozzarella cheeses.

The combination of flavors was a winner. The crust was a bit undercooked in the center, but the edges were tasty. With a large group, a selection of their pizzas would make for a fun, tasty night out.

Some things are timeless, and if I had to guess the secret to Europa’s longevity, I’d say it’s their fresh, hot bread — all baked in-house. From the bread we snacked on when we were first seated to the tasty focaccia of the appetizer sampler to the pizza crust, it was all addictive.

While Europa is keeping up with the times when it encourages diners to ask about their gluten-free options (pizza, pasta and dessert), perhaps it is overdue for a design update or a lightening up of the menu. Its many fans — some who have been dining there for three decades now — may disagree, however. After all, Thriller is still selling strong, too.