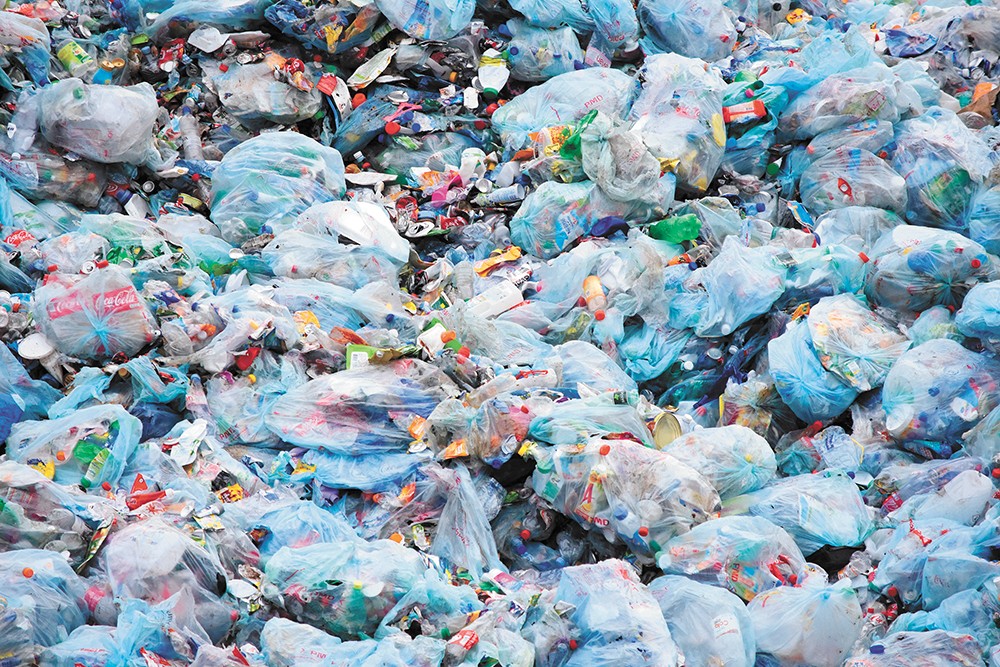 The bill, supported by grocery stores, retailers and environmentalists, would prohibit retailers from handing out plastic bags. Instead, they could provide paper or more durable reusable bags for an 8-cent fee, which is meant to encourage shoppers to bring their own bags or containers.

"We've reached crisis-level proportions of plastic pollution," says Sen. Mona Das (D-Kent), one of the bill's sponsors, in an announcement about the vote. "Everyone has seen the horrifying photos and videos of animals choked by plastics, tangled in garbage, or whose bellies are full of waste."

People who are using modern food stamps through the Supplemental Nutrition Assistance Program (SNAP), Temporary Assistance for Needy Families (TANF), Women, Infants and Children (WIC) or the state Food Assistance Program wouldn't have to pay the 8-cent fee for bags.

Already, 37 jurisdictions in the state have put their own plastic bag bans in place, which increased from 28 jurisdictions that had bans when the bill was heard on the Senate floor last year, according to legislative staff. The statewide bill was modeled on the local laws.

The bill has now been sent to the House Environment and Energy committee for consideration.

The original print version of this article was headlined "The Death of Plastic?"