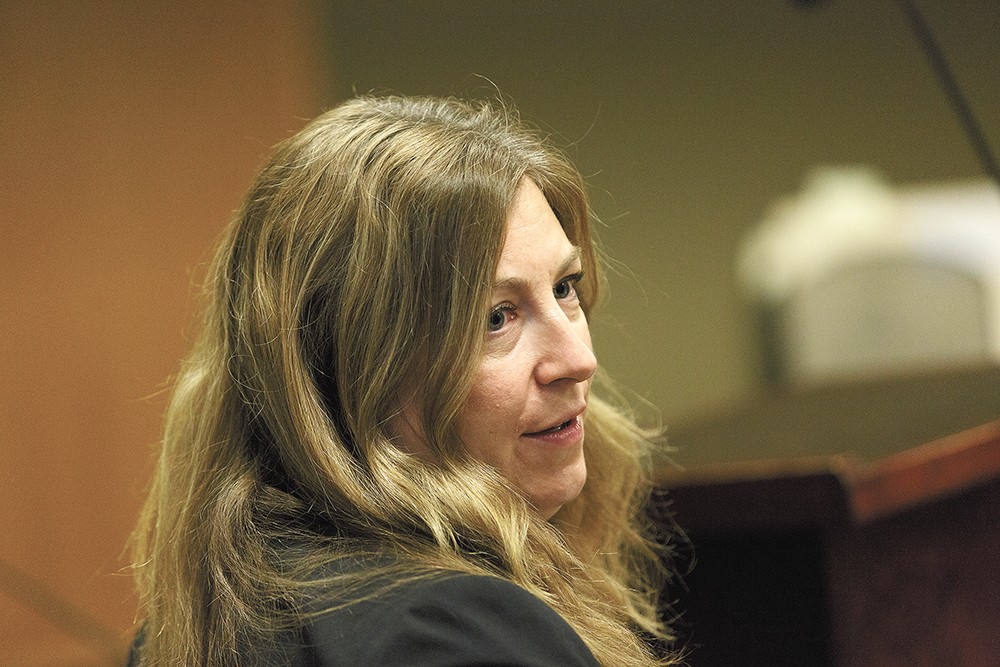 A 17-year-old Spokane County boy texted a photo of his penis to an adult woman in 2013. The boy, who had been diagnosed with Asperger's syndrome and lived at home with his parents, was then convicted of a felony-level child pornography charge and required to register as a sex offender, according to records. That made him both perpetrator and victim in the same case.

The conviction was upheld last year in a 6-3 decision by the Washington State Supreme Court.

The majority reasoned in part that the law is intended to eradicate CHILD PORNOGRAPHY everywhere — including "sexting" between teenagers, but added: "If the legislature intended to exclude children, it could do so by amending the statute."

Now, a bill that would essentially exempt teenage sexting from the state's child pornography laws has passed out of the Senate and awaits a hearing in the House.

"If an adult was to send a picture of himself in that fashion to an adult female, it would not be a registerable sex offense," says Spokane County public defender Krista Elliott, who handled the 17-year-old's charge in Spokane County. "So the law was punishing juveniles more harshly for behavior that was in fact juvenile behavior."

The proposed changes would apply to kids between 13 and 17. Basically, any teenager who creates, shares or publishes (on social media, for example) sexually explicit images of another teenager, or of themselves, cannot be charged under the state's felony child porn laws. However, a kid who shares or publishes those images can still be charged with a misdemeanor under another statute. For example, Elliott says, in a common situation, a boyfriend and girlfriend share intimate photos with each other, break up, and then one of them shares the photo with others. That's still a potential crime, but would no longer be a felony-level, registerable sex offense under this bill.

"Every kid has a cell phone," Elliott says. "We have these laws and then technology progresses and it takes 10 years to catch up."

Elliott says she's currently involved in a case that's been put on hold while the legislature considers the bill. If the bill passes, the pending charges would be amended, Elliott says. However, it's unlikely the changes will apply retroactively to the 17-year-old's case.

"It really stinks," she says. "It's great that his case propelled some action, even if it's like five years later, but he's not necessarily going to reap the benefits. He still has to register." (MITCH RYALS)

Though IDAHO requires representation for children involved in protective services cases, some kids don't receive representation at all, according to a report by the state's Office of Performance Evaluation.

According to Idaho's Child Protective Act, children 11 years and younger in Idaho are supposed to be appointed an advocate, known as a guardian ad litem, in cases where the court decides if a child is removed from their parents' home due to abuse or neglect. If the child is 12 or older, they're given a public defender to represent their wishes. (Washington, by contrast, has no law requiring that abused or neglected children have an attorney in such cases.)

But in a sample of more than 200 kids in protective services cases, nearly one-third were not served by either, according to the report. When that happens, kids are less likely to find a permanent home or have their voice heard in court.

"Gaps exist in Idaho's system of representation for children and youth," the report states.

Ideally, the report says, public defenders and guardians ad litem could work together for the best representation of kids. While the public defender counsels for a child's expressed wishes, the guardian ad litem represents the child's best interest in court.

"Collaboration between these groups is essential to improve the quality of representation," the report says.

Additionally, the report found that there's no state agency overseeing how many children go without representation.

The Office of Performance Evaluation presented the report to Idaho's Joint Legislative Oversight Committee last week. The OPE recommended that the legislature "facilitate a coordinated, collaborative effort to bring together relevant stakeholders to help strengthen representation for children and youth." (WILSON CRISCIONE)