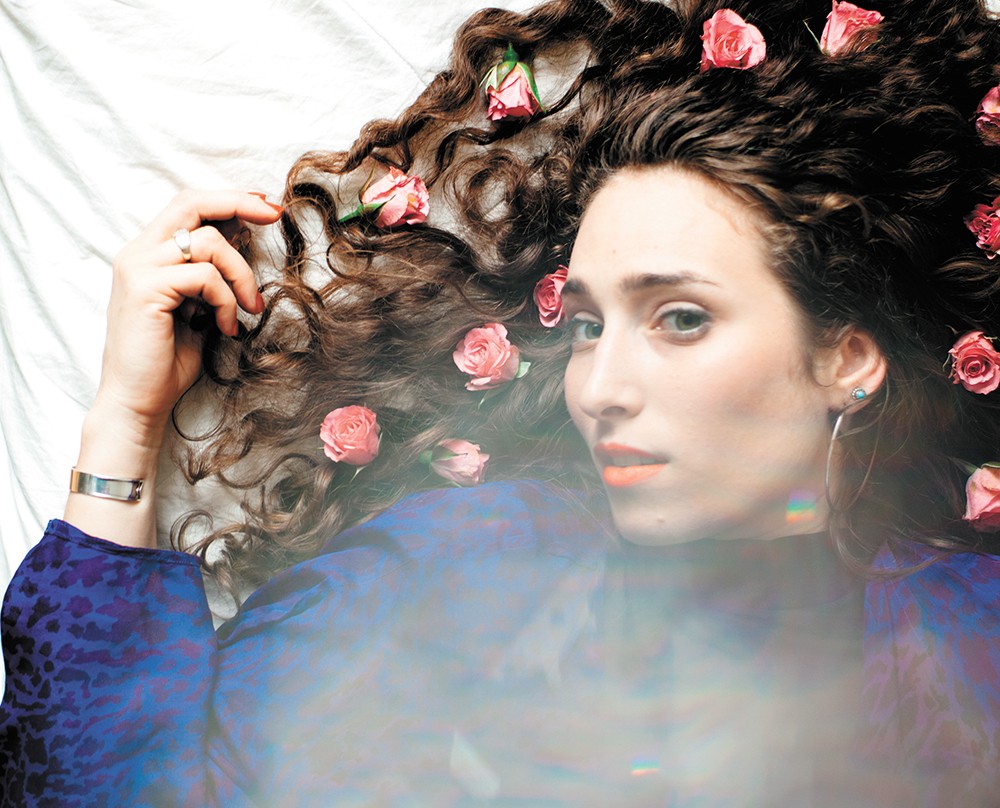 "I've been taking a really deep look at myself," Moorea Masa says.

Singer-songwriter Moorea Masa grew up in Portland, learned to sing in a gospel church and, as a teenager, fell in with a bunch of local musicians who snuck her into shows. She was fully immersed in the PDX music scene. But she lost that sense of community about seven years ago when she left home to study music at the Liverpool Institute for Performing Arts in England.

It was difficult, living alone in Liverpool. She found it to be a cold, gray, working-class city with a hard-drinking culture and no notion of concepts like vegetarianism.

"Coming from Portland, which is so lush and green and so supportive creatively — and has amazing food — Liverpool was just so harsh in comparison," she says. What's more, the school itself wasn't a great fit. "It just wasn't for me. It wasn't as creatively supportive as I was hoping. I was finding myself creatively, and it was more suited for people who knew exactly who they were as an artist. I found it kind of creatively stifling."

She dropped out two years into the three-year program, but didn't want to move back without discovering more of herself.

"I had just made this huge decision [to move overseas]," she says, "and I really wanted to spend a bunch of time playing music before I went back to the reality of being at home."

And so Masa moved to Granada, Spain, and lived in an ancient Moorish cave on the side of a mountain. There she found an explosion of color and culture and a far more inspiring environment for making art. She spent a summer playing guitar with flamenco musicians and writing music before returning to Portland to pursue music full time. As a singer with serious pipes, she's since recorded with indie-rock band the Decemberists and toured as a backup singer for Allen Stone, Canadian singer-songwriter k.d. lang and Portland soul legend Ural Thomas.

Now 25 years old, Masa is an established pop and R&B singer in the Pacific Northwest. Her new album, Shine a Light, dropped on May 11, and she just kicked off a release tour, including an appointment at the Bartlett with her seven-piece band the Mood. Much like her time in Spain, writing Shining a Light was a three-year process of self-discovery.

"I've been taking a really deep look at myself," she says, "and I think the world has been doing this too — basically being like, 'OK, what are the ugly places I haven't wanted to look at in the past? Can I stare them down?' ... I feel like I'm taking a flashlight and shining it on all of these dark and dusty corners that I didn't want to look at. It's like, 'OK, let's clean this shit up.' And our country is definitely doing that right now."

Indeed, Masa touches on personal themes of loss, death and love, but also more topical subjects such as sexual harassment, abuse and police violence. The concept for the album was encouraged by Alexandra Becker-Black, a watercolor artist based in Portland who suggested using one of her paintings as inspiration for a song. Masa agreed and Becker-Black presented her with a surprise.

"The painting was of me," she says. "So, I sat in the studio with this painting, and it was pretty uncomfortable at first. I felt like I was staring at myself in the mirror and started having these really personal reflections on my past and my relationships, and also what's been going on in the world."

Now the music and visual elements are packaged together; Masa used Becker-Black's realistic watercolors as artwork for the album, and often projects videos of pooling paint during concerts with the Mood. "I think visual art and music really go hand-in-hand," she says.

Shine a Light features several guest appearances, including a duet with Thomas ("Don't Let Me Run") and spoken-word raps by Lo Steele ("Wake Up/Lover Be Found"), but Masa's smooth, sensual and understated R&B vocals steal the show. For example, on lead single "I Can't Tell" — a track inspired by her boyfriend, Steve Swatkins, who is also a member of the Mood — you can practically smell the candles and taste the champagne as she croons the refrain, "I can't tell where you begin and I end."

Shine a Light is a mature-sounding album for a 25-year-old. It's the sound of an artist who took some time getting there, but knows exactly who she is and where she wants to be. ♦