Coeur d'Alene continues to evolve as an arts destination 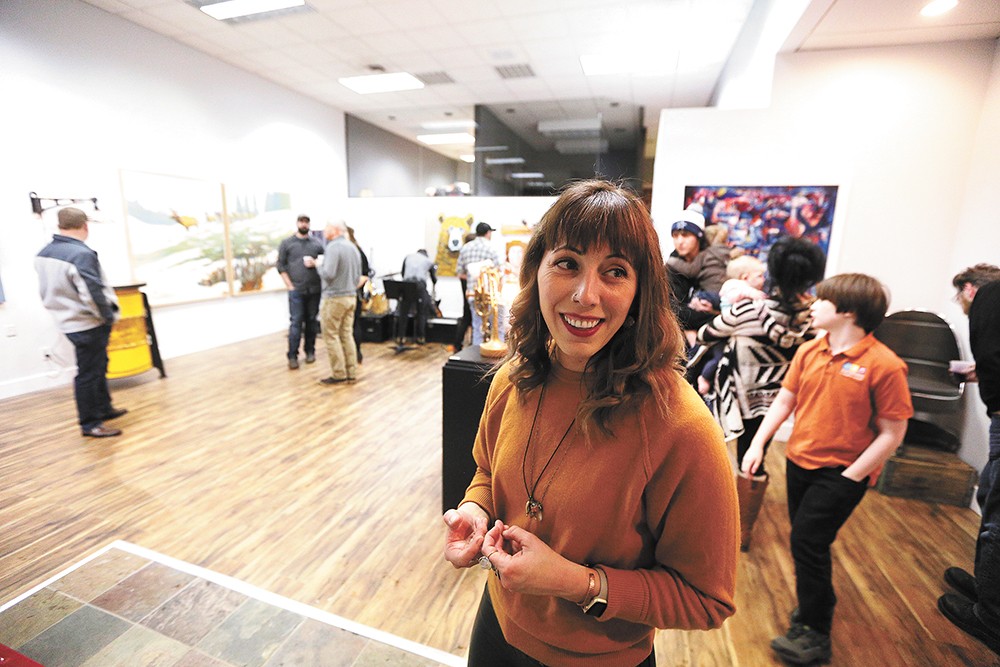 — Spokane's year-round art walk happens on first Fridays — yet the Lake City is holding its own as an arts destination, with more gallery openings than closures this year and a continuing focus on collaboration among arts organizations.

"I feel that as our community members come to understand and embrace this concept, we will generate the funding and enthusiasm to continue on our path of establishing this area as an arts destination," says Shute.

As in other communities, says Shute, Coeur d'Alene-area arts organizations face such challenges as funding, especially for nonprofits, and the need for more and different networking opportunities for arts organizations and businesses. She's optimistic, however, noting that membership in the Alliance has tripled since 2014 and now totals 130 members. To help arts organizations extend their reach, the Alliance holds monthly networking meetings, has revamped its website and creates collaborative events like Krewe d'Alene, a Mardi Gras-type visual and performing arts fundraiser slated for February 2017.

Although arts funding concerns are ubiquitous, representatives from the Boise-based Idaho Commission on the Arts did its part this summer, conducting statewide roundtables and workshops on grant writing and financial management for arts organizations.

Emerge (full disclosure: I occasionally show my artwork and teach there) hosted one of the ICA's open forums, as well as participating in grant writing and fundraising workshops, both of which are essential to their operations. Proceeds from this year's Day of the Dead-themed fundraiser, says founder and director Jeni Riplinger-Hegsted, will help Emerge fulfill its mission to support ascending artists through youth and adult classes, monthly art exhibitions and an annual pop-up show.

The closure of Painter's Chair is one of two losses for the arts scene, both health-related. Steve Gibbs, Art Spirit Gallery's owner who also helped establish the Arts & Culture Alliance in 2005, is fighting amyotrophic lateral sclerosis, while owner and artist Stephen Shortridge has taken time off during his wife's battle with cancer.

Both galleries, however, are gearing up for 2017 exhibitions. According to Painter's Chair director Teresa Eller, the gallery will maintain a web presence for now, featuring the work of Shortridge and whomever else chooses to stay on.

"Steve's work will have a presence in Coeur d'Alene in the future," says Eller, who relayed that Shortridge is "not sure whether it will be in another smaller space, or whether it will be a short-term show next summer." The Art Spirit Gallery, meanwhile, will kick off 2017 with perennial favorite Harold Balazs, and plans are underway to commemorate its 20th anniversary and 200th show next July.

Bright spots on the horizon include several new Coeur d'Alene galleries opening this year, and the continued support of the community. Photographer Benjamin Powell opened a gallery to showcase his work, while Harvard Gallery offers smaller furniture, interior accents and artwork, according to owner Brianna Harvard.

"Public art is a vital part of the Coeur d'Alene community and has been for three decades," says Deputy City Administrator Sam Taylor, who is also liaison to the Arts Commission. "Our reputation for the arts has created crucial economic benefits thanks to more visitors, and enhanced our quality of life for residents." ♦