What has been your biggest cooking disaster?

There's one dish that is really popular in my girlfriend's family that's some kind of tuna-rice and I like eating it a lot. I tried to cook it on my own, but I failed totally my first five times. It tasted terrible. Finally, I had to ask my girlfriend's mother to teach me in detail how to cook it. Now I can cook it decently.

I got a brand new Dutch oven and accidentally turned it up to high, high heat. And then when I went to go move it, part of the paint came off on the coils and ruined the oven. It also ruined our dinner that we were making. 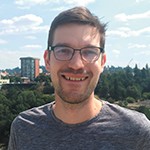 I was using a mandoline slicer, which is pretty dangerous and has a really, really sharp blade. Fortunately the slicer comes with a guard so you don't injure yourself. But once when I was making apple pie, the guard would fly off every three slices or so and I came within inches of cutting my hand. It ended up working out and we had some really good pie, but there were some close calls. 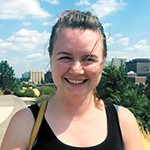 I'm on the quest to make the perfect macaroon and I have failed completely so far. I have the baking scale and everything, but every time I've tried they've been overdone or dense monsters. 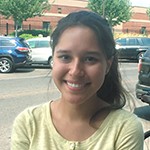 When my brother was 14 years old, he thought he was old enough to use the stove by himself so one time when my mom wasn't home he decided to make pasta. After boiling the water and putting the pasta in OK, I found him half an hour later on his Xbox because he totally forgot about it. The pasta was smoking and caused the fire alarm to go off. He wasn't allowed to use the stove for a while after that.