What fictional character would you vote for president?

Stoic the Vast from How to Train Your Dragon.

Do you think he'd be more conservative or liberal?

Definitely more conservative. He was pretty anti-dragon for a while.

What do you think he'd do in office?

The Bee from Bee Movie.

What makes him a good leader?

He tries to push out of his class and he believes in differentiation. He's very goals-driven.

Leslie Knope [from Parks and Rec].

What would she advocate for in office?

She'd have a lot to say about climate change and possible solutions. 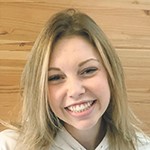 Michael Scott [from The Office].

He's a fearless leader, man. The Scranton branch lasted longer than all the other branches for a reason.