Who do you think Joe Biden should pick for his running mate and why? 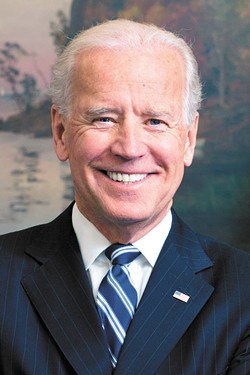 Shane Mabrey: Doesn't really matter. It's probably going to be Kamala Harris because "electability." Just like with Biden. The better candidates just haven't had the screen time and have zero name recognition. From what little I read I liked Val Demings and Stacey Abrams. I liked Elizabeth Warren till she didn't shake Bernie's hand but with all the racial tensions it's clear it can't be two old white people. Anyone who has a progressive track record and will nominate progressive Supreme Court picks has my vote. I hate for it to be about race and gender but it absolutely will be. The symbolism is necessary even if we don't get the best candidate. I really hope people just show up to vote this time.

Gary Anthony Teale: I think that the two strongest candidates would be Kamala Harris and Susan Rice. Both are intelligent with extensive experience in government. They both also have a history of being tough negotiators. I feel that either would be capable of taking over in the event of Biden not being able to carry out the duties of president.

Lainey Waters: No one... he should give up the nomination to someone who can remember what they are doing.

Nicole Bishop: Definitely Elizabeth Warren or Stacey Abrams. I'm torn because ideologically I'm more aligned with Warren, but I also would love a woman of color on the ticket. Either way, Warren or Abrams on the ticket feels like a win.

Conrad Kovash: Since he appears to have the memory of a wooden post, how about SIRI so he can get some answers correct.

Clyde Herrington: Stacey Abrams. She's smart and tough. I'd love to see her in a debate.

Larry Cebula: In terms of governing, the clear choice is Elizabeth Warren. Biden is talking about a big New Deal presidency, and Warren has a plan for that. In terms of winning the election, Stacey Abrams. He needs the enthusiasm of black women voters, and Abrams puts Georgia in play. ♦

EDITOR'S NOTE
Normally, we ask our question of the week of people we randomly encounter on the street. But with the coronavirus pandemic, we instead asked our followers on social media to share their thoughts.