What is your impression of the #MeToo movement

I think it's really good. It's a good outlet for people because I think [for] people who maybe aren't comfortable enough to participate, it's still comforting for them to know that there's still thousands of people going through the same things. 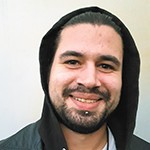 I don't know. I guess I don't know why these things come out so many years later, like, why wasn't anything said when it happened? I know my daughter is going to know what to do if anything like that happened to her.

It's good for a lot of reasons. I mean it's sad to swipe on the news and every time you turn it on someone else is being accused of sexual assault — but I think it's really good that people are becoming more aware and it's becoming something people are talking about and being concerned with.

I think it's a good thing that this is getting acknowledged and dealt with and hopefully we can move forward and not have these problems swept under the carpet like they have been.