Do you have a favorite Star Wars character? 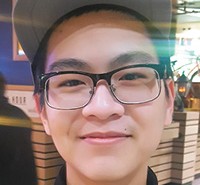 I know I'm going to get a lot of flack for this, but I'd have to say Jar Jar Binks. He's just really funny and interesting to me.

I've got to say it's Rey. She's just so cute and amazing. I love her character the most.

Darth Vader is just strictly badass — what are we talking about here? It's all about Darth Vader dude!

I don't necessarily have one but for the new movies Captain Phasma is pretty fantastic — just because she's a female character in a role we are so used to male characters being in. So seeing someone like Gwendoline [Christie] in that role is awesome.

My favorite character is going to be — oh my god — Chewie because of all the fur. He's super furry and hot.

You've got a thing for Chewbacca?