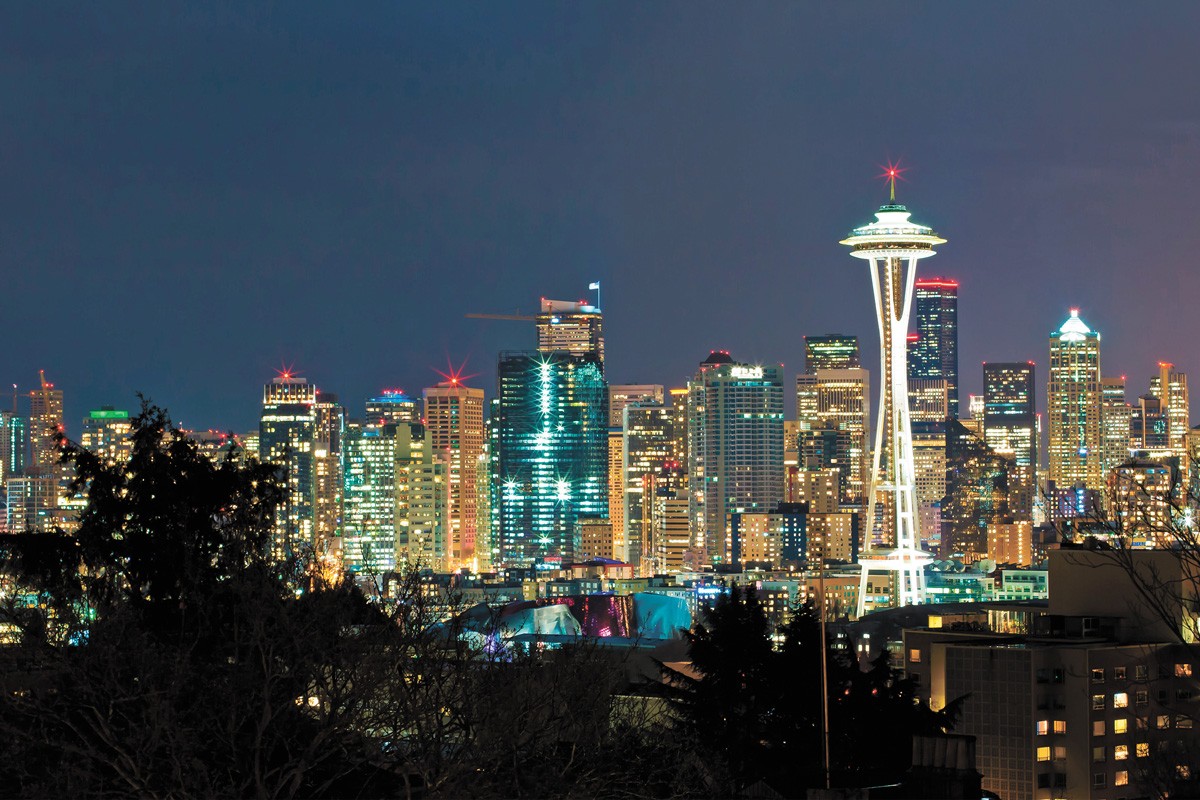 A shining city worth a death-defying drive — sometimes.

New Year's Eve is the worst. It pours all my least favorite emotions — the ache of yet another 12 months of failure, the yearning for what I can't have, the weight of the inexorable progression of time, the loneliness of having nobody to kiss at midnight — into single cocktail glass, swirls it around, and adds eggnog.

But misery also pushes us to take risks. So on a New Year's Eve a decade ago, for once in my predictable life, I chose spontaneity. I wanted to break free from the snowglobe of Spokane. I wanted to spend the holiday in Seattle — land of Frasier and Grey's Anatomy, fish and chips, and traffic jams!

On a whim, with no more preparation than Facebook messaging a friend to crash on his apartment floor on New Year's, I set out on an unexpected journey.

My trusty steed? My '97 Buick LeSabre. I didn't have snow tires. I had a headlight — but just one. Someone, whether motivated by profit or pure anarchical mischief, ripped the other light from my fender, leaving the automotive equivalent of its optic nerve dangling gruesomely.

Prudence would suggest I not drive this car to Seattle. Prudence wasn't behind the wheel that night. Stubbornness was.

When my windshield fogs up and messing with the heater doesn't fix it, I improvise, rolling down my side windows and hunching down to navigate through a clear spot near the windshield wipers.

I can see emergency flashers flicker faintly through the winter mists — fellow pilgrims who'd also set out to meet the west, but met misfortune.

And then it starts to snow.

With the semi-truck ahead of me spitting out snow, I try to pass. And there I am: Hands squeezed white on the wheel, shoulders aching from the tension, tires shaking in the fresh snow, flurries whipping past my windshield, 40 tons rumbling on 18-wheels beside me, my night vision lost in headlights glare.

In moments like these, all you can do is turn off your targeting computer and hope like hell the force stays with you. You just follow, follow, follow the road to the Emerald City, and hope that your heart and your courage can compensate for your lack of brains. You take a deep breath; you hold it for 500 miles.

Finally, the Seattle skyline lit up my horizon, and I could exhale. I did it. I'd Mr. Magoo'ed my way across the entire state.

Seattle's New Year's Eve celebration, it turns out, was even lamer than Spokane's. But it hardly mattered.

For once, New Year's felt like a triumph. Some journeys — like some years — are meaningful simply because you've survived the trip. ♦

The original print version of this article was headlined "Driving Blind"

Speaking of Stories Of The Season , Essay