One more hoorah for the Eags this Saturday in Spokane 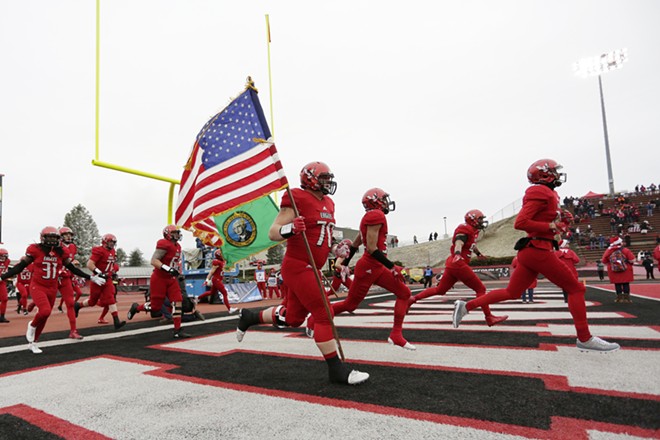 Young Kwak
Eastern Washington offensive lineman Matt Meyer (70) and his teammates run onto the field in Cheney earlier this season.

They almost did it. And damn it, that counts for something.

After a big season, the Eagles will throw down with a celebratory rally at the River Park Square Mall atrium on Saturday, Jan. 12 at 2 pm.

Mayor David Condon and the Spokane County Commissioners will deliver a special proclamation about the team. The Eagles’ mascot, Swoop, the cheer squad and band will also be at the event to celebrate the Eagles' 12-3 season.

Eag Nation is invited to River Park Square in Spokane this Sat. at 2 pm as we celebrate the @EWUFootball Season!

Join @CoachBestEWU & the rest of the Eags in a celebration of the team’s #FCSChampionship appearance & the City of Spokane will make a special proclamation!#GoEags pic.twitter.com/RDVt9pgtFf


“Attendees will have photo opportunities with Swoop, and can pick up a limited edition commemorative poster, learn more about EWU Athletics season and individual game tickets, and prospective students and parents can visit with staff from EWU Admissions.”

The Eagles lost to the undefeated North Dakota Bisons in the FCS Championship Game last weekend in Frisco, Texas.