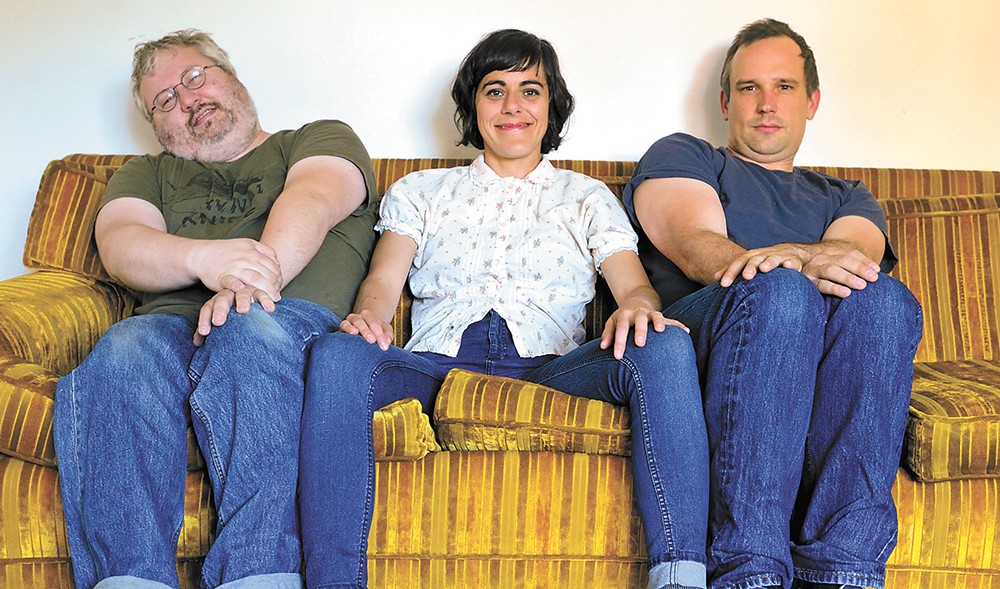 The Seattle-based Wimps' version of an awkward family photo.

coming home after a long day of work and wanting nothing more than to lie on the couch only to be kept up at night by your thoughts? We've all been there.

Seattle-based punk trio the Wimps has embraced these universal experiences by making them the subjects of its latest EP, Super Me, which the band is releasing as a cassette.

According to singer/guitarist Rachel Ratner, her lyrics are simply a reflection of her life.

"That's my outlet for talking about what my experience is being me," she says over the phone during a recent band practice. "Since I'm doing general stuff, it's relatable. If I were a rocket scientist that flew around in a spaceship, I think my lyrics would be a little less commonplace."

Take, for instance, this line in the opening track "Take It As It Comes": "Hate your job / though you try."

Though she's quick to say that the lyric doesn't refer to a specific job, Ratner, currently a web developer at Amazon, says she knows about the ups and downs of having a 9-to-5 job, having previously worked at record stores, Seattle radio station KEXP and on the Seattle Band Map project.

"Regardless of how cool a place is, there's always days where you hate your job," Ratner says.

"I like working with kids, but there's also the bureaucracy of working for something bigger than you that you have no control of," adds drummer Dave Ramm, a speech therapist. "That can be very frustrating."

To get out some of that frustration, the band, which formed in 2011 and killed at Volume 2014, recorded 17 songs over two weekends, putting aside five short-but-sweet, high-energy punk tunes for Super Me, the trio's first release on Portland label Kill Rock Stars, and saving the rest for its forthcoming full-length, Suitcase, which the Wimps hope to release on vinyl before the end of the year.

"We wanted something that would be like the appetizer before the LP meal comes along," singer/bassist Matt Nyce says.

While the album finishes up at the pressing plant, the band is working on other goals. They want to go on a longer tour, which would hopefully include Europe, write and record new music and, if you're asking Nyce, meet Conan O'Brien.

Until then, it's back to work for the trio. But they don't seem to mind.

"It's definitely challenging, but this is something we do for fun," Nyce says of balancing day jobs with Wimps. "When we go on trips, it's like vacation." ♦