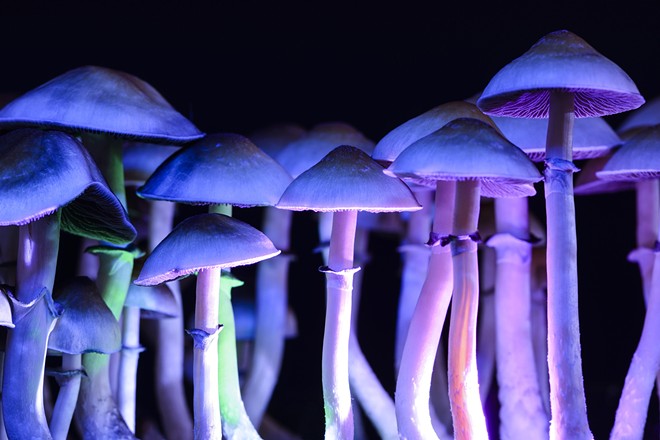 Oregon became the first state to decriminalize small amounts of cocaine, heroin, methamphetamine and other drugs. And in New Jersey, South Dakota, Montana and Arizona, voters decisively passed laws legalizing recreational marijuana. Cannabis is now legal across a large bloc of states in the West — from Washington down to the Mexican border — and well beyond.

Cannabis was also on the ballot in Mississippi. If all of the marijuana measures pass, marijuana will be legal for medical use in three dozen states and recreational use will be allowed in 15.

The Oregon measure makes possession of small amounts of what have long been considered harder drugs a violation, similar to a traffic ticket, and no longer punishable by jail time. The law also funds drug addiction treatment from marijuana sales taxes.

“This is incredible,” said Kassandra Frederique, executive director of the advocacy group Drug Policy Alliance. “This is like taking a sledgehammer to the cornerstone of the drug war.”

Possession of larger amounts could result in misdemeanor charges, and some cases that rise to what is considered a commercial level could still be charged as felonies.

Frederique said passage of the measure showed that voters were eager for a new approach on drug policy to handle it as a health issue and prioritize treatment. She said she expected other states to follow suit, mentioning efforts in states such as California, Vermont and Washington.

Separately, Oregon voters also legalized psilocybin, known as magic mushrooms, for people age 21 and older. Proponents said the move would allow the drug to be used to treat depression, anxiety and other conditions.

There were 38 statewide citizen initiatives being decided across the country Tuesday, about half as many as in 2016, when there were 72. Experts attribute the decline to the effect of the coronavirus pandemic, which has made gathering signatures more difficult. When all measures are accounted for, including those placed on the ballot by legislatures, there were a total of 124 statewide ballot initiatives this year, down from 154 four years ago.