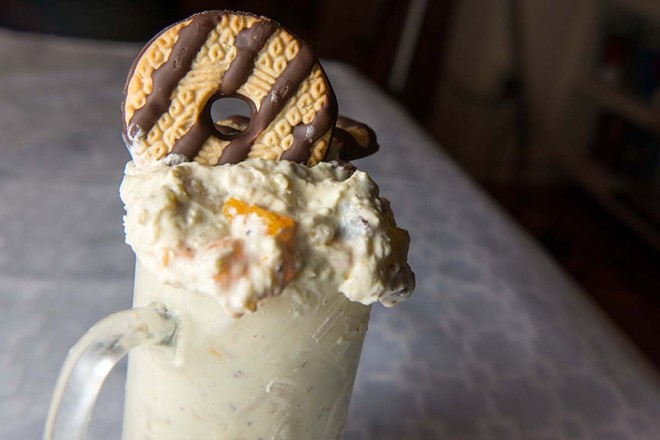 Few candidates this race have been subjected to as many goofy attacks as City Council Candidate Zack Zappone, where outside groups have attacked him for everything from taking his hands off his handlebars while bicycling to making a typo.

Fortunately, our "Cooking Candidate Creations" series is all about putting politics aside and...

Ooh, boy. Okay. Let's just all try to tune that guy out. Zappone offered up a simple, but delicious treat. He calls it a "salad..."


NEGATIVE CAMPAIGN AD VOICE: "Does ANTIFA SUPERSOLDIER ZACK ZAPPONE want to force our brave military and first responder heroes to survive on a diet of kale and arugula? Why does PLANT-CHEWING HYPERMARXIST ZACK ZAPPONE think he can win friends with salad?"

...but don't worry, it's no health food. It's Cookie Salad. It combines whipped cream, buttermilk, and pudding mix, with a few cans of mandarin oranges and pineapples.


NEGATIVE CAMPAIGN AD VOICE: "KEEBLER ELF SYMPATHIZER ZACK ZAPPONE. Bought and paid for by Big Cookie. Show SNICKERING DOODLE ZACK ZAPPONE that you're one tough cookie that he can't crumble, by dunking him in a cold glass of electoral-defeat milk on Nov. 2..."

"I'm not much of a cook..." Zappone writes to the Inlander in a Twitter message.


"But this is my go-to dish for potlucks," he writes. "My family has it at the holidays."


"And it's always a surprise for people. Is it a side?" Zappone writes. "Is it a dessert? Who knows."


NEGATIVE CAMPAIGN AD VOICE: "FLIPPITY-FLOPPING FLIP-FLOPPER ZACK ZAPPONE doesn't know who he is. Whose side is he really on? Whose dessert is he really serving? And are you the one getting served? Is it REALLY Zack with a k? Or is he secretly Zach with an h?"


The recipe comes from "I Am Baker," a baking blog from Amanda Rettke, a food writer who lives near Minneapolis. Wisconsin.

It's an easy recipe that takes longer to grab the cans off the grocery shelf than it does to make. Let's get to it! 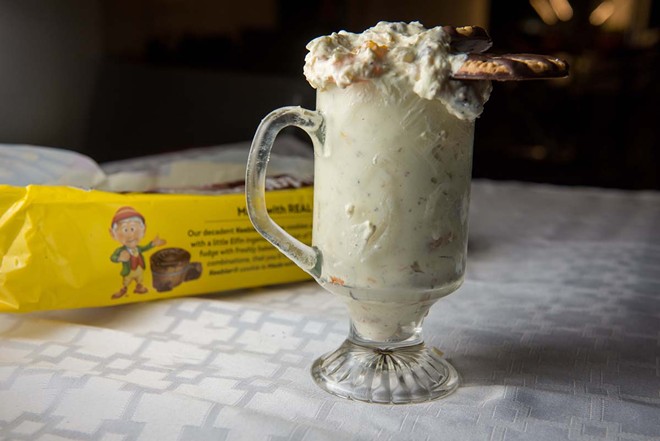 1. In a large bowl, combine the pudding mix and the cup of buttermilk. Whisk it around a bit. It will still be thick.
2. Spoon in all that whipped cream.
3. Next comes the pineapple and mandarin oranges. Stir it all together
4. Chill until ready to serve
5. Crush cookies and mix in just before serving. Reserve a few for garnish. 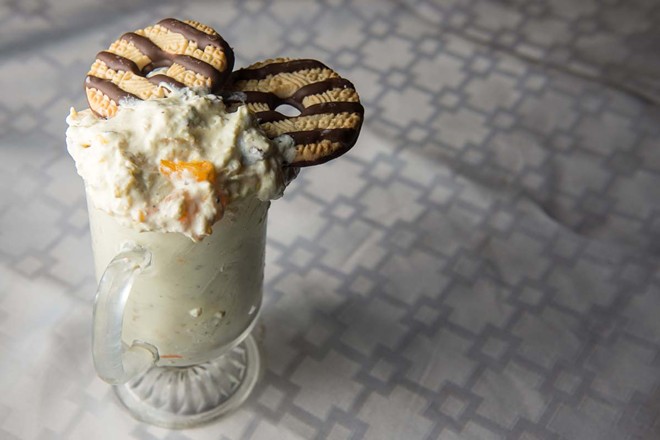 Daniel Walters photo
C is for Cookie, and that's good enough for me!

HOW I SCREWED IT UP A LITTLE BIT


— I was in a big hurry and thought this dish would only take five minutes to put together, but in actuality, it took seven. So it's great for those in a rush, but not a frenzy.

— Maybe swap out the oranges for strawberries? Strawberries n' Cream works as a Quaker Instant Oatmeal flavor. Maybe it could work in real life?

NEGATIVE CAMPAIGN AD VOICE: OBSTREPEROUS ZACK ZAPPONE has secret plans to steal your dog and torture your cat until — [MUFFLED EATING SOUNDS] mmm, this stuff is actually pretty good. What do you call it? "Cookie salad?" Huh. Pass another scoop. No worries, I'll just use my hands [MORE MUFFLED EATING SOUNDS]