Our next Suds & Cinema screening: Mike Judge's Office Space at the Bing on Oct. 3

Put on your best flare, finish that TPS report and shine up your Swingline stapler, because the Inlander's next Suds & Cinema screening is Mike Judge's 1999 comedy Office Space. But please, leave your malfunctioning printers at home.

We’re celebrating the cult classic's 20th anniversary with a screening at the Bing Crosby Theater on Oct. 3. The movie itself begins at 7:30 pm, but the festivities start earlier than that. River City Brewing will be on hand, pouring a selection of their delicious beers in the lobby, and our sponsors at Horizon Credit Union will be providing free popcorn and sheet cake while supplies last. Horizon is also hosting pre-movie swivel chair races down the Bing's aisles — you could win up to $100 if you're fast enough.

If you never saw it when it was in near constant rotation on Comedy Central, Office Space stars Ron Livingston, Jennifer Aniston, Gary Cole and Stephen Root in a wry satire about the daily drudgery of pencil pushers, desk jockeys and clockwatchers, and what happens when they fight back. It bombed in its initial theatrical release, but has since gained a rabid following and has wormed its way into popular culture.

SUDS & CINEMA: Come watch The Big Lebowski with us at the Bing on April 17

Suds & Cinema gets festive with Christmas Vacation at the Garland on Dec. 20 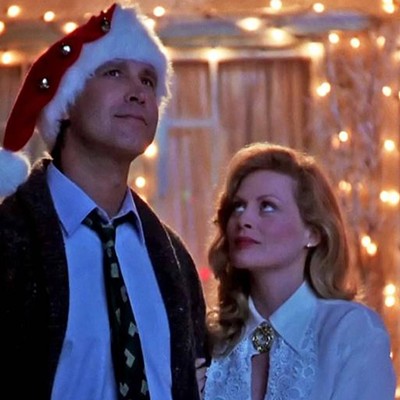