It was the year of Lizzo breaking into the mainstream, of Billie Eilish becoming the latest goth-pop sensation, of Lil Nas X's "Old Town Road" smashing Billboard records and Lady Gaga winning her Oscar.

But there was more — a whole lot more — and our annual assemblage of the year's best albums is proof of that. By my count, only eight artists appear on multiple lists, which means we found plenty from the last 12 months to be top-10 worthy. We've got hip-hop, garage rock, country, pop, R&B, a few reissues and even a symphonic recording. Enjoy.

10. MEGAN THEE STALLION, Fever
The creator of Hot Girl Summer drops a fiery, X-rated celebration of insatiability as lifestyle. It's filthy, but fun filthy.
9. CARLY RAE JEPSEN, Dedicated
The best pure pop album of the year, a sugar rush of come-hither melodies and club beats, with one undeniable shoulda-been-a-single after another.
8. MIKE KROL, Power Chords
This great, unsung hook writer's most aptly titled album yet. Scrape off an inch of its lovingly applied sonic sludge and you'd have straight-up bubblegum.
7. ANGEL OLSEN, All Mirrors
Few vocalists have the range of Angel Olsen: airy and ethereal one moment, pummeling and bruising the next. This is her best album, harrowing and cathartic in equal measure.
6. FKA TWIGS, Magdalene
Her proposal to be this generation's Kate Bush, an album that seems to breathe and pulsate on its own. She may be a fallen alien, but she ultimately finds transcendence on earth.
5. PURPLE MOUNTAINS, Purple Mountains
In more ways than one, the specter of death hangs over David Berman's final solo album. It's also droll, perceptive and darkly funny, a self-penned memoriam to a vital voice gone too soon.
4. SHARON VAN ETTEN, Remind Me Tomorrow
The singer-songwriter's first album in five years feels like a sonic rebirth and an act of therapeutic reflection, a bittersweet embrace of teenage abandon seen through the rearview mirror.
3. TYLER, THE CREATOR, Igor
Like a mad scientist's assistant pulling levers and reanimating R&B samples with lightning, Tyler's loose concept album about a bisexual love triangle is so much more grownup than his perverse, Adult Swim-approved horrorcore of yore.
2. WEYES BLOOD, Titanic Rising
It's rare you find a brand new record that already sounds like a lived-in classic, but Natalie Mering did it. Like a long-lost singer-songwriter album found at the bottom of the ocean, every listen is an excavation of more riches and complexities.

1. JENNY LEWIS, On the Line
Jenny Lewis' professional trajectory has the arc of a great story: A retired child actor becomes a celebrated folk-pop frontwoman, then overcomes heartbreak and creative roadblocks en route to alt-country accolades. On the Line similarly unfolds like a picaresque novel, each chapter introducing a new character who pirouettes into the frame, makes an impression and exits, never to be heard from again. We get cameos from opium addicts, groupies, amorous hitchhikers, a hookup who skips town with our heroine's nudes, and possibly the devil himself, all amidst tableaus of sticky summer nights and fumbling adolescent lust. Lewis has assembled a traveling band of virtuosos to match — Ringo Starr, Don Was, Beck, pre-scandal Ryan Adams — and the result is a rich, resonant studio sound that further underlines just how good her sense of songcraft is.

1. PURPLE MOUNTAINS, Purple Mountains
Did I listen to this album more than I would have because David Berman committed suicide just weeks after its release, and a month before I was slated to see him perform on a farm outside Walla Walla? Definitely. But the repeated listens did nothing but reward me with the best album of the year. It's easy now to view the former Silver Jews frontman's lyrics through the lens of his untimely end, and the songs do turn an uncomfortable spotlight on Berman's difficult life in the 10 years since he last made an album. But there's joy, too, that comes through hearing Berman's poetry set to jaunty, rumbling roots-rock. Every line offers a lesson in efficiently killer songwriting, and the feeling after listening to Purple Mountains' 10 songs is anything but morose. 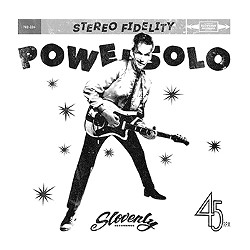 1. POWERSOLO, Transfixing Motherf—-er
A perfect storm at the end of 2018 led me to pre-order POWERSOLO's Transfixing Motherf—-er EP. 1) Slovenly Records was having a sale, and 2) though I knew nothing about them, I recognized the name POWERSOLO as a headliner for an upcoming show with one of my favorite regional acts, the F—-king Eagles. Thus, one could conclude the purchase was on a semi-educated whim. Eleven months after landing it, I can confidently say I've spun — physically and digitally — the A-side's "Backstab" well over 200 times in 2019. Describing its brilliance would cost me too many words, so I'll just say that every time a Quentin Tarantino movie is made without this song soundtracking a fight scene, god kills a kitten. Your move, Q.T. 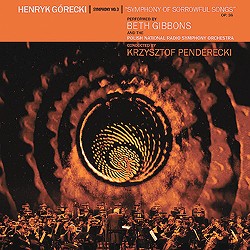 1. BETH GIBBONS & THE POLISH NATIONAL RADIO SYMPHONY ORCHESTRA, Henryk Górecki: Symphony No. 3 (Symphony of Sorrowful Songs)
If ever a piece of art could encapsulate the ineluctable cocktail of horror, hope and sorrow de profundis that was the aftermath of World War II and the Holocaust, Polish composer Henryk Górecki's 1976 masterpiece, Symphony No. 3 ("Symphony of Sorrowful Songs"), comes close. Krzysztof Penderecki's take here — with Beth Gibbons of the experimental English pop group Portishead singing soprano across its three movements — is, in its sobering bleakness, transcendent, a revelatory concomitant of Shoah survivor Viktor Frankl's observation: "Man is that being who invented the gas chambers of Auschwitz; however, he is also that being who entered those chambers upright, with the Lord's Prayer or the Shema Yisrael on his lips." 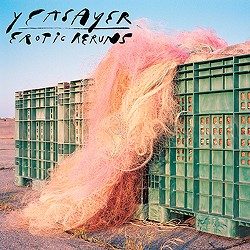 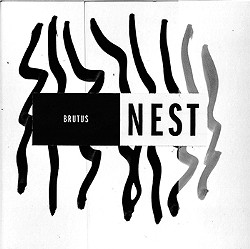 1. BRUTUS, Nest
Lots of bands claim to deftly blend different genres into one unique sound. Few do it as well as Brutus, a bracing Belgian trio that expertly walks the imaginary lines between post-rock, pop, punk and metal. Each member plays an important role: Bassist Peter Mulders and drummer Stefanie Mannaerts are a pounding rhythm section that pushes Brutus along at the pace of hardcore and thrash. And Stijn Vanhoegaerden drapes the songs in barbed arcs of electric guitar worthy of an Explosions in the Sky crescendo. But it's Mannaerts' voice — sharp, clear, quivering with intensity — that makes Brutus truly special. Her melodies on Nest are grand and deceptively catchy, which transforms Brutus from just another heavy band to the kind of heavy band anyone can love.

1. NICK CAVE AND THE BAD SEEDS, Ghosteen
In the surreal and heavenly world of Ghosteen, everything moves in slow motion. Every melodic detail is respected equally, from heartbreaking whispers to soaring choral verses. Cave has a big heart, and here he showcases a perfected ability to balance tragedy with euphoria. Ghosteen is an absolute sonic original through and through, managing to make a sincere human connection while wringing melodrama from its synthetic shimmer. Cave has left the grieving pessimism from his past behind him, making way for something far more enthralling — a salvation of sorts, and eventually a remarkable inner peace. We are lucky to hear it all happening in real time.

1. BILLIE EILISH, When We All Fall Asleep, Where Do We Go? When We All Fall Asleep, Where Do We Go? is essentially what you get when you filter Lorde's Pure Heroine through the vessel of a neon Wednesday Addams. It's a superstar pop debut record from a teen prodigy whose musical canny belies her age, but this one's more overtly, intentionally weird (hello, song centered around The Office samples) and dark (the knife sharpening beat of "You Should See Me in a Crown"). Amidst the barrage of undeniable choruses ("Bad Guy" is a megahit for a reason), don't sleep on the emotiveness of Eilish's voice, or the wild sonic diversity that she and her producer brother Finneas craft, from the soft piano bar ballad "Listen Before I Go" to the melancholy hymnal vibes of "When the Party's Over." ♦

The original print version of this article was headlined "Choice Spins"