Trail Mix: The Donald is on a roll and liberal Democrats look for guidance from Warren 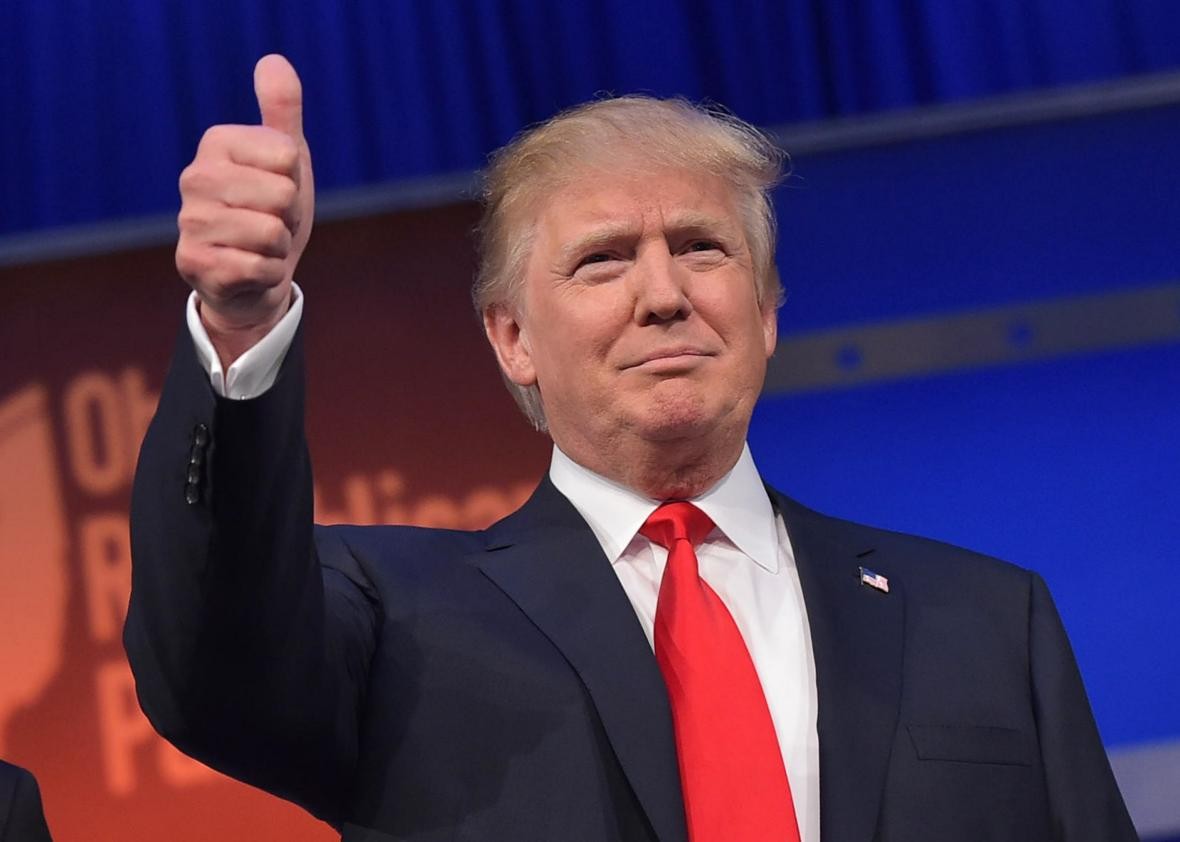 NEVER GONNA GIVE YOU TRUMP

With the nomination of DONALD TRUMP looking increasingly inevitable, the Donald is threatening to remake the Republican Party in his classy, golden, racially charged image.

But there are some who've resisted.

When the #NeverTrump hashtag took off last week, it wasn't just Democrats proclaiming that, of course, they'd never vote for Trump. It was also the rallying cry of longtime conservatives, who are horrified by what they see happening to their party. Two prominent Republicans, former RedState.com editor Erick Erickson and Nebraska Sen. Ben Sasse, have promised that even if Trump is the nominee, they still won't vote for him. They'd vote third party, write in "Rick Perry" or even vote for — shudder! — Hillary Clinton rather than support Trump.

Yes, they know it likely will mean a liberal Supreme Court for generations. But the alternative — the party of "small government" handed over to a guy they consider to be a sexist, racist, fascist con artist? Who was once proud to be a pro-choice, universal-healthcare-supporting Democrat? Now that, they can't stomach.

Of course, if Trump does win the nomination, the question is how many of those proclaiming #NeverTrump now will soften their position to #MaybeTrumpJustThisOnce come November. (DANIEL WALTERS)

ELIZABETH WARREN, the Massachusetts senator who many progressives hoped would run for president in the first place, has given undecided voters no help in choosing between HILLARY CLINTON and Vermont Sen. BERNIE SANDERS. An endorsement for either candidate could have given them a bump in the primary in Warren's home state on Super Tuesday, but Warren remained neutral.

Warren, according to Politico, may be waiting until Clinton wins the Democratic nomination before offering her endorsement. Those young, Bern-feeling progressives who wanted Warren to run all along might be more willing to support Clinton with Warren's endorsement.

Sanders, for his part, has hinted that it would be nice if Warren threw him a lifeline. At a Massachusetts rally, Sanders pointed out that Warren has railed against the rigged economy, just like he has. He then added, "Thank you all for sending Elizabeth to the Senate," hoping perhaps that Warren would hear him, follow her heart and finally give him her endorsement, so that, together, they could break up those big banks. (WILSON CRISCIONE)