Lady Macbeth is a tale of murder, adultery and betrayal, with the look of a period piece and the ruthlessness of a horror film 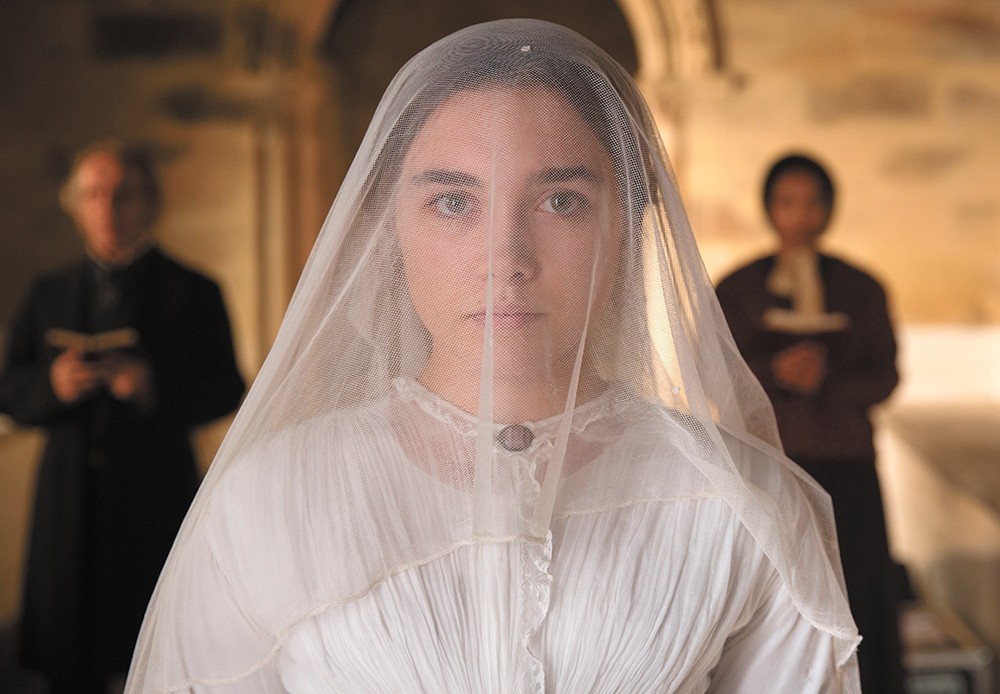 Despite its title, Lady Macbeth is not another screen adaptation of a Shakespeare classic.

It is, in fact, based on a racy 1865 novella by the Russian author Nikolai Leskov, previously filmed in 1962 by the late Polish master Andrzej Wajda, and this time his story of doomed romance and revenge has been transplanted to 19th-century England.

So the movie does not contain yet another interpretation of the Bard's most scrutinized woman, and yet its central figure noticeably shares that iconic character's cutthroat opportunism. The parallels are obvious. But what differentiates her from the actual Lady Macbeth is an apparent moral compass: She's willing to do just about anything to get what she wants, though it would be easy to mistake her fierce independence for sociopathy.

The lady of the title is named Katherine, and she's played in a gripping performance by relative newcomer Florence Pugh. As Lady Macbeth opens, she's being married off to a much older, richer man (Paul Hilton), who coops her up in his large country estate and regards her with cruel indifference. He also refuses to consummate the marriage, for reasons that won't become apparent until later.

Director William Oldroyd, making his feature debut, allows us to see both the monotony and the severity of daily life inside the house. Every morning, Katherine's maid Anna (Naomi Ackie) forcefully brushes the knots out of her waist-length hair before cinching her into the painful constriction of a corset. And then Katherine waits around, all dressed up for no one. When her husband does have guests over, she's left unacknowledged in the corner. She's often in solitude, sometimes drifting off to sleep right where she's sitting.

In its examination of an idle rich woman surrounded by condescending men, Lady Macbeth initially provokes comparison to Sofia Coppola's Marie Antoinette, which transmuted bourgeois boredom and ennui into pop excess. (Young Marie's life may be completely unfulfilling, but dig those lavish costumes!) Even if it is beautiful to look at — cinematographer Ari Wegner makes even the muddy, windswept plains surrounding the estate look mournful and mysterious — there's nothing luxurious about Katherine's world.

And unlike Marie Antoinette, Lady Macbeth doesn't avert its gaze from the servants of the house, and it's as much about racial dynamics as it is class disparity and gender politics. While her husband is away, Katherine has a run-in with one of his workers, Sebastian (Cosmo Jarvis), a brutish man of mixed race who corners Katherine in her room. She resists at first, but not for long, and soon they're rolling about in her bed at all hours of the day. Anna, who is black, is thus forced into the role of Katherine's confidante, even though Katherine is shockingly cavalier about her liaisons with Sebastian. The power dynamics between these three characters shift in unexpected ways, right up to the point when someone is murdered.

The basic building blocks of this plot suggest an overheated, torrid melodrama, but Lady Macbeth truly belongs in the same camp as recent literary adaptations — Cary Fukunaga's Jane Eyre, Andrea Arnold's Wuthering Heights, Thomas Vinterberg's Far from the Madding Crowd — that are grubbier and darker (both physically and tonally) than the staid versions we're using to seeing on PBS. If anything, Oldroyd seems to be channeling the Austrian auteur Michael Haneke, whose nihilistic influence is felt most evidently in a scene near the end of the film which unflinchingly observes a moment of violence that will unsettle a lot of viewers.

Katherine is, I suppose, our emotional conduit into this suffocating environment, and yet we realize with growing horror that we're as alienated from her as she is from her own husband. For this character to seem like a plausible human being, you need the right actress, and Pugh is completely convincing at every moment. Her performance is such that we're never quite sure when and why we're being played, nor if anything she says, especially in the film's concluding drawing-room confrontation, can be taken at face value.

If Lady Macbeth, which was adapted from Leskov's book by screenwriter Alice Birch, is using the retrograde beliefs of a bygone era to comment on our own, I'm not quite sure what it's trying to say. But as a brutal and unforgiving look at subordination and humiliation begetting violence, it's an occasionally stunning piece of work. The milk of human kindness is nowhere to be found in this one. ♦

Lady Macbeth is not showing in any theaters in the area. 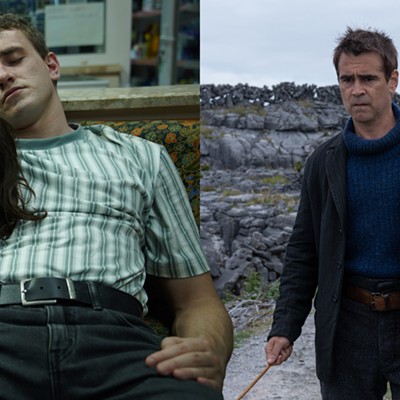