FORGET PACIFIC CREST; IT'S ALL ABOUT THE KETTLE

Comedian Lewis Black has a blunt take on travel to Ireland: "If you drink and you've not been there, get off your ass."

Apply the same sentiment for northeastern Washington's Kettle Crest Trail if you're a hiker, backpacker, mountain biker or trail runner.

Stretching about 44 miles end-to-end in the rugged and sparsely populated Kettle Range, the Kettle Crest offers what one backpacker said in a recent encounter was "the perfect spot to be up high and see nobody."

While books and films like Wild boost the already boiling-over popularity of the Pacific Crest Trail, the Kettle Crest remains a relatively undiscovered and hidden gem in an out-of-the way area of the Inland Northwest.

"On the west side [of Washington], hiking trails, especially the Pacific Crest, are full of people all the time," one hiker lamented, noting that the person he was talking to (i.e., me) was the first he'd seen in two days. That's one reason the Pacific Crest Trail, along its 2,650 miles from the Mexican to Canadian border through California, Oregon and Washington, sometimes gets called the "Pacific Crest Freeway" by hiking purists.

Sections: While you can hike the Kettle Crest end-to-end with a backpack, the more likely scenario is that you'll do multiple trips over the summer or many years, with numerous side hikes and scrambles up peaks (the route features six of Eastern Washington's highest mountains). For mapping purposes, it's broken into two main sections — north and south — split by state Highway 20 at the top of Sherman Pass, midway between Kettle Falls and Republic.

Camping: Established campsites can be hard to find, especially on the south section, with a few notable exceptions near a rentable backcountry hut, the Snow Peak Cabin, maintained by the U.S. Forest Service. A free car campground is at the main trailhead at Sherman Pass, with areas for horses.

Water: Fresh water sources are scarce, with few springs. But open range land in the area means livestock could have access, and you should always filter any water you do collect. To be on the safe side, be sure to pack in plenty of extra water from home.

Seasons: Much of the trail is above 6,000 feet, with higher scrambles up side peaks, meaning snow can persist late into June or July (even in low snow years like this). Call the Colville National Forest headquarters (509-684-7000) to check conditions before going. Even though summer activities are the focus here, it's ideal for backcountry skiers and snowshoers in the winter — if, like a Boy Scout, you're experienced and prepared.

Pro Tip: Though summer is great for vacation planning, late September through October can offer the prettiest views (and lower temperatures). The needles of Western larch (or tamarack) trees turn yellow and fall off, a site rarely seen in most coniferous forests. When they're blowing in the breeze, take time to appreciate the scenery and think of it as "nature's gold" falling on the trail.

Sure, Manito Park is a must-see area gem, but it's not the only floral game in town. Put your worn and deliciously dirty gloves on for the Inland Empire Gardeners' Spokane in Bloom Garden Tour on June 20. A well-spent $10 gets you a tour of seven area gardens, not to mention a day of sweet-smelling memories with the family. Purchase tickets in person at select area stores or online at tieg.org.

FREE (AS IN NO MONEY) STATE PARK DAYS

Nothing kills a hiking buzz like showing up at the trailhead and realizing you have to pay to park. GAH! Such is the life for residents and non-residents alike in Washington at all state parks. Bye-bye, budgetary allotments from the legislature. Hello, Discover Pass. (Idaho — Washington's obviously much more liberal, public-funding-for-all neighbor to the east — doesn't charge $10 per day or $30 per year for state park entry.) Have no fear; you don't need money all year. Free state park entry days are offered June 13, Aug. 25 and Sept. 26 in Washington. Now the only excuse keeping you from hiking Riverside, Mt. Spokane or Palouse Falls is that it's hot and you don't want to leave your air-conditioned house. But it's a dry heat. Get over it.

While you're doing that free state park day (see above), be sure to add in a hike (or run or bike or casual stroll) through Indian Painted Rocks, part of the Little Spokane River Natural Area. The parking area at 5800 W. Rutter Parkway in Spokane usually requires a state park Discover Pass. The loop hike (about 7 miles) offers natural and cultural history, with Native American rock paintings near the parking lot. Keep going (up, that is) as you ascend to the Knothead Trail above the valley floor to a high view toward the west of Riverside State Park.

You may call it Spokane to Sandpoint, but all the cool kids call it S2S, because, you know, they're cool. The Aug. 14-15 event is a 200-mile team running relay, but it isn't that strenuous when you think about it: Spread out over 24 (and many more) hours, six-to-12-person teams, beer drinking in between your race segments. What's not to love? Teams also have a shorter walking option. If you aren't into either the running or walking thing, cheer on the runners (many in costumes) as they pass through Spokane on the Centennial Trail to Coeur d'Alene and north to Sandpoint. Any event that size is always in need of volunteers. (Did we mention there's beer at the end?) Visit spokanetosandpoint.com. 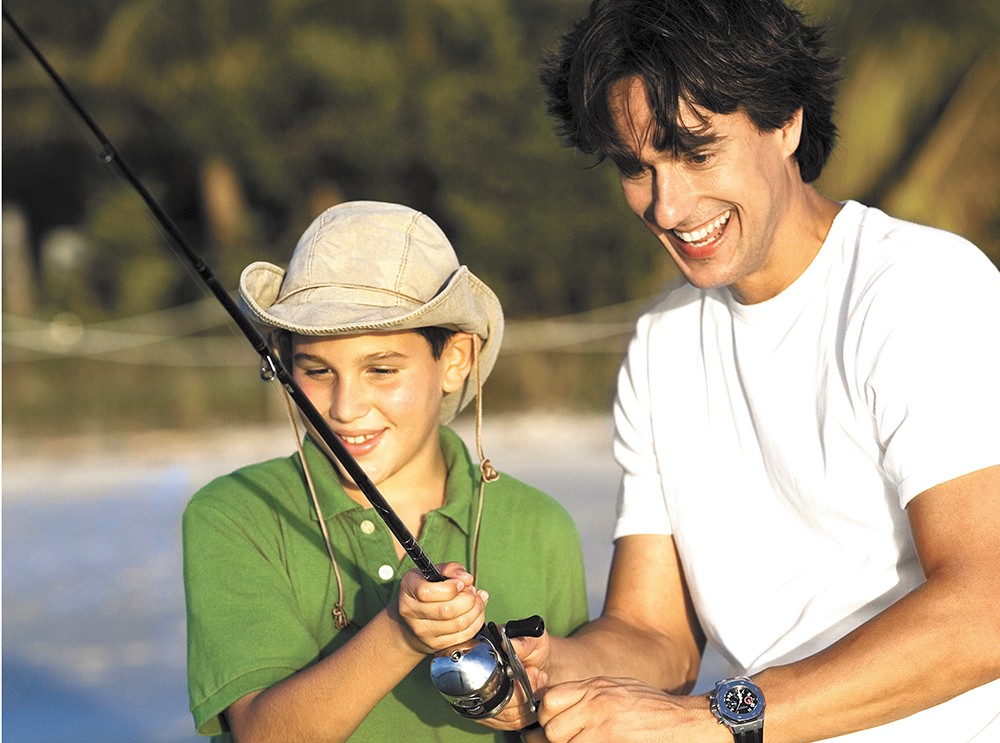 It may be early in the summer, but Idaho's Free Fishing Day on June 13 is worth the time spent on the lake fruitlessly casting line after line into the endless morass of your soul, er, getting your daily catch. It's a prime opportunity to teach your kid or grandkid how to sit on shore or in a boat and eat food that is decidedly not fish. If you're all novices, the state Fish and Game Department will have free lessons and gear at select locations. No word on whether they'll give you a souvenir fish if you come back empty-handed. Visit tinyurl.com/2015IdahoFreeFishDay.

PULL OUT THE PULASKI

Wallace, Idaho, may be known for its, um, rather colorful past in the "adult entertainment business" or where Pierce Brosnan bested a volcano in Dante's Peak, but it has another claim to fame: Pulaski. That's not just a go-to fire-fighting device (half axe, half hoe), it's the name of the tool's inventor, Ed Pulaski, who famously saved 45 fellow firefighters during the massive 1910 fire that burned much of the area. The two-mile (one way) Pulaski Tunnel Trail in Wallace traces part of the route Pulaski used to bring his crew to safety as the fire burned around them, eventually finding refuge in a mine tunnel. After all that hiking (and learning with numerous interpretive signs), stop at the Wallace Brewing Company to wet your... Pulaski?

You can't complain about there being "nothing to do" around here if you never try something new. That's even truer this year with the inaugural Spokatopia outdoor festival on July 11. The one-day outdoor fest features rock climbing, stand-up paddleboarding, kayaking, mountain biking and more. Plus, there's an optional morning trail run up Beacon Hill. You don't have to do everything, of course, but you should try something. Cost: $5. Visit spokatopia.com. ♦