Outflanked on the Right 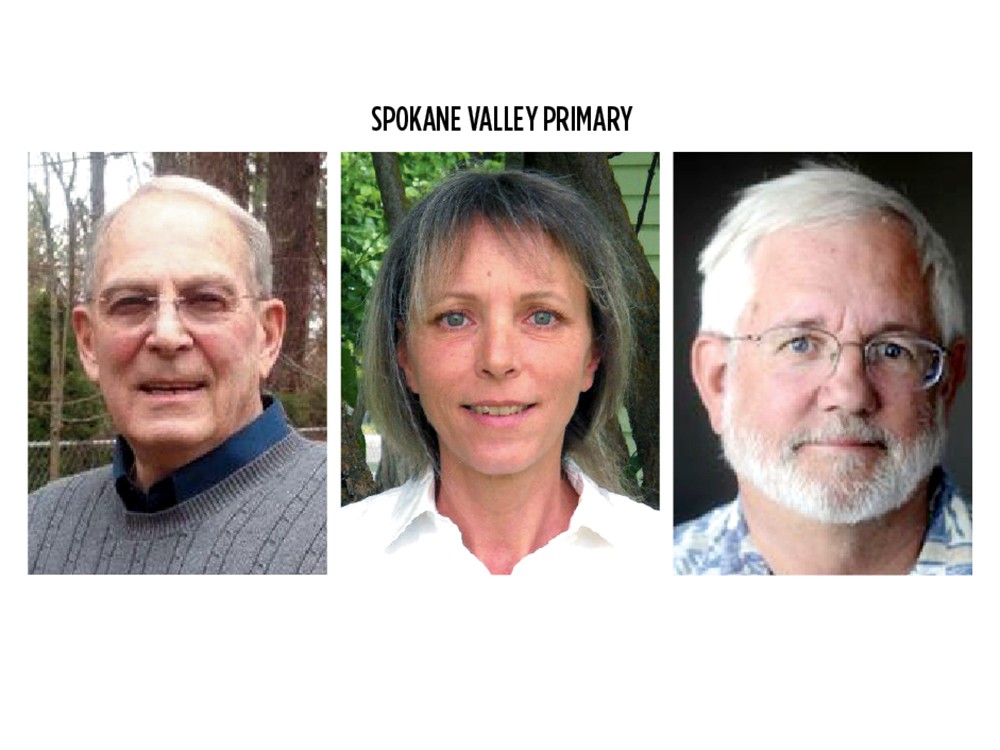 In 2009, Spokane Valley Councilman Gary Schimmels, despite being an incumbent, brandished the banner of “Positive Change.” He joined Dean Grafos, Brenda Grassel, Tom Towey and Bob McCaslin to shift the balance of power on the council and irrevocably changed the direction of Spokane Valley.

But now he’s under siege from many of his former allies. Schimmels is used to running unopposed. Yet he’s defending his council seat on two fronts, facing a primary with longtime political candidate DeeDee Loberg on the left and Ed Pace, a part-time Lutheran pastor, on the right.

“The bottom line is I have two people running against me, and I’m not used to it,” Schimmels says.

A few years ago, Schimmels and the Positive Change bloc defeated the Sprague-Appleway Revitalization Plan. SARP, as the plan was dubbed, was an ambitious, pricey overhaul of city zoning and signage codes, intended to resurrect vacancy-ridden Sprague Avenue and give the Valley a distinct downtown.

The Positive Change group eliminated the program, believing it would suffocate the free market. Over the past year, the city of Spokane Valley has focused on more immediate concerns, like looking for a city hall location, funding reconstruction of the Sullivan Road bridge and fixing roads.

Loberg thought SARP was a good idea. Running against Schimmels and Pace, she says the city needs a vision. “There’s no long-term strategic planning going on,” Loberg says.

She worries that the Valley is focused too narrowly on pleasing businesses.

“They’re leaning too far toward ‘business-friendly’ stuff,” says Loberg. “I understand being friendly, but there’s quality-of-life issues that butt up against business-friendly issues.”

So far, the deeper conflict seems to be between Schimmels and Pace, who accuses Schimmels of abandoning the Positive Change ideology. “It turns out his participation in Positive Change was mainly opposition to SARP,” Pace says. “He drifted away from them on anything else. I would stick with the original Positive Change principles: lower taxes, less government, making it easier for a more friendly business environment.”

Pace, who considers himself Positive Change’s true heir, has won support from many prominent local conservatives. He has endorsements from conservative councilmembers Arne Woodard and Rod Higgins. Brenda Grassel, the Positive Change councilwoman who resigned because she was moving outside the city limits, is running his campaign.

Schimmels, meanwhile, sells himself as an independent, not beholden to pressure from others. “Just because they all vote one way, doesn’t mean I’m going to vote one way,” Schimmels says.

The biggest point of contention between the three candidates is whether Spokane Valley should draw from its sizable reserve fund, or whether it should slightly raise property taxes to help pay for street improvements and capital projects.

Schimmels isn’t opposed to using reserve funds on crucial projects like the Sullivan Road bridge, but he wants to proceed cautiously. Last year, Schimmels says, he voted to raise property taxes by 1 percent. Loberg says she agrees with that approach.

Pace would spend excess reserves long before ever raising taxes.

“No new taxes, no new fees,” Pace says, describing his philosophy. “As I’m going around and doorbelling and talking to businesses, I haven’t found anyone that wants their taxes raised, even by 1 percent.”