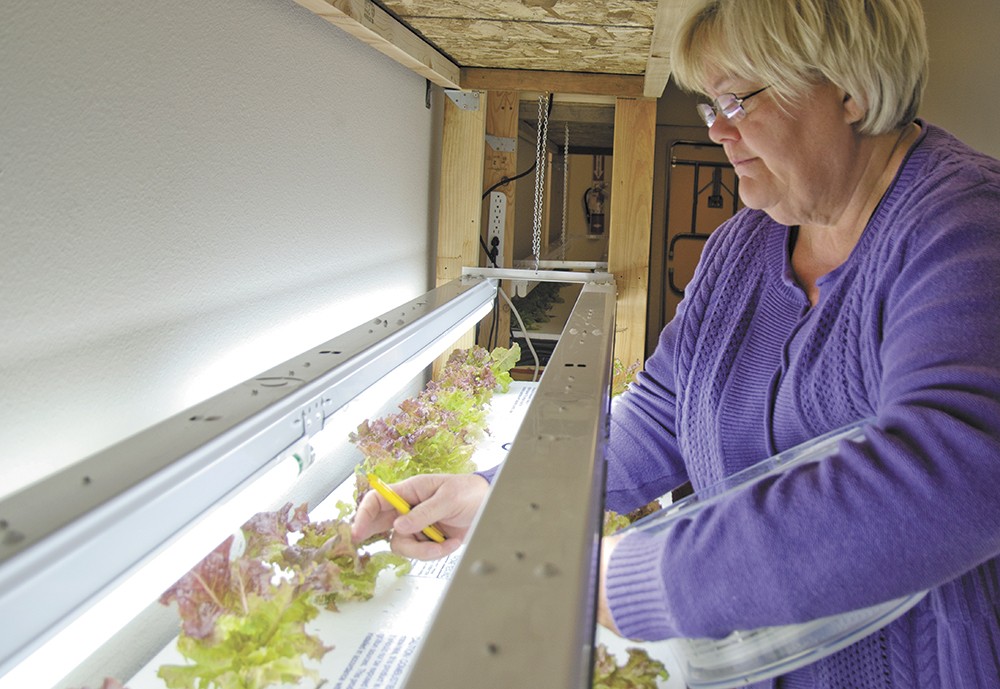 and tucked in unused corners of the Community Action Center in Pullman. The CAC keeps 250 plants — kale, green and red lettuce, bok choy, Swiss chard, parsley and cilantro — in a new indoor gardening system that puts fresh food on the shelves with bread and canned goods at the weekly food pantry.

It's a low-maintenance system put together by Sue Guyett, a volunteer who started a gardening program three years ago. She expanded this fall to grow greens hydroponically — meaning they grow year-round in fertilized water without soil — because people loved the option of taking home fresh produce.

"I make sure that I connect with my customers," says Guyett. "I hang out at food bank days and I just watch. Or I'll be weeding outside. I have people coming up to me, giving me hugs. They say, 'Thank you so much for this. I just can't afford it. I love it. My kids love it.'"

Food pantry workers want to make more fresh produce accessible to low-income families in communities across the country, because people with lower incomes have higher rates of diet-related illnesses, including obesity and diabetes. That's because the cheapest food has a lot of calories and little nutritional value.

Guyett uses the example of a family faced with the choice of refilling a child's prescription or buying fresh food at the grocery store. Many low-income families encounter such decisions every month: Whether to buy food or fill their car with gas — or heat their home in winter.

"Usually food's the last thing they allocate funds for," she says. 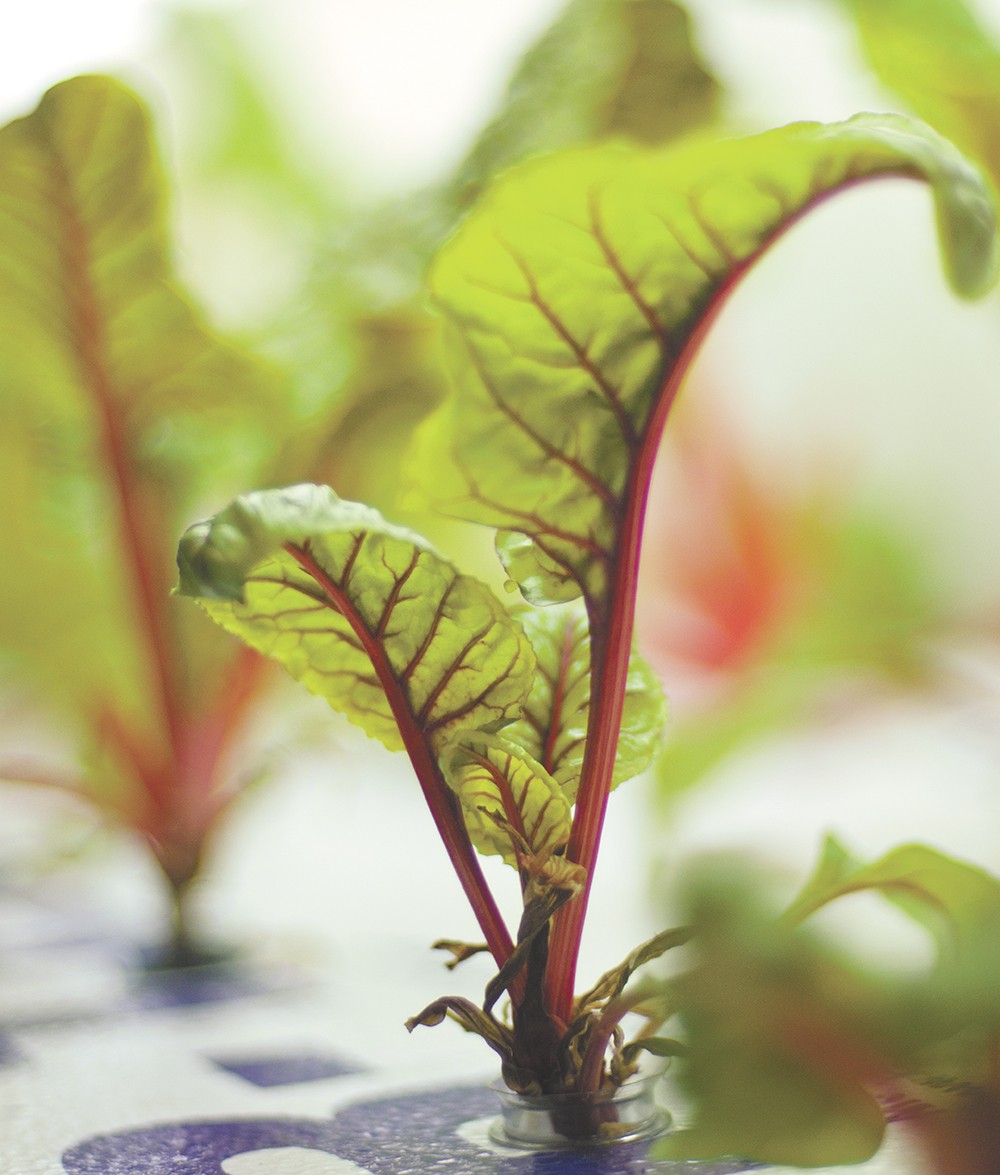 With the money left over, they buy food that's cheap and filling. Since fresh food can be some of the most expensive in a grocery store, making it available at a food pantry helps supplement a family's diet and budget. A visit to the food pantry can save $30 to $40, says Paige Collins, executive director of the Council on Aging & Human Services in Colfax.

Whitman County food pantry workers are exploring as many avenues as possible to make more fresh food available to their communities. Besides growing it themselves, pantries rely on donations, asking grocery stores and farmers to give or sell food that would otherwise go bad.

Collins recently bought 500 pounds of winter squash from WSU's Organic Farm for 50 cents a pound and distributed it to 200 families. Last spring, a farmer called because all his peaches ripened at the same time.

"He didn't even sell them to us. He just gave them to us," says Collins.

She's spending the fall and winter connecting with more farmers to draw more donations or discounted sales for the 11 food pantries she oversees.

Food pantries here face challenges while serving thousands of people in small, rural areas. Factors like transportation, timing and storage overwhelm every food pantry, but they're amplified when dealing with fresh food.

Ryan Lazo and Ashley Hope of the WSU Center for Civic Engagement work with county food pantries to improve access to and availability of fresh food. They put together a list to point people toward the Whitman County pantries that want fresh food donations. Lazo says that people need to know more about the need for higher quality food, especially in rural areas.

Hope says people don't realize that Whitman County's agriculture industry doesn't automatically lead to an abundance of fresh food at low cost. Collins, who joined the Council on Aging after working for Northwest Harvest in Seattle, says that urban areas attract more donations because they're near big food companies, like Costco, and more grocery stores with excess food.

"It's easy to forget this corner of the state," Collins says.

Lazo also hopes that the list will improve coordination between pantries, to mitigate some of the challenges as people donate more food.

"Last fall, I was visiting a food pantry and I noticed they had five cases of apples, but half those apples were rotting in the box," he says. "People were getting fresh food to those folks, but it wasn't getting distributed evenly. It was going to waste. So how can we curb waste while getting more food to people who need it in Whitman County?"♦