Where to canoe and kayak, from Sanders Beach to the Snake Pit 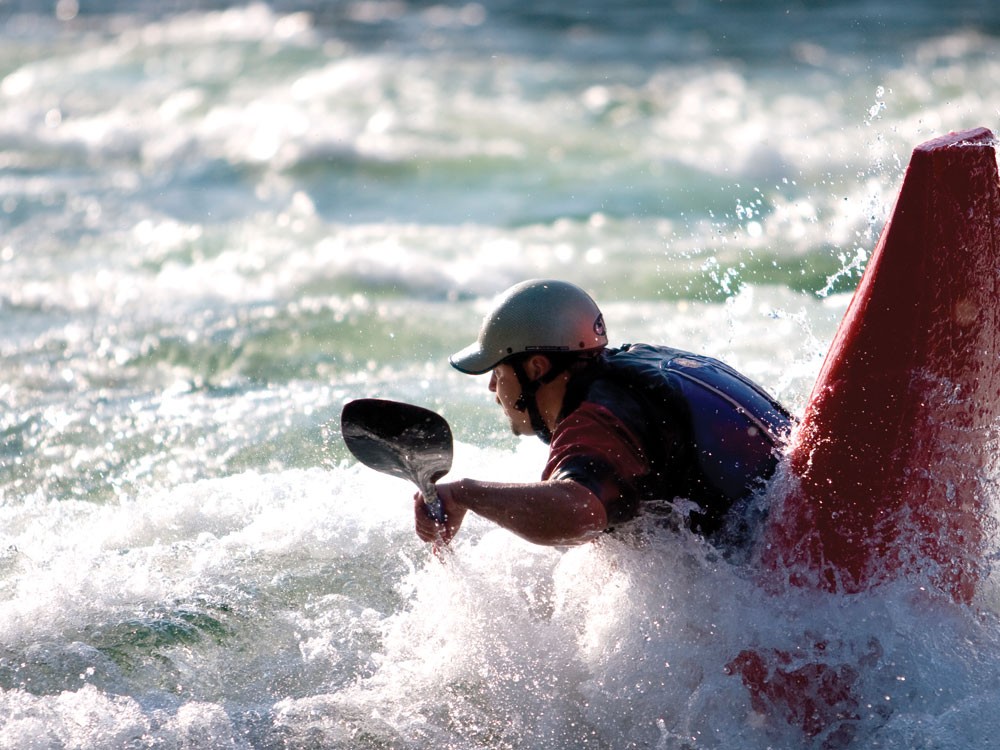 Mike LaScoula drank in the lovely evening hush on this willow-thick reach of river. The last rays of the setting sun igniting a golden gleam upon the placid waters when — WHAP! — a retort as loud as a gunshot broke the spell.

“We all jumped a little.”

LaScoula and some friends were embarking on a moonlit paddle of the most urban stretch of the Spokane River, an almost surreal stretch, he calls it, of unexpected natural beauty but also of hobo camps and rendering plants and lonely, rusted industrial zones up beyond the riverbanks.

Had someone just met a violent end and been dumped into the murky depths?

“We had seen a wake, the kind of wake a mammal makes in the water, and went closer and closer and — out of nowhere — a beaver gave a warning slap with its tail and went under. We were all startled,” LaScoula says.

Of all the 111 miles of Spokane River, this stretch is, oddly, the most remote, given the present lack of sanctioned access points. LaScoula’s group put in on a steep, rocky piece of the north bank just below Upriver Dam at 7 pm. They pulled out near CI Shenanigans downtown at 9.

“It’s a lovely stretch and it seems almost surreal. You are down in this corridor with huge, gorgeous willows and all sorts of wildlife and waterfowl, but you can still hear traffic.”

Paddlers pass under a variety of road and railroad bridges and just east of downtown, pass hobo camps marked by blue tarpaulins and shoals of empty shopping carts tumbled into the shallows.

“And then you come around the bend and you start seeing the spires of Gonzaga and then come the sounds of downtown and the city skyline appears. … Call it an urban wonder.”

This year, a guided kayak tour of the urban Spokane River is Aug. 5 from 5-7 pm. Visit Spokane River Forum, spokaneriver.net, for this and others in a two-month series of guided paddles covering all 111 miles of the Spokane.

The put-in to the Spokane River at Barker Road is scheduled to re-open any day now, after being closed for two years. The popularity of this roughly six-mile river reach to Plante’s Ferry Park is testament to its variety: Class II rapids at Flora and Sullivan, the prospect of the odd moose, several spots where the river mixes with our vast underground aquifer. You will know it, especially on a hot day, when air and water temps drop by about 20 degrees and you see water trickling out of the riverbanks. (KT)

Just because it’s smack-dab inside Coeur d’Alene, doesn’t mean you should overlook this quick way to get out on the water. Julie Titone, who enthusiastically paddles the region’s rivers and lakes, says it’s a snap to drop your canoes or kayaks on the beach and then find a nearby parking spot. Head east to see the manufactured wonder of the floating green, west to circumnavigate the natural wonder of Tubb’s Hill. The city’s restaurants and bars await your return. (KT)

Exit I-90 at Kingston in the Silver Valley, head north to Enaville and its famous Snake Pit bar and restaurant (aka the Enaville Resort). A lovely, twisting stretch of the Coeur d’Alene River bends away through cedar and other woods, passes under the interstate and ends at the historic Cataldo Mission. The parallel Trail of the Coeur d’Alenes allows for bicycle shuttling. (KT)

For a two-month series of guided paddling tours that will encompass the entire 111-mile stretch of the Spokane River, check out Spokane River Forum, spokaneriver.net, and open the Meet Me At the River tab. Ranging farther afield? Seek Paddle Routes of the Inland Northwest by Dan Hansen and Rich Landers. (KT)