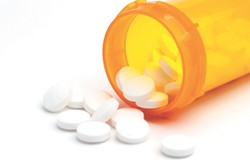 A WSU nursing professor is hoping to use an online tool to curb opioid addiction.

Marian Wilson, an assistant professor at Washington State University's College of Nursing in Spokane, has focused her research on helping people use online resources and alternative techniques to manage their pain and mental health, often in conjunction with their prescriptions.

Over the next five years, Wilson will expand on research she started in Spokane, co-leading an investigation to see if an online tool called the Goalistics Chronic Pain Management Program can help patients reduce their dosage or stop using OPIOIDS.

She'll work with lead investigator Theresa Winhusen, director of the Addiction Sciences Division at the University of Cincinnati College of Medicine, on the $2.5 million study of 400 noncancer patients.

The online program walks people through ways to recognize their negative thinking, use meditation and physical activity to alleviate pain, and offers insight on social relationships, as many in constant pain can isolate themselves and feel misunderstood, Wilson says: "We want to empower people to feel they can manage their pain."

While helpful tools are often taught at pain management clinics and through cognitive behavioral therapy, not everyone has access to those resources, she says.

"Especially now when we're finding a lot of people with difficulty getting doctors to fill prescriptions, clinics are closing down and physicians are prescribing less, we have this growing group of people that relied on opioids, but are now having their access cut off," Wilson says. "We never want those people to stay in pain and have no options." (SAMANTHA WOHLFEIL)

NO REPORT CARD FROM DOJ

Spokane will not get a final report card on the 42 reforms recommended by the U.S. Department of Justice, Assistant Police Chief Justin Lundgren told members of the city council this week.

"We kind of expected that might happen," Lundgren says. "And at this point they quit engaging with us some time ago, so if they were to give us a report now, in a lot of ways it could be outdated."

Sessions announced the changes last week to the DOJ's Office of Community Oriented Policing Services, or COPS. Under President Barack Obama, the COPS program engaged with local agencies on voluntary reform efforts. The COPS office would typically conduct a review, recommend changes and work with the department to implement them.

Under former Chief Frank Straub, Spokane was the second department in the nation to invite this type of review in the aftermath of Otto Zehm's death.

The 2014 COPS report recommended updates to SPD's training and policies, better tracking and analysis for uses of force and an internal culture audit, which was released in March of this year.

Although the Justice Department will not publish a final report, Lundgren says all 42 recommendations are implemented. SPD also went beyond the recommendations and established subject matter review panels for critical incidents such as pursuits and uses of force.

A background document from Sessions' DOJ provided to news outlets last week stated that collaborative reforms, such as the one in Spokane, "led to the unintended consequences of a more adversarial relationship between DOJ and the participating law enforcement agencies." The repurposed COPS office will provide technical assistance and grants and assist local departments combat violent crime, gangs and drugs.

But Lundgren says the process in Spokane was not adversarial.

"The reform was truly collaborative," he says. "They didn't come in and dictate to us, 'You must do this or that.' We did a lot of things really well prior to working with the DOJ, but they certainly made things better, and helped us improve upon the good." (MITCH RYALS)

In the name of protecting PARENTAL RIGHTS, Spokane Valley City Councilman Ed Pace is pushing a potential ordinance that would restrict schools and health agencies from making decisions about student vaccinations, school curricula and gender-neutral bathrooms.

"We have a mandate to protect the individual rights of our residents," Pace says.

Last month, Pace, who is running for re-election this year against former councilman Ben Wick, proposed that the ordinance be put on the city council's advanced agenda. According to a draft of the ordinance's goals, it would give parents complete authority in deciding to vaccinate their children, and in deciding whether or not to keep children home during a disease outbreak or epidemic. Pace says that's in response to a mumps outbreak in local schools last year, during which schools prohibited unvaccinated students from coming to school.

Additionally, the ordinance would give parents "complete and final authority" over curricula and teaching methods. It would also repeal protections for transgender people adopted by the state's Human Rights Commission.

Rick Eichstaedt, executive director of Spokane's Center for Justice, says the ordinance would invite lawsuits costing Spokane Valley thousands and thousands of dollars. He says that state law reserves the right to make decisions on health emergencies, curricula and the privacy of minors.

"I'm pretty confident if they were to pass something like this, it would be struck down by a court," Eichstaedt says. "I think it's a foolish effort."

Pace says Eichstaedt is correct that these are things that should be handled at the state level. Currently, he says he is working with the state legislature. He's not sure when the ordinance will be up for a vote.

"One possibility would be to change state law to say that city governments can pass ordinances in the interests of protecting constitutional rights, even if the ordinance contradicts a state law," Pace says. (WILSON CRISCIONE) 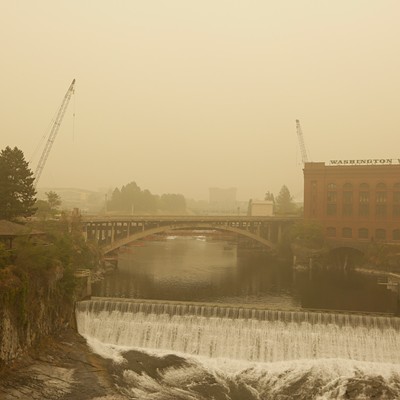