The former VP candidate has her sights on Northwest races, but what does her endorsement really mean? 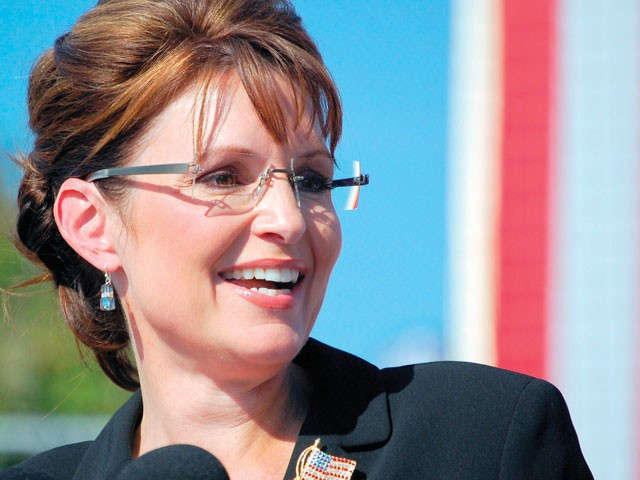 therealbs2002
So far, candidates endorsed by Sarah Palin have gone 10-4

Coronation or kiss of death? That’s what pundits have been debating for weeks, in wondering about the significance of an endorsement from former vice presidential candidate and Alaska Gov. Sarah Palin. Since shifting away from public service last year, Palin has become a public spectacle — penning a memoir, speaking at Tea Party conventions, hosting television shows and positioning herself as one of the country’s top influence peddlers when it comes to elections.

Since last fall, as the “Texas 4 Palin” blog indicates, the former guv has endorsed 27 different political candidates, mostly via her Facebook page. Of those, 14 candidates have faced primary elections. In these, Palin is 10-4.

She backed war veteran Vaughn Ward in Idaho’s congressional primary — a move criticized by Tea Partiers, many of whom supported the ultimately victorious Raul Labrador. Looking ahead to Washington state’s August primary, she has endorsed Cathy McMorris Rodgers and John Koster for Congress, as well as Clint Didier’s bid to unseat U.S. Senator Patty Murray.

But despite her track record so far, there is still debate over what exactly her endorsement means. ABC News opines that Palin’s picks “pack a punch.” The Washington Post blog “Plum Line,” on the other hand, calls Palin “toxic” and points to a poll (pdf) conducted for NBC and the Wall Street Journal that seems to suggest voters are wary of her.

In the poll, voters were asked how a number of different factors would change their perception of a candidate. Asked how they’d feel if a candidate was endorsed by Palin, 52 percent said they would be either “very uncomfortable” or would have “some reservations” with the candidate. Compare that to the 25 percent who said they were “enthusiastic” or “comfortable” with it.

“It’s going to help [McMorris Rodgers] against the Constitutional Party,” he says, “[But] it could definitely turn off moderate voters and people that have viewed her as a moderate Republican. This does paint her as more of a right-winger, in my opinion.”

Cordero adds that he’ll likely use that association with Palin in his campaign against McMorris Rodgers. But the endorsement may not be as effective a tool as either candidate anticipates.

Pam Stout, president of the Sandpoint Tea Party Patriots — you may remember her from her appearance on David Letterman in March — says she would consider any candidate Palin endorsed but insists that Tea Partiers are a skeptical lot.

“She’s still extremely popular, but I think people have their eyes open and they take it with a grain of salt,” Stout says. “Yes, it probably swings some of the Tea Partiers over, but none of them are that aligned behind her that if she endorses some candidate, they’ll vote for them.”

Stout adds that she was disappointed with Palin’s support for Vaughn Ward, whom she considered an “out-of-stater” compared to Raul Labrador, who as a state senator had a voting record to examine.

But while Stout believes Palin’s choices and opinions are “sincere,” Tea Party of Spokane spokesman Kirk Smith isn’t so sure. Like Tea Partiers nationwide, Smith has been surprised at some of Palin’s picks — including establishment candidates like Ward and Senate candidate Carly Fiorina from California.

“I’m trying to look for a pattern,” he says. “She’ll endorse one person and then somebody who’s completely the opposite in terms of principles, ideas and beliefs — from mainstream to very, very, very hard-right evangelical candidates.”

Smith calls Palin’s record “bipolar” and says he’s “befuddled,” though he suspects Palin is using her endorsements to gain favor within the Republican Party and pave the way for her own run for political office. He says he doesn’t know how to feel about her balance between pragmatism and principles, though. Nor does he know what kind of pull her endorsements exert.

“She does represent a decent-sized group of people within the conservative movement. She speaks to them and gets them involved and I think it’s good to get more citizens involved in the process,” he says. “But is it going to hurt the movement or strengthen the movement? I don’t know.”