By the time Jessica Abel began as a Certified Nursing Assistant just over a year ago, Providence Sacred Heart Medical Center was just getting hit with an influx of new COVID patients.

And Abel, 23, was put right into the COVID unit.

Abel enjoys taking care of people, but she acknowledges that the emotional toll has been hard to handle at times in the past year. She's worked 12-hour, sometimes 16-hour shifts. She's worked days where multiple people she cared for — helping them go to the bathroom, changing their bedding — died. And through the whole thing, the hospital has been short staffed, which only makes the employees still there wanting to leave more.

"We have so many people who are leaving to either go to other places, because other places are paying more, or they're leaving just to get a break because they're overwhelmed with everything that's been going on at the hospital," Abel says.

The health care worker shortage isn't only a problem at Sacred Heart. It's affecting hospitals across the region and the country at all levels, including medical staff, nurses and physicians.

While it's been an issue for years, the burnout from the pandemic has only exacerbated the issue at a time when health care workers are needed the most, says Staci Taylor, Providence chief human resources officer.

"It's been really sparse in health care for about 10 years, and it's really getting worse," Taylor says. "The pandemic took a huge toll on health care workers. It's the greatest shortage we've ever seen." 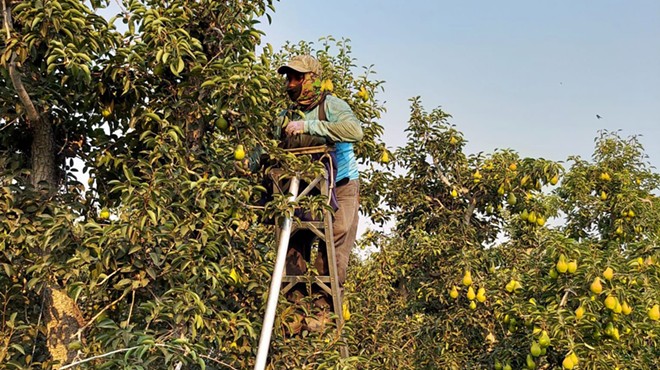 By 2034, the United States could see a shortage of up to 124,000 physicians, according to a report released in the summer by the Association of American Medical Colleges.

Demographics play a major role. The population is growing and getting older, causing demand for doctors caring for older people to increase while, simultaneously, more physicians near retirement age.

In Washington particularly, there's a lack of general surgeons, says Anjali Kumar, a surgeon and director of clinical education for surgery at Washington State University's Elson S. Floyd College of Medicine. The state ranks in the bottom third of all states in general surgeons per capita, according to the AAMC.

Kumar says that's an embarrassment that can mean some Washington residents, especially in rural areas, don't have good access to advanced care.

"If you have a cancer diagnosis that is discovered, then where do you go to get your care and is it a nationally accepted standard of care?" Kumar says. "You might have to go to a center that has more high volume, and those centers are few and far between on the eastern side of the mountains."

What makes Kumar hopeful is that a quarter of WSU medical students are interested in pursuing surgery, which is much higher than the national average. The students are being put in hospitals in Washington with a high need for surgeons, and students are seeing that, she says.

With thousands more truck drivers needed, America is realizing how much we rely on them

For nurses, there's been a national shortage for years. Unions have called for higher pay to address the shortage in hospitals, pointing out that a staff nurse can quit and become a traveling nurse and get paid much more, often in the very same hospital.

And because of what hospitals spend on traveling nurses — one who typically jumps around hospitals — those hospitals' ability to spend on new physicians may be diminished, Kumar says.

Health care systems know this is a problem. Matt Allore, Multicare's executive director of human potential, says traveling nurses can help fill gaps due to retirements or other transitions, but they hope to reduce the reliance on them by retaining their own employees.

That isn't only about pay, he says. While market competitive pay and benefits are "entirely essential" in order to maintain a good workforce, Allore says, other employers can adjust rates of pay to match each other, so it won't ultimately solve a national shortage of workers.

Both Providence and Multicare have offered hiring bonuses, wage increases or retention bonuses. But the health care systems also say it's crucial to create an environment supportive to employees in other ways. Taylor says Providence is making sure caregivers are able to take time off, have easy access to behavioral health services and are given financial benefits and support for child care services.

COVID may have had the greatest effect, however, not on physician and nurse staffing, but on staff to support providers, Kumar says. That includes coders, schedulers and nursing assistants. And that has a direct impact on patient care, too.

"I may be interested in doing all kinds of colonoscopies and surgeries, but we may not have the staff to support it," Kumar says.

The state vaccine mandate has played a role in workforce challenges, with a small percentage quitting because of the requirement. But Allore says it had "less of an effect than we anticipated" and did not cause significant disruption at the hospital.

Abel, the nursing assistant at Sacred Heart, says she appreciates the mental health support and other services Providence has offered employees, but she thinks the biggest thing that could retain more workers is paying them more or offering retention bonuses that equal new hiring bonuses.

Still, she wonders if there is any amount of money that can make up for the burnout caregivers experience during the pandemic.

"There have been times I've been like, oh my gosh, how am I going to keep handling this with the amount of death we're dealing with?" Abel says. ♦