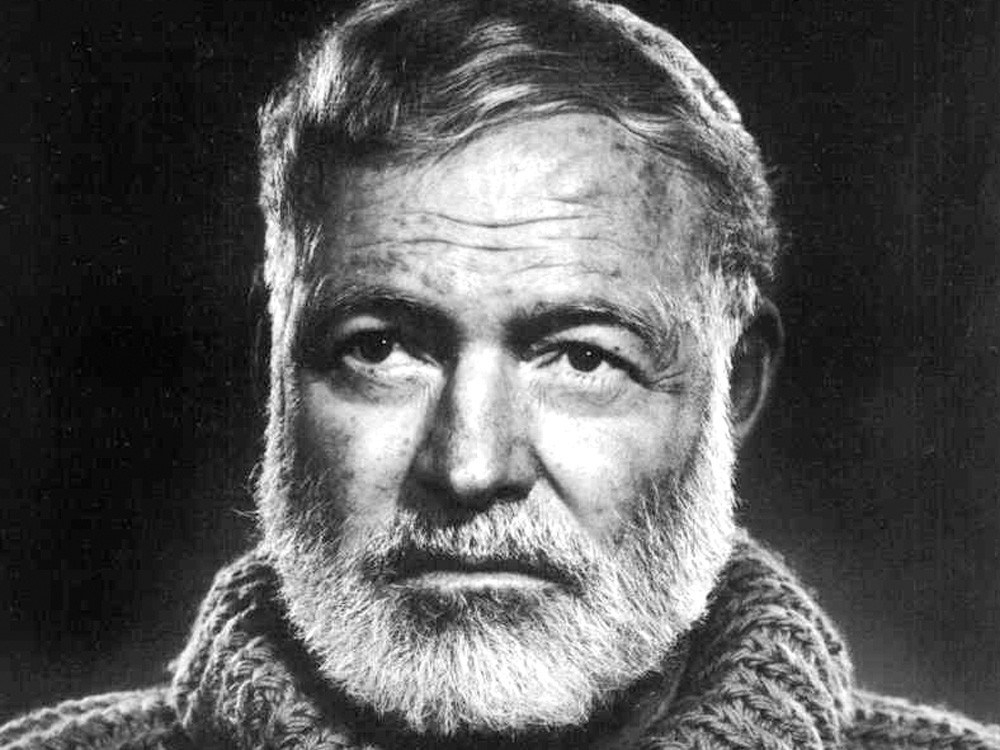 Ernest Hemingway left much to talk about.

“He changed the entire landscape of American fiction, completely turned fiction on its ear in a totally new direction,” says Brandon Schrand, director of the Hemingway Festival in North Idaho.

Hemingway, an enthusiastic outdoorsman who often weaved those experiences into the turbulent lives of his characters, frequented Idaho and killed himself in his Ketchum home in 1961 after battling depression. He is buried in the cemetery there, though local landowners in the town have worked successfully to limit access to his house.

The festival, organized by the Ernest Hemingway Foundation and Society and the University of Idaho, will make its third appearance as an expanded event in Moscow next weekend. The three-day occasion features writers reading their own work and talking about the man known as “Papa,” and a discussion of a Hemingway documentary, Rivers to the Sea.

Featuring an assortment of scribblers from nearby and far away — “We just sort of draw on a network of writers that we’re reading,” Schrand says — the festival also includes Brando Skyhorse, whose novel The Madonnas of Echo Park won the 2011 PEN/Hemingway Award. Skyhorse will read from his novel and participate in panels such as “The Business of Writing” and “Why Hemingway Matters Today.”

And Hillary Justice will be on hand to discuss boar hunting and oysters — “a look at how Hemingway uses food as he does geography,” Justice, a professor at Illinois State University, says. “That was a huge vein, and he tapped into it for really good literary affect.”

“A Clean, Well-Lighted Place” is a story most people — even casual readers — know. Assigned to high school and college students, the piece that douses the “Our Father” in “nadas” sums up for Justice not only Hemingway’s mastery of language but of powerful themes.

“You get politics, religion, age and youth, wisdom, youthful passion . . . all in one story,” she says.

Schrand, who also teaches at the University of Idaho, says his first dose of Hemingway was struggling through The Old Man and the Sea in high school.

“I was listening to Motley Crue and I didn’t want to read a book about some old man and a fish,” he says.

The Sun Also Rises changed that. After reading Hemingway’s first novel, Schrand starting buying Hemingway books and signing up for classes on the writer. That’s when the author taught the reader how to read like a writer.

“I started looking at verbs and nouns and how he strung them together on a page,” Schrand says. “I started typing out the first sentences of The Sun Also Rises. I also studied his dialogue.

“In fact, if I teach dialogue now, I often go back to Hemingway,” he says. “It’s concise, it moves intuitively, there’s not a sense of contrivance there.”

Hemingway wrote with “an emphasis on clarity and what’s now commonly know as the iceberg theory.”

In other words, one-eighth of the story is written about and obvious to the reader, while the rest is only alluded to.

“There’s always so much more going on beneath the surface,” Schrand says. “If you’re a writer or a teacher or both today, whether you like his aesthetic or not, he casts such a shadow where you have to reckon where you stand in that shadow.”

Featured Hemingway Festival speaker Brando Skyhorse won the 2011 PEN/Hemingway award for his first novel, The Madonnas of Echo Park. Skyhorse spoke to The Inlander from Jersey City, N.J., where he now lives.

INLANDER: What are your thoughts on Ernest Hemingway?

SKYHORSE: Three hundred years from now, we’ll still be talking about Hemingway. By the time that Hemingway was 30 years old he’d written two seminal novels [The Sun Also Rises and A Farewell to Arms] and two collections of short stories [In Our Time and Men Without Women]. It’s like, ‘What the hell am I doing with my life?’ Men Without Women, the stories in there, they’re just knockouts. It’s almost like a ballad now.

The Madonnas of Echo Park won the PEN/Hemingway award this year. You yourself grew up in Echo Park, a Los Angeles neighborhood, as half-Mexican, half-Native American. What were you trying to accomplish with the book?

The characters, the experiences, I hope they’re as true to not only my experience but to both first- and second-generation [Mexican-Americans that came] into that neighborhood. The one thing that the characters in the book all have a sense of is being this outsider. The neighborhood itself is the biggest character — the link for other characters to meet each other.

Your Mexican father left the family when you were 3 years old and you were raised by your mother, a Native American. You mentioned that early in life you didn’t realize you were Mexican, and the novel begins with an anecdote on that note. Is that something you still think about?

I never really put it together, because my mother was such a force of nature — around in junior high, I started to piece it together. It’s been challenging, it’s been an interesting way to navigate through the world. I don’t know what the hell is going on, I don’t know which camp I fall into. It’s probably going to be one of those things I keep coming back to for a while [as a writer].

What would Hemingway think about a festival held in his honor?

As long as there was enough bourbon at the bar and he didn’t have to do too much, I think he’d think it was wonderful. (Joe O'Sullivan) 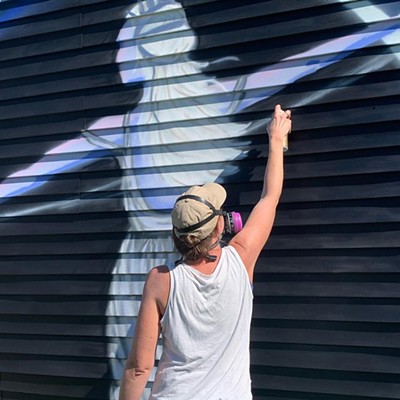