Playing a hodgepodge of genres and instruments, the Ragbirds manage to tie everything together. 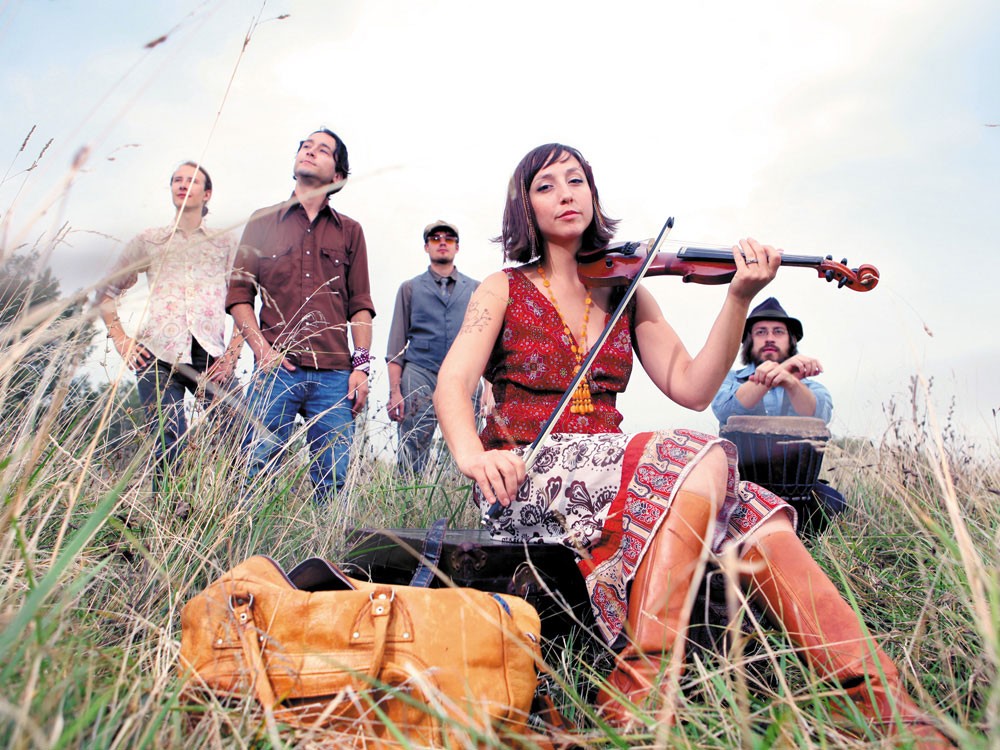 Their name evokes a mental image of a magpie, a bird with a reputation for lining its nest with objects discarded or lost. Strands of tinsel, shreds of cloth, wisps of fluff — anything that catches its eye.

The Ragbirds adopt this patchwork approach when it comes to their music. Their genre is essentially anything that can be played or sung. Their audience is equally — appropriately — diverse.

“We’ve found that our music appeals to a very wide fanbase across all ages and most walks of life,” says frontwoman and multi-instrumentalist Erin Zindle. “I’m not exactly sure why. I think we weave a familiar element into everything we do. We’re known to throw a Charlie Daniels riff into a Romanian gypsy fiddle tune, or to sing an old gospel spiritual over a traditional African rhythm.”

“At the heart of it, it’s folk rock with a fiddle. It’s very accessible,” she says.

The global consciousness that informs the music of this Michigan-based quintet pervades more than just their three self-released studio albums. It’s in the way they tour, too — they call it “eco-touring.”

“Touring in a gas van with six people, getting all your food to go ... it can have a large negative impact on the earth, and it was an important step for us to lessen that impact,” Zindle says. “Through the conversion of our diesel van to run on waste vegetable oil, we’ve reduced our carbon emissions by a significant amount.”

Fueled by the dregs of fry cookers, the vegetable-oil-powered combustion engine nets them a modest 14 miles per gallon — “only slightly less than diesel.”

Whatever minor drawbacks it entails (Zindle is hard-pressed to name one beyond basic upkeep), the modified van has the fourfold advantage of being a conversation piece, a concert draw, a money-saver and an inspiration to others.

“Sometimes people will come out to the show just to see the van and talk to us about traveling on used grease,” he says.

As a band, Zindle says the Ragbirds’ patched-together existence — the eco-touring, the music, the band itself — is driven by one unifying idea: Hope.

“It’s woven into many of the songs’ stories,” he says. “This is a hard-earned hope we’re singing about, and you can’t get to that without singing about the sadness too.”