Has Wilco finally moved away from the 'dad rock' label?

If you look up the term "dad rock" on Google Trends,

you'll find a steady flurry of worldwide search activity from late 2010 through present day, a lonely spike of searches in the first half of 2009, and before that... nothing.

Before "dad rock" found favor as a pejorative employed by young folks and cynical Gen-Xers to poke fun at the graying, decaying genre of rock 'n' roll, there was no such thing as dad rock.

There were dads. And there was rock. But dads liked classic rock, and classic rock came with outdated cool and no outsider pretense. Rock meant the Eagles and the Doors, Led Zeppelin and Lynyrd Skynyrd. Dads wore dark socks with shorts and watered the lawn.

But dads have changed. During last February's Super Bowl (Why didn't they run the ball? Ah!), Toyota, Dove and Nissan all filled high-priced airtime with "dadvertising," celebrating sensitive, sharply dressed 21st-century fathers. Since 2012, the Dad 2.0 Summit has been held annually, connecting "daddy bloggers" with marketers "to discuss the changing voice and perception of modern fatherhood."

Dads are hip now, and so dad rock has changed. Dads these days listen to Tame Impala and Grimes and Chance the Rapper. The lamest band a cool dad might listen to is, like, Foo Fighters or something. And Foo Fighters aren't so bad.

Lost in the evolution of dad rock is the term's original (and still, probably) flagship band, Wilco, which plays the Festival at Sandpoint Saturday. In a 2007 review of the veteran Chicago group's middling sixth album, Sky Blue Sky, Pitchfork's Rob Mitchum described the music within as "soft-rock-plus-solos" and derided its "lackluster spirit." The clincher, however, was this line: "Sky Blue Sky nakedly exposes the dad-rock gene Wilco has always carried but courageously attempted to disguise."

Make no mistake: Mitchum was right. After a decade of consistently great country-rock, dark folk and experimental pop from Wilco, Sky Blue Sky marked the beginning of the group's slow, feathery descent into peak dad rock. Backed by his most talented bandmates ever — including world-class guitarist Nels Cline and world-class drummer Glenn Kotche — founder and creative core Jeff Tweedy spent that album, as well as 2009's self-titled effort and 2011's The Whole Love, sloshing around in somnambulant singer-songwriter mode. Live, the band was a beast. Recorded, it was blah.

Those records weren't terrible, mind you. They just weren't exciting. They were quiet and cozy, a favorite pair of sweatpants you'd wear on quick run to the store. They were the ideal soundtrack for a mellow evening at home: a cool band with a good-sized following (but not big enough that all your friends have heard of them), and never loud enough to wake the kids.

That lonely 2009 spike on Google Trends? It lines up nicely with the release of Wilco (The Album). Another in October of 2011 coincides with the release of The Whole Love. Yet another in 2014 follows the unveiling of Tweedy, a band Jeff Tweedy formed with his own son Spencer. (They're just messing with us now, right?)

But as you move right on the graph, the peaks stop lining up with Wilco-related news. There's a USA Today podcast "for a generation of fans who proudly rock out while shuttling the kids to soccer practice" and a Billboard thinkpiece arguing that dad rock has "outlived its usefulness." 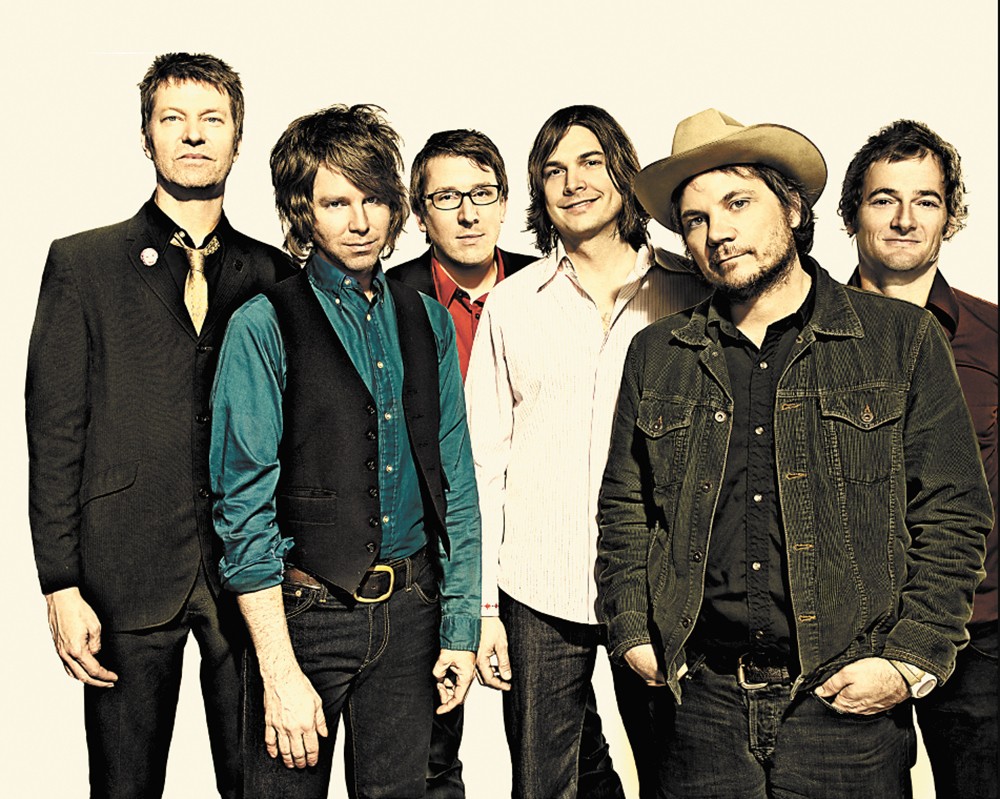 Wilco headlines the Festival at Sandpoint on Saturday, Aug. 15.

Somewhere in the past year or two, dad rock went mainstream.

The beauty of this is that Wilco seems to be going in the opposite direction. Last month, the band surprise-released Star Wars, its ninth studio album and best since at least 2004's A Ghost Is Born, and maybe even 2002's Yankee Hotel Foxtrot. Star Wars doesn't crackle with the same restless energy and experimentalism as that classic, but it buzzes and pulses and hisses and squirms in a way we've not heard from Wilco in a long time. It feels loose and tossed together, not endlessly fussed over. It's like the sextet took several of its best sounds — the dissonant guitars of "Random Name Generator," the Summerteeth-style paisley pop of "Taste the Ceiling," the warped roots-rock of "King of You" — seasoned 'em with another decade of skill and soul and let 'em show again.

Meanwhile, Wilco's live juggernaut rolls on, stopping not only in big cities but also smaller places like Bend, Oregon, Missoula, Montana, and Sandpoint, Idaho. (The band has performed in 49 of the 50 states, with only Hawaii left to go.) It does so with an unassuming confidence that befits one of the finest bands of the past two decades, and with a new record in tow that proves Wilco is still a reliable and important creative force.

Joke about dad rock all you want; Star Wars will wriggle out from under that tired old term. But reliable? Important? Quiet confidence? Those are timeless, fatherly qualities that any band would be proud to have. ♦