People for the Ethical Treatment of Ales

How do you make beer without animals? Plus, a bit of everything at the new Dawg House.

By Luke Baumgarten and Jordy Byrd 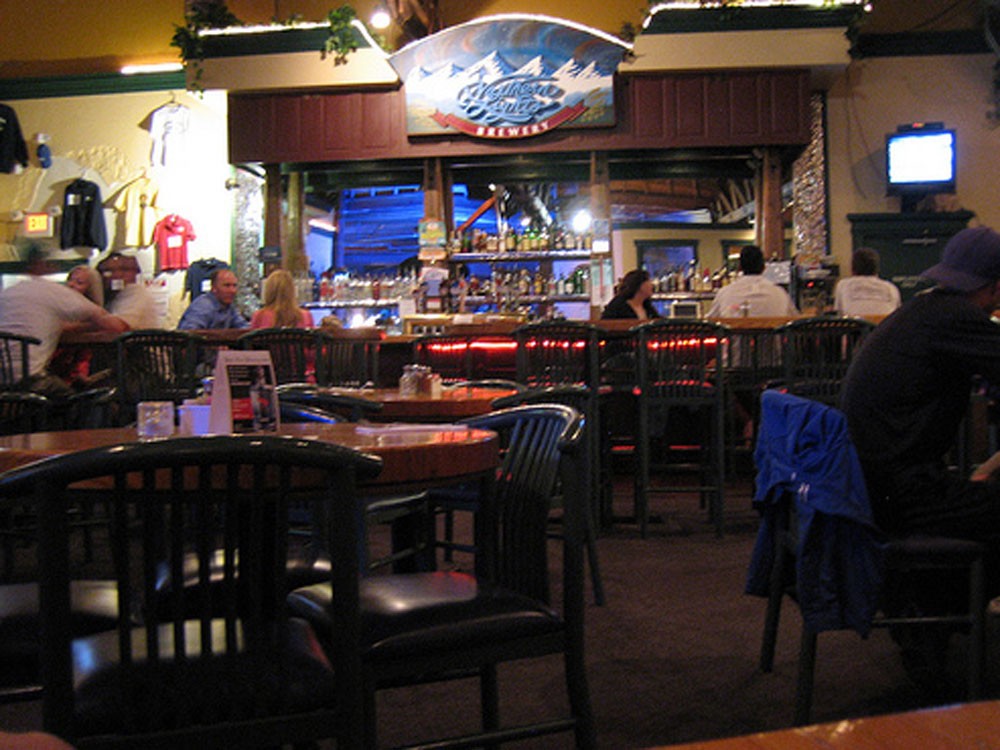 Jello has always been a no-no. Kellogg’s Mini-Wheats, counterintuitive to what you’d expect, are off-limits, too. My poor vegetarian heart broke the day I found out McDonald’s French fries are totally verboten. All of the items on the list above contain animal byproducts — anything that can be stripped, boiled down and deemed usable.

But what about your brewski? What about your evening glass of chardonnay? Chances are, if you’re a veggie and you drink, you’ve broken your solemn vow. I am bloodstained as well, dear reader.

Brewmasters and winemakers may include animal byproducts in their beverages through filtration and fining processes. You’ll never read gelatin — made from animal tissue, skin and bones — on a bottle label, but there’s a decent chance it’s there.

The most commonly used byproducts are gelatin, eggs and isinglass, a fish bladder collagen. Companies are not required to put these ingredients on bottle labels, as they are said to be removed from the final product.

Bryan Utigard is a brewer at Northern Lights Brewery. He seems baffled at the thought of using byproducts in their delicious Blueberry Creme. “I know we use perlite as a refining agent, but I couldn’t tell you what it’s made of,” he says. “Call me if you find out it’s made from animals.” Utigard and his beer are safe.

Brewer Laurie Kraus with Coeur d’Alene Brewery says he’s familiar with the practice but reassures me that the brewery uses a sedimentary rock called diatomite as a filtering agent.

Winemaker Kristina van Loben Sels from Arbor Crest is much more hesitant to speak. She doesn’t want to give the cellar a bad veggie wrap. “I do use one animal byproduct with select white wines,” she says. “On occasion, I use isinglass in very small quantities to help reduce some bitterness due to a high skin to pulp ratio in Riesling.”

The isinglass latches onto the impurities in wine, is caught in the filters and more easily removed. Van Loben Sels says gelatin is also used because it latches to proteins. Most brewers and winemakers are quick to point out that once the impurities are settled, the drink is yet again filtered. They argue that little to no traces are left behind in the actual beverage. But that’ll be left to you to decide.

“There is no standard method or refining agent used by all winemakers or brewmasters,” he says.  “It’s personal preference.” The best way to find out if your favorite summer ale or bottle of wine is vegetarian friendly is to do the research. Barnivore.com is a great resource and will provide you with a list of questions to ask.

If you desperately need a drink and don’t have time to do the research, stick to the cheap end of the spectrum. It may taste to your refined palate like watered-down piss, but it’s been proven: The Anheuser-Busch Companies are 100-percent vegetarian. (Jordy Byrd)

As you might expect from its name, The Dawg House Eatery wants to be a number of different things to various groups of people.

At The Inlander, we applaud overachievers and we like the idea of converting a house into a restaurant space, so when we heard that an old craftsman on Sharp had become the Logan neighborhood’s newest food hole, we simply had to explore its mysteries.

To us, the intentional misspelling of Dawg screams sports bar of the leave-the-wife-at-home variety, while the inherent gentility of a word like “eatery” suggests they might offer an English Tea service. Could they really be trying to do both? We wondered.

No, not really, though to call the cuisine eclectic is an understatement. Lunch is mostly sandwiches and wraps, while dinner aims decidedly higher (not an entrée under $16), offering a greatest hits smattering of cuisine from all over. There’s Northwest (cedar plank salmon, $17), Creole (Cajun crab cakes, $18) and Italian (Chicken Marsala, $16).

For the appetizers, take a little bit from column A, a bit from column B and the rest from column Tex-Mex. Here, the Murphy’s Stout Onion Soup ($3 cup; $5 bowl) rubs elbows with prosciutto focaccia ($12) and the steak quesadilla ($12)

And while we’re on the subject of the beer soup, much at the Dawg owes a debt of flavor to alcohol (see also: Guinness-marinated steak sandwich, $12; the house whiskey hot sauce and a whiskey peppercorn sauce that tops the rib eye, $16).

This is not a bar — sports or otherwise — though they do offer a selection of wines and beers. Expect booze hot on the heels of a just-approved liquor license.

Last Wednesday, the place was half-full of businessmen and women enjoying lunch in what would have been the living room and dining room. There was a larger group upstairs in what may have been a bedroom, and a number of college-aged people chatting in a nook at the back, where the dining room settings in the front of the house gave way to smaller side tables and cozier occasional chairs. A studious environment for which there’s free Wi-Fi.

It’s hard to tell exactly what the Dawg House is trying to be, which leaves open the possibility that its customers will make it whatever they need at the moment. (Luke Baumgarten)