After nearly 30 years of sharing the news with Spokane viewers, KXLY News anchor Nadine Woodward signed off her last broadcast in February. She thanked her viewers for giving her the chance to connect with them in their homes as a sort of family over the years. Her final piece of advice: "Stay classy, Spokane." (JJ)

As director of sports for KHQ, Sam Adams has helped tell the stories of champions big and small throughout the region. He joined the station in 2009, helped launch the SWX channel and loves calling a good play-by-play. (JJ)

If you watch a home Gonzaga basketball game, men or women, chances are you'll see two things: something to do with Riverfront Park and a stoic John Stockton found somewhere in the stands. That's as Spokane as Spokane gets. The all-time great point guard has left an imprint on the town and university and continues to do so. (TUCK CLARRY)

Dawson Reynier photo
It's hard not to love Rui Hachimura.

Few athletes' stories fit the narrative of superhero origin like Hachimura's. Zag fans have seen the Japanese-born baller grow into his body and superhuman powers. A floppy headed freshman made special moments that seemed to not only surprise the crowd but himself. And now we see his trajectory finally met and wish him well as he (inevitably) looks toward the NBA and — hopefully — leads his country to the Olympics. (TC)

Since 1990, Tom Sherry has helped his Spokane viewers decide between an umbrella or sunscreen on KREM where he now serves as chief meteorologist. His approachable and engaging forecasts have helped him dominate this category since 1995. (JJ) 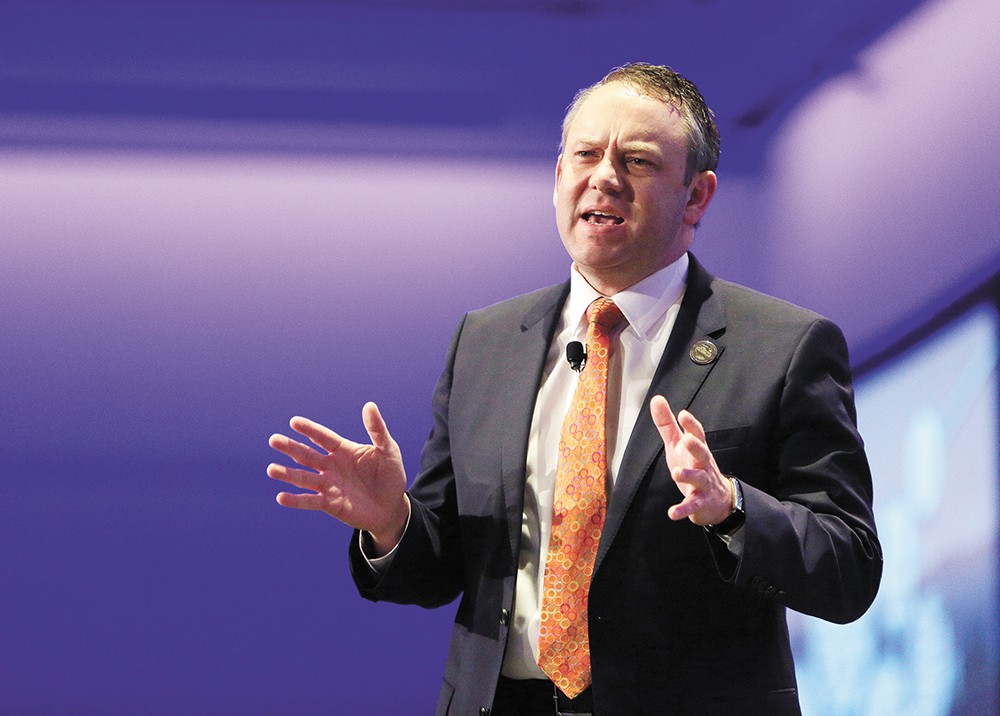 Young Kwak photo
Mayor Condon did what few before him could: He got re-elected.

There's a reason David Condon is the first two-term Spokane mayor in 40 years, and it's not his charisma. I mean, he's Microsoft PowerPoint in human form. You suspect his best bar story involves a histogram or that he may have dedicated a chunk of his wedding vows to utility rates. But damn it, the guy gets results. The conservative mayor's partnered with a liberal council to push for safer streets, cleaner rivers and more jobs. (DANIEL WALTERS)

A public records clerk is a thankless job. You're constantly sifting through piles of documents, navigating entrenched bureaucracies, parsing vague and sprawling records requests for things like "every city email with the word 'her' in it," and fielding harried phone calls from reporters facing down deadlines. Yet somehow, Tony Dinaro, a former project employee for the city of Spokane, still has that gleam of idealism. You get the sense he's on your team, frequently asking you how he can get you exactly what you need as fast as you need it. (DANIEL WALTERS)

Gonzaga Prep star Anton Watson just led the Bullpups to their second straight State 4A title. The dude posted a ridiculous 33 points on 16-of-19 shooting in the championship game. The game before, Prep dispatched Federal Way and Jaden McDaniels, who is already atop NBA draft boards. Watson, meanwhile, is committed to Gonzaga next year, so you can look forward to cheering for the 6-foot-10 versatile hybrid forward for years to come. (WILSON CRISCIONE)