Pertussis or whooping cough is here to stay. Should lifelong boosters become standard? 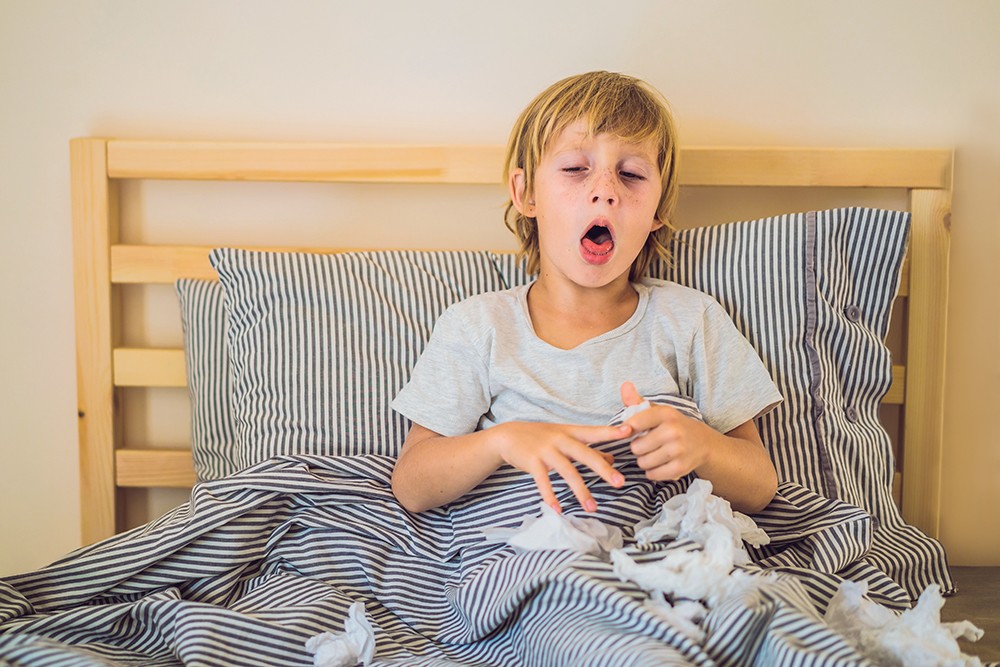 If common cold symptoms seem to be getting worse after a week, consider testing for pertussis.

Bordatella pertussis is the name of a nasty little bacteria that causes whooping cough. The "whoop" refers to the desperate, gasping sound that comes when a stricken person inhales after a violent jag of coughing. For infants, particularly those too young to receive their first pertussis vaccine, the illness can be life-threatening. Nearly 50 percent of children under 1 year of age in the U.S. who contract the illness require hospitalization. Despite the name, infants don't often even "whoop," they just have periods where they cough then stop breathing, or may have great difficulty feeding or require extra oxygen. Sadly, mortality is usually seen in infants who have never had a vaccine, and whose mother did not receive a recommended pertussis booster during the third trimester of each pregnancy.

You may be asking, isn't there a vaccine to prevent pertussis? The answer is yes — sort of. While there are many fewer cases or pertussis than there were before the vaccine was introduced in the 1950s, there may still be as many as 800,000 to 1 million cases yearly in the U.S. The original pertussis "live" vaccine (delivered as part of the diphtheria/tetanus/pertussis or DTP vaccine) often provoked unpleasant side effects including a high fever and it was replaced by an acellular version in the 1990s. But what has become apparent is that the acellular vaccine immunity wanes more quickly than the live type. After the last prescribed pertussis booster given around 10 years of age, the vaccine provides protection in seven to eight out of 10 recipients; five years after the booster, just three out of 10 still have protection. This is the conundrum: Whether one has had the disease, or has had either the live or acellular vaccine, humans just never have lifelong immunity to pertussis.

Couple that with the fact that pertussis symptoms are essentially indistinguishable from a common cold — runny nose, cough, sneezing, sore throat, low-grade fever — for the first two to three weeks, weeks in which the victim can spread the disease far and wide, and it becomes clear that pertussis is here to stay.

So while timely vaccination is absolutely essential for protecting vulnerable infants and young children from the ravages of whooping cough, what do we do about all the school-age children, adolescents and adults who may have had the effectiveness of their protection fade? Obviously, testing every kid with cold symptoms for pertussis is not practical. Instead, I would suggest considering the following: For most, common cold symptoms worsen for three to four days, linger a few days then start improving day by day over the next 10-14 days. So, for school-age children and adults, it would be reasonable to seek medical guidance, and consider testing for pertussis, if common cold symptoms seem to be getting worse, rather than improving day-by-day after a week. In infants and children under school age, there are many variables and more need for caution, so contact their health provider with any concerns no matter the length of illness. For those who have had close contact with someone known to have pertussis, testing for the disease may be a good option.

Even though the prevention is not perfect, vaccination is the best we have and it does continue to make a big difference in preventing serious illness in the most vulnerable. The current thinking seems to be that the expense of recommending regular boosters for the general population would not be cost-effective. Still, if it has been 10 years since you or your child got a Tdap booster, and especially if you will be in close proximity to infants or others that are vulnerable, you might consider getting a booster. Or get a booster for your own sake, because who wants to cough for 100 days?

Matt Thompson is a pediatrician at Spokane's Kids Clinic.

Tired of nagging kids to make healthy choices? A trip to the new interactive exhibit at Mobius lets them figure it out for themselves