The odds are stacked against young people these days. So, what are local grads planning to do?

By Young Kwak and Heidi Groover

They’re uninsured, unemployed and, depending on whom you ask, ungrateful for what they have or unprepared for what’s ahead of them.

Millennials — the teens and twentysomethings now in the process of forging their futures — are called spoiled and unfocused; they’re said to be ruining the housing market, the tradition of marriage and their parents’ pocketbooks. “Lazy, entitled narcissists,” TIME magazine declared. “Who cares about a career? Not Gen Y,” wrote Forbes senior editor-at-large Patricia Sellers.

But they also seem faced with losing prospects at every turn — most obviously when they go looking for a job.

On one hand, the choice to go to college is barely a choice at all anymore — college graduates continually see better pay and job prospects — but that path is more difficult as tuition rates balloon, resources to help pay for higher education are cut and debt piles on to the extent that, in a 1,400-person Wells Fargo survey, a third of millennials said they regret going to college at all.

When they want to break into career fields, young people are increasingly asked to do so for no pay — 93 percent of companies asked by the National Association of Colleges and Employers said they planned to hire interns in 2011 (that number was in the single digits in the 1980s) and about half are unpaid.

If they apply for part-time work instead, they often find themselves up against older adults with decades of work experience to their little or none, a trend left over from the recession despite its official end in June 2009.

Nationally, about 50 percent of people 16 to 24 were out of work at the height of summer last year, according to the Bureau of Labor Statistics. In the next rung, with 25-to-34-year-olds, more than a quarter are unemployed, have gone back to school or have given up looking for work. In 2011, that put the United States atop the list of big, wealthy countries, including France and Great Britain, for “nonemployment.”

In Washington state, 18-to-34-year-olds made up just a third of the workforce but 50 percent of the unemployed in 2010. In Idaho, more than a third of people ages 22 to 34 were unemployed in 2011, and drivers license data shows they’re leaving that state at higher rates than ever before.

Meanwhile, the people with the purse strings are investing elsewhere as the rest of the population ages. The federal government spends eight times as much on Social Security as it does on education, including Head Start and school meal programs. Nationwide, public universities are depending more on higher tuition than plummeting state funding. In Washington state, the State Need Grant, to help low-income students afford college, can’t keep up with demand. The program turns away one in four applicants, up from one in 50 in 2007, reports the Washington State Budget and Policy Center. According to the center, Temporary Assistance to Needy Families benefits have fallen since the ’90s when adjusted for inflation. In Washington, most of the people who use that program are under 30.

Michael Mitchell, a state policy fellow at the Washington State Budget and Policy Center, a think tank that brands itself as nonpartisan but promotes spending on social programs, says it’s dangerous to pit the old against the young.

“All those things work in tandem,” he says. “At some point every young adult was a kid and at some point, most of them will be seniors.”

But in a report the center recently titled “Maybe When You’re Older,” Mitchell writes that state lawmakers have cut programs for young people “just when they’re needed most.”

“We’re disinvesting in the future of our country,” says Mark Mattke, CEO of the Spokane Area Workforce Development Council. The group studies employment trends in the region and its Next Generation Zone helps young people find career paths. “We need to do a better job as a community of recognizing the value of young people.”

The council uses federal funding and a patchwork of grants to help about 3,000 young people a year. By studying local industries — looking for those that are growing and may be hiring in the future — the group is hoping to help young people beat a bad economy.

Caseworkers help them find career paths they’re interested in and entry-level work, guiding everything from getting them an ID or Social Security card to helping them study for the GED or fill out college applications. With federal and state funding dwindling, the council struggles to keep doing that work by partnering with other groups and downsizing certain areas. As money poured in from the federal stimulus, the council added a summer employment program, which paid young people’s summer wages at companies that couldn’t hire them but were willing to take them on to help with basic job skills and work ethic. But when the funding dried up, the program fell by the wayside.

Eastern Washington regional economist Doug Tweedy, who does surveys of Spokane-area companies to find out about openings and necessary qualifications, says the “No. 1 thing” they’re looking for from applicants is some type of work experience, like a summer job.

“[First jobs are] where you learn how to work,” he says, “just to show up and do that work.”

But the jobs young people have traditionally depended on for experience are drying up. Clerks and cashiers are being replaced with automated machines, and the areas of the economy that are growing, Tweedy says, aren’t where young people usually look for a first job: health care, manufacturing, scientific and technical fields, finance and insurance, transportation and warehousing.

While companies would prefer applicants with experience, they face a dilemma as Baby Boomers retire at quicker rates. Eventually the young applicants will be their only options. Tweedy says science- and math-focused education initiatives are paying off, but it’s not enough. He says high school students are putting off decisions about college and careers “far too long.”

He pushes young people toward internships, volunteer opportunities or mentors in fields they’re interested in — as long as those are the growing sectors. Now his department lists areas in decline, spanning everything from teachers and actors to chemists. He encourages them to look for opportunities, like data analysis or insurance jobs, which may only require an associate’s degree instead of four expensive years in college.

“There’s a lot of anxiety, but the anxiety, I think, is coming from the lack of direction,” he says. “Young adults have an opportunity here, but they have to be very focused and targeted. … It’s not going to be dropped in their laps. They have to get going.” 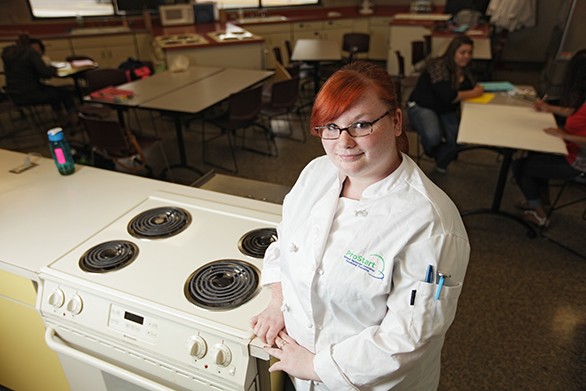