PHOTO EYE — Up For Debate 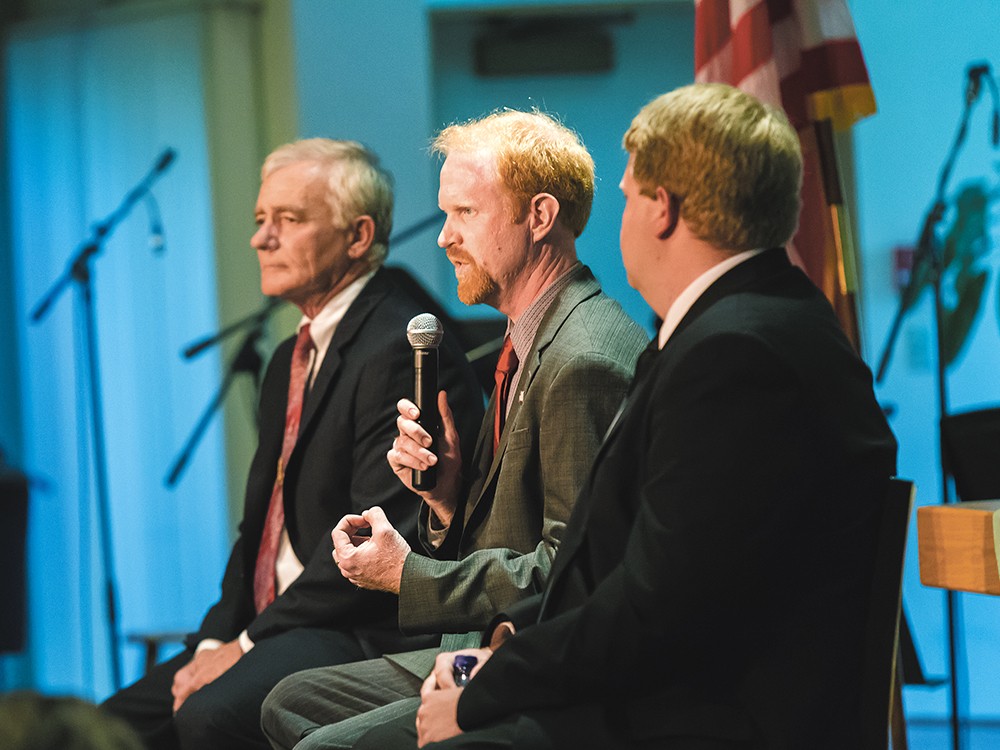 Stephen Schlange
State Sen. John Smith responds to a question at the debate where he faced off with Mike Brunson (left) and Brian Dansel (right).

The candidates’ views hardly diverged: All extolled small government, American cars and gun rights, and railed against Common Core standards, tax hikes and state-funded bike paths. Nevertheless, two clear front-runners emerged in the post-debate straw poll. Smith edged out Dansel, with 26 votes to the commissioner’s 22. Brunson lagged behind with four. The two candidates with the most votes in the primary will advance to the general election on Nov. 5.