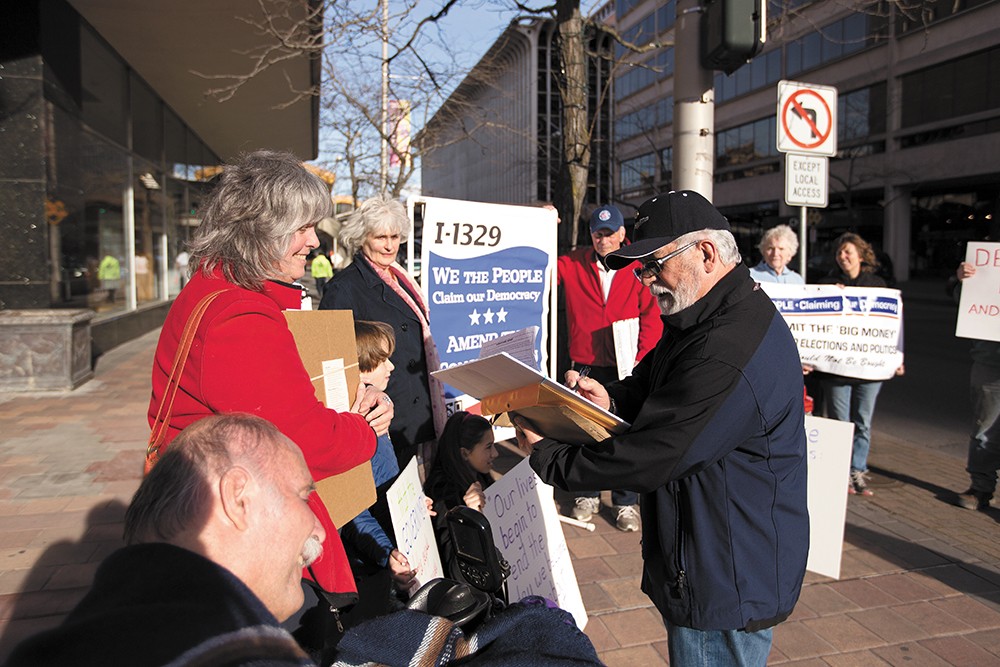 The U.S. Supreme Court — which has long held that campaign contributions count, to a certain extent, as political speech — recently issued a ruling eliminating the cap on total political donations. And last week, 11 people gathered on the corner of Wall Street and Main Avenue to protest the ruling. Former County Commissioner Bonnie Mager (left, in red) serves as WAmend's Eastern Washington field organizer, as Carlos Acevedo (right) signs the group's "We the People Claim Our Democracy" petition to get state Initiative 1329 on the ballot. If passed, Washington state would officially call for a constitutional amendment to clarify that corporations do not have same legal rights as people and to constrain financial influence in politics.