Top boxers converge on Spokane next week for national championships 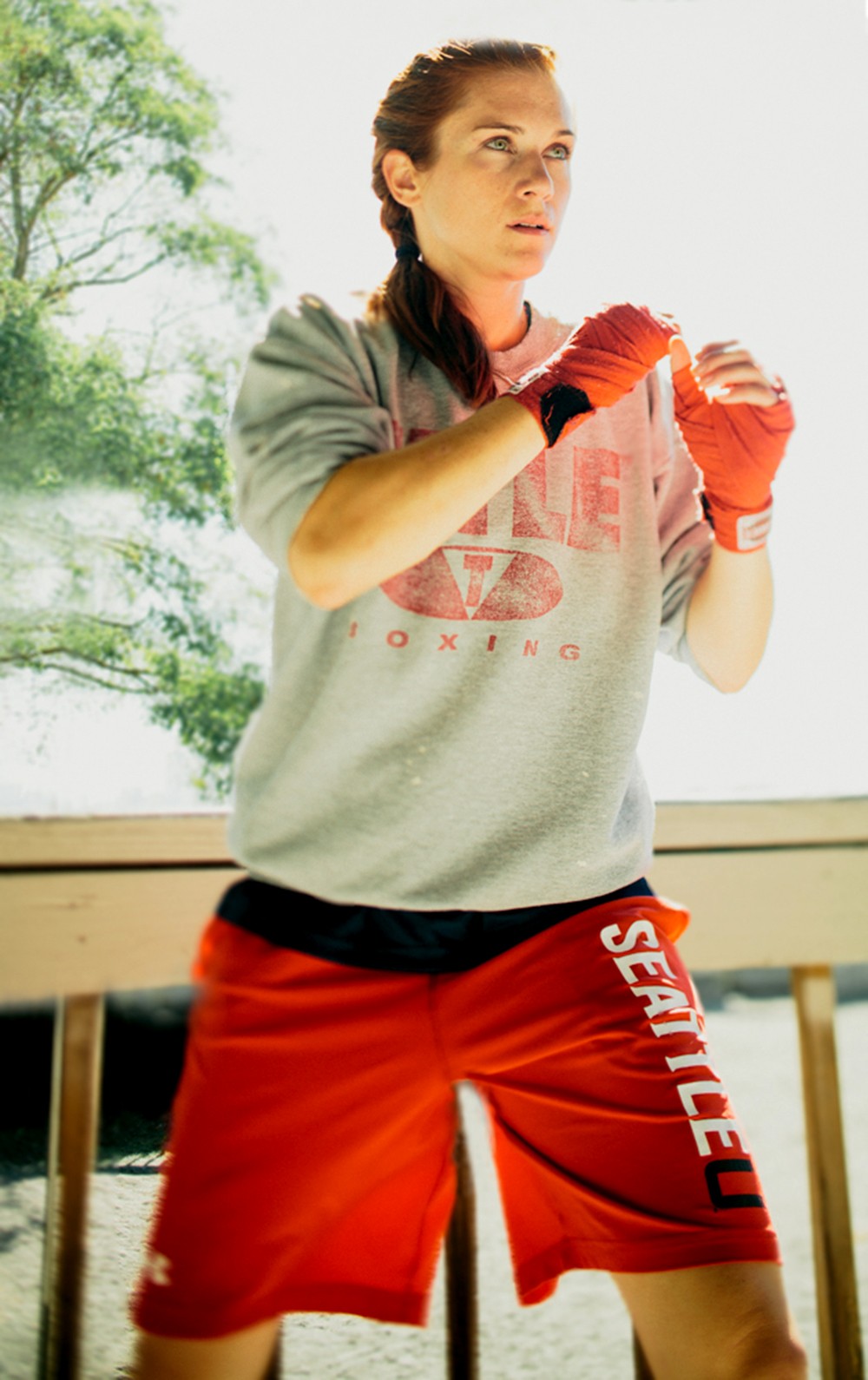 Nationally renowned boxers Jennifer Hamann and Nicholas Jefferson recognize it might be a little hypocritical to label mixed martial arts or Ultimate Fighting as too bloody or too brutal. They say they can appreciate the primal intensity of MMA, but it's the discipline and mental strategy that elevates boxing to a "Sweet Science."

"[In] MMA fights, people get slammed, bullied and things like that," Jefferson says. "But in boxing, you really have to use your head. You have to stay smart in this sport."

Jefferson, 21, fights at a wiry 141 pounds, light welterweight. He has competed in Olympic-style boxing since he was 8, winning a silver medal in last year's USA Boxing National Championships. The Tacoma native says he understands the popular appeal of MMA fighting.

"But if I had to choose, I would always pick boxing," he says.

Hamann, 28, agrees. A featherweight boxer out of Seattle, Hamann reigns as the defending champion of her weight class after winning the gold medal in the 2013 USA Boxing Nationals. She also was last year's Continental champion as well as the Washington Golden Gloves champion for 2012 and 2013.

"I fight better when I focus on being creative," she says of the mental side of the sport. "This year I just focused on relaxing and staying creative."

Both fighters seem eager for the upcoming 2014 USA Boxing National Championships, hosted for the second year in a row at the Northern Quest Resort & Casino from Jan. 20-25. Hundreds of the nation's top boxers are set to converge on Spokane next week for six days of back-to-back fights, serving as a rare showcase of strength and style.

"Boxing isn't just about being able to punch somebody in the head," Jefferson says. "It has an art to it."

Boxing spectators can take in a full week of fights, with preliminary bouts starting Monday and progressing through the quarterfinals and semifinals on Thursday and Friday, respectively. Championship fights will be held Saturday, Jan. 25. Several boxers from the 2012 USA Olympic teams will compete alongside other champion fighters and elite athletes from around the country.

Hamann says national championships involve a rigorous schedule of fights each day. Boxers draw for match-ups and fight times, which might result in, at most, one day off during a tournament, but Hamann says she would rather fight every day and maintain a steady rhythm.

Jefferson nods in agreement, but acknowledges it takes a toll.

"Throughout those days, if you don't have a bye, you're prepared to fight," he says. "It's fight, fight, fight... You do get tired."

Returning to Spokane to defend their titles, both fighters see different challenges. Hamann says 2013 served as a grueling gauntlet of high-stakes tournaments and intense training. She hopes to relax this year and focus on her personal development as a calculated boxer. But she still has a championship to defend.

"It's definitely harder," she says. "Last year, I was nobody, so I had nothing to lose... I want to come to this tournament to learn and have fun. I think that's my best chance of winning."

Jefferson says he still thinks of himself as an underdog. He doesn't want to get ahead of himself or let his guard down. His plan for this year's tournament: "Keeping poise, handling my business."

As two fighters circle each other in the ring, some will jab and dance. Others will tease, bait and counter. "Brawlers" will punch hard and wild, just trying to pummel their opponents. Hamann says next week's tournament provides a unique chance to compare different techniques.

"With such a big tournament, you just get to see different approaches," she says. "I love it. I watch all the fights because I want to see how people use their stance or throw their jab. The audience, even if they don't know anything about boxing, they can see the different styles. It's kind of fun."

Compared to team sports, Jefferson says boxing is very liberating. Boxers win or lose based on their individual passion, preparation and focus. You have to own your record. You can't blame anyone else. It's a pure form of competition.