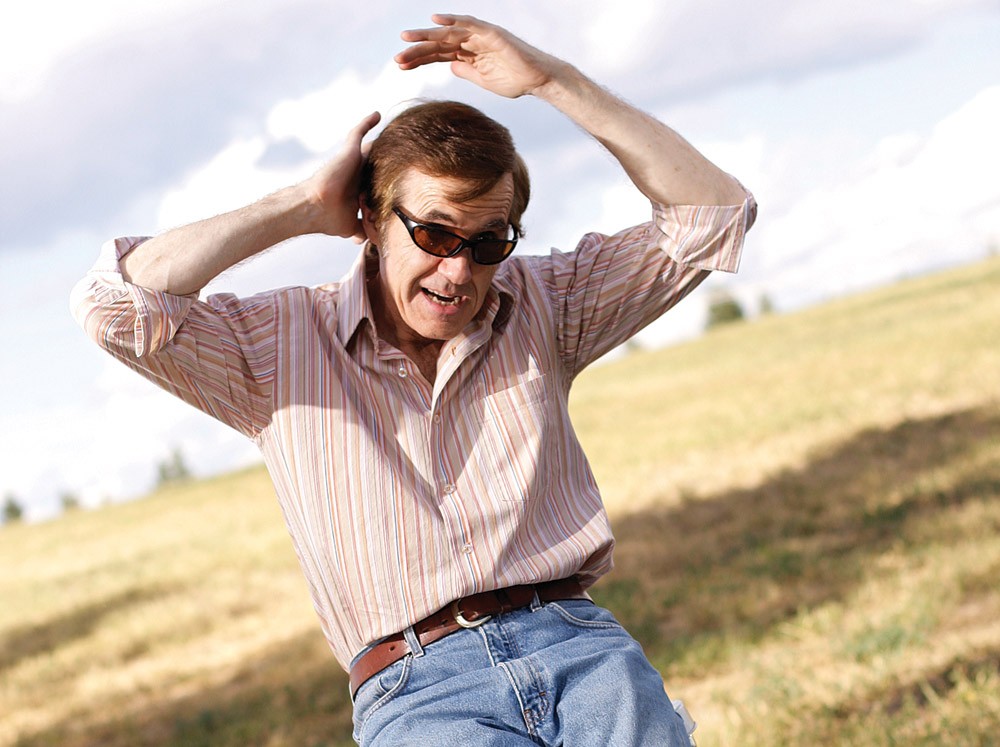 Young Kwak
Sha Na Na's Donny York near his home in Spokane Valley: "The music doesn't lose its appeal, no matter how old it gets."

It was the perfect slot. Sunday night, 9 pm, just before Jimi Hendrix. Between a monumental lineup of psychedelic rock bands and flower-power folkies, a greaser doo-wop band fresh from Columbia University played Woodstock.

But the unusual chain of events that followed — weather, drugs and hippie love — caused Sha Na Na’s slot to be pushed back just a teensy bit — until Monday morning at 9 am. Hendrix got next on at 11 o’clock and launched into his legendary take on “The Star-Spangled Banner.”

“It seemed less like a big rock concert and more like a Sunday morning Kiwanis Club pancake feed,” says singer Donny York. “People told us they remembered being there and being awakened by our performance. They thought they hallucinated us.”

Some probably did. The band’s cheesy choreography and gold lamé suits — old stage clothes from a production of Bye Bye Birdie — would have been quite the morning visual after a 15-hour LSD ride.

York, then 20, wasn’t even brave enough to step off the stage and watch another act. The band members packed up their U-Haul and headed home. Following the 1970 release of the Woodstock movie, Sha Na Na became immersed in Woodstock culture. (They were in the film for about 90 seconds.)

“At the time, I believed that ‘Woodstock Nation’ meant something,” York says. “That music and rock ’n’ roll had a cultural, transformative power. We thought we taught the rest of the world that socialism works.”

Forty years later, York admits that his socialist days are over. In fact, he’s a die-hard capitalist — just a guy who likes to spend time with family in Spokane Valley.

Now, when asked about dates and locations in his career, he intermittently sings, slaps his knee and massages each temple. It was all so long ago.

In contrast to their Woodstock gig, Sha Na Na’s 1978 appearance in the movie version of Grease feels like a better fit. (They were the band at the dance contest in the film and contributed five tracks to the mega-selling soundtrack.) Maybe it’s the hair — they use K-Y Jelly on those pompadours — or the costumes and old-school sock-hop persona that creates the familiar association.

“Like Woodstock, Grease was another case of not realizing how big it was going to be,” York says. “It seemed a bit cheesy and it was a stupid theme to put a musical around. At the time, I was just glad it wasn’t an embarrassment.”

But it couldn’t be all happenstance. There’s a reason why this nostalgia band that plays no original material has lasted so long. It’s because of the infectious two-minute song, a novelty hook and repeatable chorus that you can dance to, York says.

Sha Na Na’s music is like a giant heap of good ol’ Americana pie — academics have even speculated that the rediscovery of 1950s music and culture that hit during the ’70s (seen in Happy Days and Grease) was triggered by their Woodstock performance. The group certainly capitalized on it, with a TV series that ran from 1977-81.

“The music doesn’t lose its appeal, no matter how old it gets,” York says.

“I’ve been a journeyman rock ’n’ roll star all my life,” he adds. “I’m starting to worry about losing my girlish figure in those sleeveless shirts, but we’ll keep playing music as long as we can hobble onstage.”

Speaking of Pig Out In The Park

CONCERT ANNOUNCEMENTS: Sleater-Kinney, Pig Out in the Park and Mike Watt