PIG OUT IN THE PARK: 2017 Hall of Fame Inductee 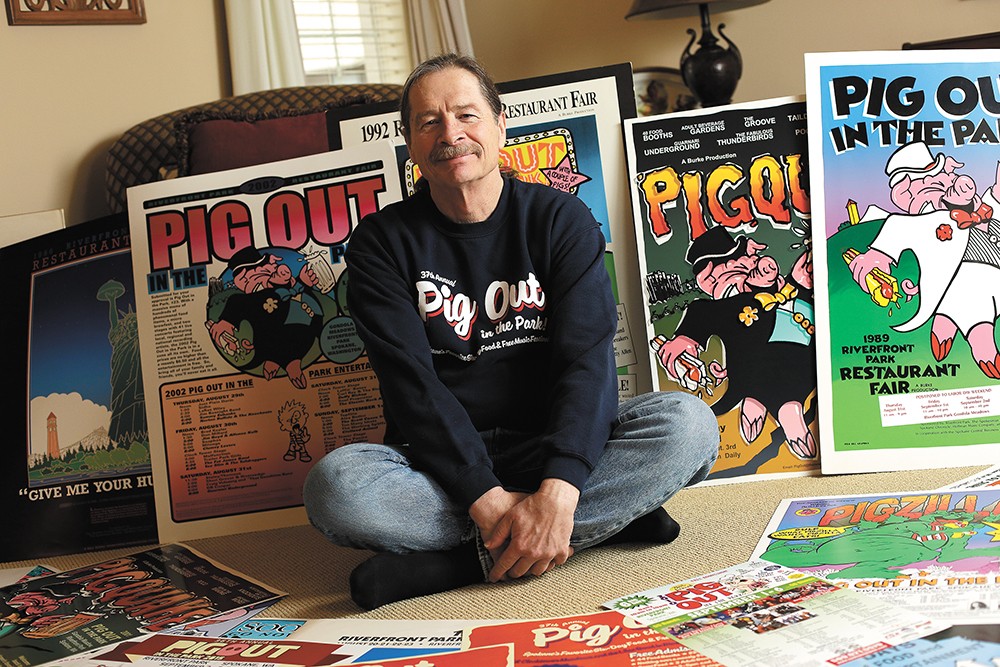 The way to a community's heart, to repurpose an old axiom, is through its stomach.

That's probably why Pig Out in the Park is celebrating not only its 38th year as a festival, but its 10th year of being ranked as Spokane's premier food and music event, earning it a spot in the Best Of Hall of Fame.

Bill Burke has been organizing the popular food festival since its inception, when he "stole some great ideas" from cities across the country and put them together in a single affordable event.

"Pig Out has really become a big party now," he says. "It's exciting, it's fun. Last year we had 110,000 people attend. We had more food sales than ever. It's amazing how many people continue to join the Pig Out fanbase. We've hired almost 2,000 bands and given [the music] to everybody for free. And that's the original premise of what Pig Out was about: a big, free music festival."

Along with music trends, he's also watched foodie fads change over the decades:

Yet despite — or maybe because of — its continued growth and changing culinary trends, Burke says that Pig Out in the Park has become an immovable feast in the city's summertime calendar.

"Everybody tells me they come back because it's the end-of-summer bash in Spokane. It's the big deal," he says. "I run into people now who are in their 30s, and they come up to me and say, 'I remember when my mom and dad used to take me down to Pig Out.' We've seen generations now. I'm now dealing with the children and grandchildren of the vendors that I originally started Pig Out with. That's kind of weird."