If you receive state benefits, should you be able to withdraw cash at an ATM without an extra penalty? 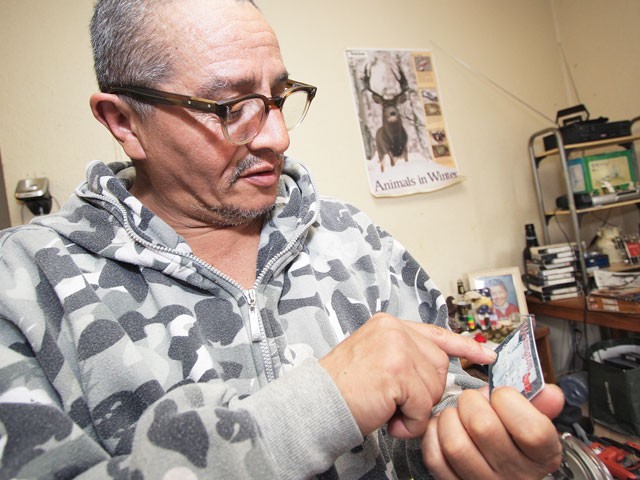 Ricardo Meza had a mystery. He knows there is a fee of $2.50 for using his Quest card at an ATM machine. The receipt told him so. But when he checked his balance, it showed $3.35 was taken from his state benefits during the transaction.

What’s up with the other 85 cents, he asks? “People are already being charged $2.50 to use the card [at an ATM],” Meza says. “People at the last end of the rope. Now you are being charged more to use your own money? No. Enough.”

Kathy Spears, a public affairs spokeswoman at the state Department of Social and Health Services, says DSHS charges the fee as a way to steer Quest card users to grocery stores.

The primary function of this modern take on food stamps is food and household goods, she says.

There is no DSHS transaction fee on cards used at groceries or other “points of sale,” Spears says. “And they can get cash back there.”

A worker at a Spokane grocery says, “there is a food side and a money side,” to Quest cards, so cardholders can buy both food and nonfood items at the same time.

But Meza says he prefers to buy household, nonfood items at a discount store that doesn’t take EBT cards.

“I can’t get toilet paper or soap or shampoo with food stamps — I have to pay cash. So I like to get cash and go to the Dollar Store where everything is 99 cents,” he says.

Some groceries give cash back on Quest cards, he says, while “others never tell you.”

He lives in low-income housing that isn’t close to grocery stores anyway, Meza says, and he finds himself using nearby ATMs despite the steep user fees that are charged.

“A lot of us are living at the end of the line, and they are charging us for using the card? Come on,” he says, critical of the additional DSHS 85-cent charge for using cash machines.

“I’m just pissed about it because every time I use it,” he says. “It bites me in the ass.”

Spears acknowledges that it is frequently expensive to be poor in America, but she reiterates that the main function of the EBT card is food, not cash. Cardholders receive instructions, she says, about the intended use of the cards and information about the fees.