BPA rears its hormone-altering head again in an unlikely place. 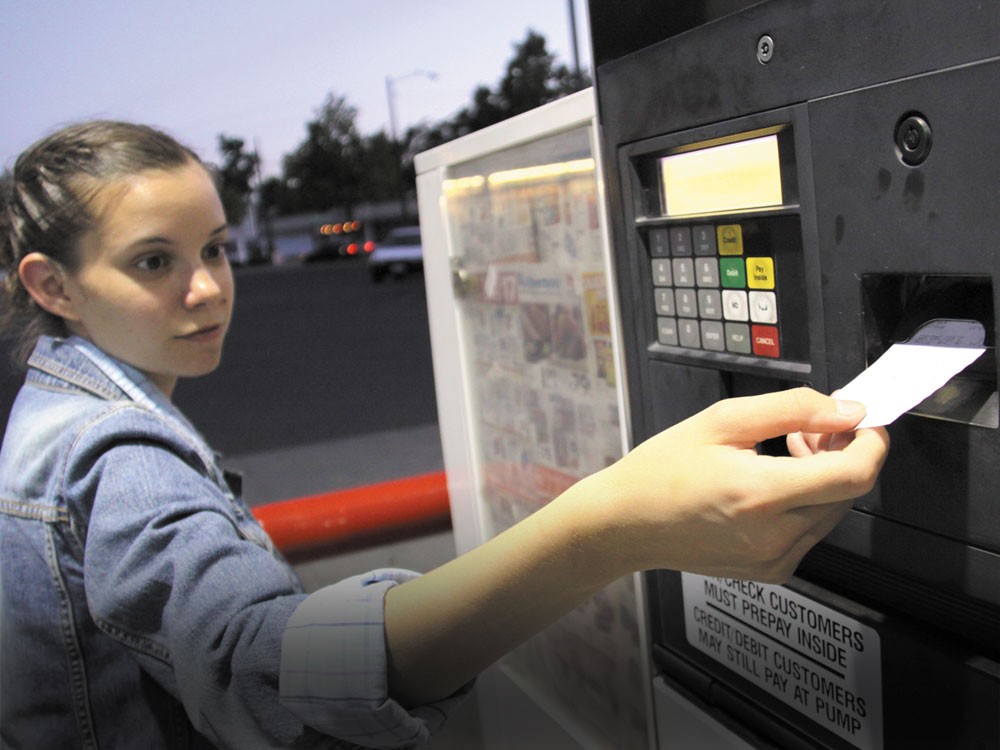 Joe Pflueger
Many receipts are laced with BPA.

It consumed the minds of parents for months. Scientists investigated it and TV news stations ran segments on its potential harm to humans, including a CNN special report “Toxic America.” Canadian activists wrote a book called Slow Death By Rubber Duck and parenting websites issued brazen warnings to pregnant women.

In the early 2000s, an army of citizens, scientists and politicians began to wage a war on bisphenol A, commonly known as BPA, and its use in reusable water bottles, metal food cans and baby bottles. In March, Gov. Christine Gregoire signed a law banning the use of BPA in baby bottles and other children’s products.

But they may have missed a doozy. New research from John Warner of the Warner Babcock Institute for Green Chemistry, a group that works to create products free of harmful chemicals, says we could be facing BPA exposure every time we sign a credit or debit card receipt.

Traditionally valued for its nearly unbreakable strength in plastics, BPA also makes possible carbonless copy paper, which Warner learned about during his tenure at the Polaroid Corporation in the ’90s. The thermal technology behind the paper makes it laced with BPA, Warner says.

One side of the receipt paper is coated with BPA, the cashier hands you the receipt, you apply pressure with a pen and your signature appears. Without BPA, the signature wouldn’t show.

The chemical is notorious for its hormonal effects. The National Toxicology Program at the National Institute of Environmental Health Sciences has studied BPA and expressed “some concern” (a midway point on their official concern scale) about the chemical’s effects on the brain function, behavior and prostate glands in fetuses, infants and children. Both the FDA and the EPA announced plans for further studies of the chemical this year.

Warner says exposure to BPA from receipts could be more dangerous — in quantity and concentration — than plastic bottles, but his study has not been officially published or peer reviewed.

“When people talk about polycarbonate bottles, they talk about nanogram quantities of BPA,” Warner told Science News magazine. “The average cash register receipt that’s out there and uses the BPA technology will have 60 to 100 milligrams of free BPA.”

McCullough says he is aware of some of the dangers of carbonless paper, like skin and nose irritation, but doesn’t think the BPA concern is reason for panic. Federal public health experts have studied the issue and would make a definitive statement about the risk to lower agencies, like Spokane’s Health District, if there was serious concern, he says.

Library staff in Eugene, Ore., found out about the research in a write-up by their local paper. They saw the threat as real, and as a result the town’s three public libraries switched to BPA-free receipt paper this month.

“We really wanted people to associate coming to the library with an experience that was totally positive and healthful in every way for their family,” says Connie Bennett, director of Eugene Public Libraries. “So we didn’t want to be giving them poisonous receipts.”

Other libraries have contacted her with questions about how to switch, and patrons — those who notice, at least — are pleased with the small “Printed on BPA-free paper” message they find at the bottom of their receipt, she says.

Robert Roose, manager of Spokane Public Libraries support services, says administrators at Spokane’s libraries were not aware of the threat of BPA in receipt paper, but he hopes they libraries will look into it.

Janelle King, head cashier at the Main Market, says even if the jury is still out on the danger posed by this most recent BPA threat, it’s not far from her mind.

“I handle receipt paper all day, so I think about it a lot,” King says. “It’s definitely a concern knowing how readily environmental toxins enter through the largest organ in your body.”